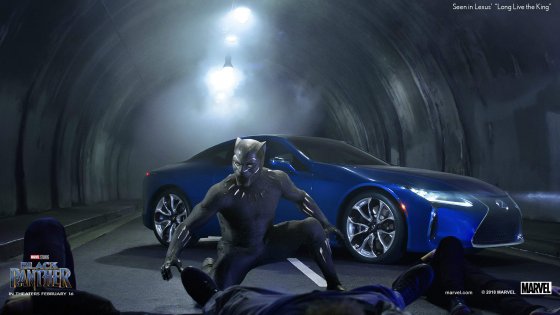 Welcome to our yearly ranking of automotive Super Bowl commercials. Super Bowl 52 was noticeably less packed with automotive advertisements than years past. In fact we only counted 11 during the game itself, and several brands from our previous lists sat out this year. In recent years we’ve noticed a shift to focus less on the heartland male, and more on appealing to a younger more liberal and diverse audience. However that trend was not as apparent this season.

The advertisements themselves were as diverse as the companies they were pitching for, but at the end of the night, some clear winners rose to the top for us. After a year of difficult politics and conflict, we found ourselves most captivated by the light-hearted and humorous commercials this time. Below are our Top Ten Automotive Commercials from Super Bowl 52. Did we miss one of your favorites? Do you disagree with our order? Let us know via social media.

While obviously well-intentioned by the folks at Ram, this was easily the most controversial commercial of the Super Bowl. We appreciated the sentiment and the visuals, but this one probably shouldn’t have made it past the idea stage. Many viewers cringed at the concept of using Dr. Martin Luther King’s words to essentially sell pick-up trucks. At the very least for Ram, this commercial got noticed, and will probably be the subject of more commentary than any other.

We couldn’t decide between these two, and since they went together thematically, we grouped them together here on our list as well. With these spots, Toyota is looking to shine a light on their role as the Worldwide Mobility Partner of the Olympic and Paralympic Games. They aren’t really car commercials, so we had difficulty ranking them much higher on our list. However they do foreshadow a trend towards mobility that we expect to see more of in future years.

We always love a good Jeep commercial, but we’d prefer to see less of the concrete jungle and more of the Cherokee doing Jeep stuff. Of course the bulk of Cherokee customers spend more time on roads than they do in creek beds, so this likely hit the mark for their customers, while it didn’t delight us as much as the Wrangler spots. We like it when the road ends.

This spot from Hyundai clearly tugs at the heart strings, and delivers the message that Hyundai helps support research to end Childhood Cancer. It’s a cause that we can all get behind, but something felt a bit off about the way the message was delivered. As the official car sponsor of the NFL, Hyundai likely dedicates more budget than any other brand towards football, and we’re not convinced they’re getting their money’s worth. They actually had a second commercial which aired during pre-game that we enjoyed more : Ref to the Rescue.

One Team from Toyota combines humor with heart, and delivers a message of unity. The only thing missing was a “Coexist” bumper sticker on the back of the Tundra. For a religious themed commercial, it wasn’t preachy, just fun. It honestly felt like a commercial for a sitcom, that we would totally watch.

We understand that the sexy Lexus LC 500 is actually featured in Black Panther, one of the most highly anticipated movies of the year. Combined with this Super Bowl commercial for the Lexus LS 500, we have a feeling that partnership is going to help them sell some product. We’ve driven the vehicle (it’s excellent), and now we’re pumped to see the movie too. While we’ve been a tad critical of some Lexus Super Bowl commercials in the past, this one was a big win. Long Live the King!

Our two most highly anticipated cars of 2018 are featured next at #3 and #4 on our list, and no commercial during the Super Bowl made us want to get behind the wheel of a vehicle more than this spot from Jeep. There are tons of Wrangler owners out there that Jeep wants to encourage to upgrade to the new JL, and this is exactly the type of no-nonsense advertising that is going to get them into dealerships to consider buying a new rig. When we get the chance to review one, we believe this commercials gives us permission to climb a waterfall with it. We’ll let you know how that goes.

The Kia Stinger is our car of the year (feature coming soon) and this commercial helps tell the story of why. It’s straight sex, and can perform on a track better than cars that cost twice as much. This commercial likely serves as a coming out party to many Americans, who may not yet have heard about the 365 horsepower Stinger. Steven Tyler and Aerosmith appeal to a fairly wide age range on the demographics, and we all wish we could turn back the clock. We were a bit confused by the Emerson Fittipaldi cameo, until we realized he was more prominently featured in the teaser. We’re hoping he’ll be the focus of a follow-up commercial in the near future.

This Icelandic Vikings commercial from Ram was the most humorous of the automotive commercials this year, although the punch-line is butchered a bit in this YouTube version. We don’t recall if the screen shows PHI vs. NE in the broadcast version, but it does in the even better extended cut. Truth be told we had trouble deciding between this and #1 on our list, but knocked it down a peg due to the overall success that we thought Jeep had when compared to Ram in totality. This one aired early in the game and unfortunately got overshadowed a bit by Ram’s second commercial.

Our #1 Super Bowl Automotive Commercial for 2018 wins with a combination of humor, nostalgia, and rugged Jeep fun. Jurassic Park is one of the biggest movies of all time, and the scene with Jeff Goldblum riding in the back of the Jeep is iconic. This recreation with the new model was immediately relate-able and does a great job of showing off the new Wrangler. The ad ends with a joke and the Jurassic Park theme song (which still gives us the feels). Well done Jeep, this is everything we want from an automotive Super Bowl commercial.

Want more? Check out our lists from previous years :