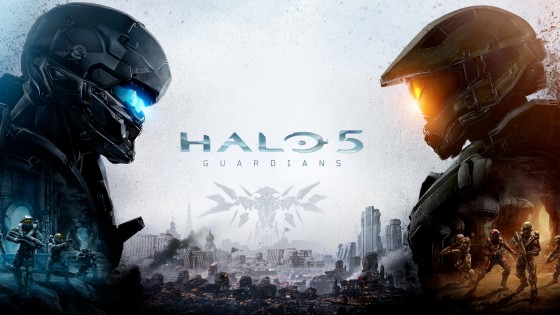 Less than 20 years ago, people of all ages lined up outside electronic stores just hoping to be the first person to own the latest Halo game. Now, you can simply wake up, hit download, and voilà, you’re live playing Halo 5. The ability to purchase video games on a disc is becoming a thing of the past and the gaming industry is loving the increased profit margin that digital downloads enable.

Over the last few years, the video game industry has seen a growth from an estimated $77 billion in revenue in 2012 to the most recent estimates of 2015 which are nearly $125 billion. In just four years, the revenue has risen nearly 40%. That increase can be attributed to the need in every home for a media center that is a one stop shop for all your entertainment needs without having to click between devices. The Xbox One allows you to watch Netflix, Hulu, Youtube, and several other video streaming apps while also being a 3-D blu-ray player and workout buddy. You can own an Xbox One and never even play a video game.

Since 2015 marks another year of growth in the Gaming Industry, let’s celebrate by taking a look at the best Video Games of the year. As we say goodbye to 2015, below we list our ten favorite games of the year.

Details: Since 1982,when The Empire Strikes Back was released on the Atari 2600, Star Wars video games have been making fans happy, to an extent. The franchise has released over 100 titles across all platforms but Star Wars Battlefront is the first one to give the fans something they have craved from day one, reality. The multiplayer maps are breathtaking and will put a smile on even the most pessimistic Star Wars fan’s face. The maps for the first release include maps on the planets of Hoth, Sullust, Endor, and Tatooine. The Battle of Jakku is the first DLC expansion pack available for download and there are still another 4 expansion packs set to be released during 2016 which will add another 16 maps.

Final Statement: Star Wars Battlefront is not difficult to master and that has caused some hardcore gamers to not give this title the love it deserves. Trust us when we say that flying the Millennium Falcon is the coolest thing you will ever get to do in your gaming life. The bar has been raised for the Star Wars gaming future and this title is worth every single dollar they are charging. ($60 for game, $50 for the Season Pass)

9. Rise of the Tomb Raider 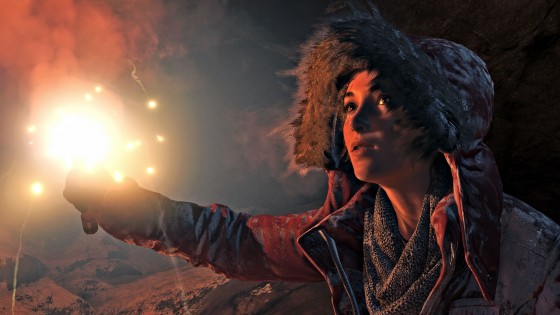 Details: Rise of the Tomb Raider marks the 11th game released in the franchise’s history and it just might be the best one yet. If you wondered what the original Tomb Raider would be like on today’s consoles, you can stop wondering because Rise gives you exactly what you are looking for. It is bigger and better than the first one while also keeping the Tomb Raider appeal we all love.

Final Statement: The reboot in 2013 was good enough to spawn a sequel and just like Tomb Raider II, this sequel is going to break records. 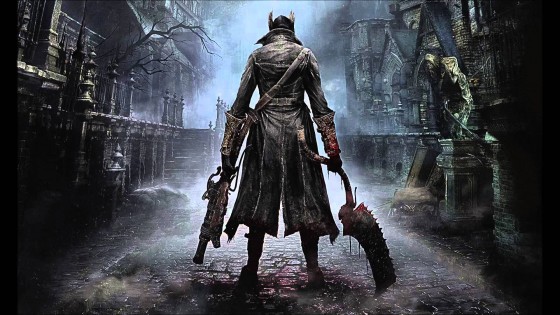 Details: Just like a movie, a video game needs to have a great story to be considered great. Bloodborne has a dark storyline that is not the easiest game of the year which can make it more intriguing to gamers. Besides the challenging gameplay, the game gives you everything you can ask for from a Hidetaka Miyazaki directed game.

Final Statement: The future of gaming is being full immersed in a World through Virtual Reality. Bloodborne achieves this without the headpiece or glasses.

Details: Her Story is the most unique game you will get to play in 2015. The game stars Hannah Smith as a woman being interviewed about her husband who went missing before being found murdered. You get to be Sherlock Holmes and truly solve the case without a linear storyline forcing you to make choices. You get to watch videos and find keywords to help unlock more video tapes until you can finally solve the story. The biggest obstacle is trying to figure out what questions were asked as you are only given the answers without any background.

Final Statement: Overall, this game is controlled by the decisions you make and is an interesting change from the video games with the amazing graphics, detailed sub-plots, and complicated gameplay. As simple as this game might seem, it is far from that and is one of the best games of the year.

Details: Halo 5: Guardians brings us back to the days of Halo 2. It is graphically solid, not overly amazing, but the gameplay and multiplayer leave no doubt that this game is going to be back for another few titles. If you remember the Halo 2 story, with the cliffhanger ending, then you will love this one too.

Final Statement: Since this title is exclusive to Xbox, it does not allow much room for new PS4 players to switch. It is good but not good enough to make you want to move over to a Playstation, not yet.

Details: For the first time in the series, the batmobile is capable of being driven and it is as awesome a ride as anything you can imagine. The villains drive the story as you are forced to battle against Harley Quinn, The Scarecrow, Penguin, and Two-Face. The story is anything short of perfection for a Batman game which is the reason you will forget about any flaws and just enjoy what you paid big money to play.

Final Statement: You are traveling deeper into Batman’s psyche than ever before while being given the keys to Gotham, where there is more to do than in any of the previous titles. Rocksteady did a great job for their final installment of the Batman series. 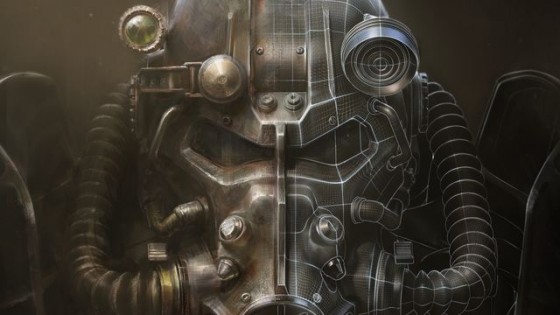 Details: The open world setting in Fallout 4 is amazing. Your adventure depends completely on the path you choose in any direction you go. The story works and the entire World is full of places to explore giving you so much to do, it will keep you busy for hours.

Final Statement: This is the best Fallout game yet. It is setting up for an incredible 5th installment, whenever that may come. 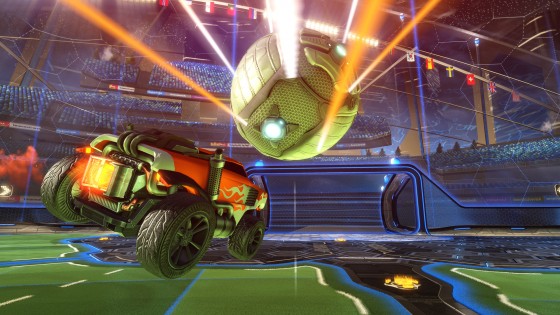 Details: Demolition derby meets professional soccer only instead of people, you get a rocket-powered car. How can that not be fun? It is going to suck you in long before you realize you are part of its’ World.

Final Statement: Do we really need to dive deeper into this game? It is simply the most exciting game anyone can play with their friends.

Details: Finally, a game that gives you the chance to create your own World while still slightly being held accountable for the story trail. This game grows as you begin to learn it so do not be afraid to give it a try.

Final Statement: There is only one game standing in between Metal Gear Solid V and the top spot, and it is…

Details: The Witcher 3: Wild Hunt is simply the best game of 2015. It takes everything people loved about Red Dead Redemption and mixed it with Skyrim to form an open world game that as amazingly stunning to watch as it is to play. And the one thing that separates this game from all the rest is the story and characters. A lot of games have solid storylines but have moved towards graphics rather than plot, not The Witcher 3. This is the game of the year, hands down.

Final Statement: The bar has been raised for 2016.