The Toughest Kickers in NFL History 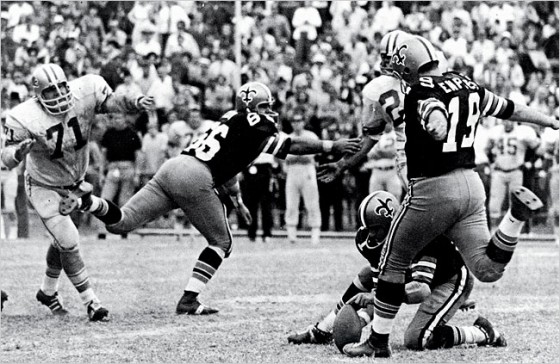 Most NFL fans take kickers for granted. This is hardly surprising because we tend to believe most kickers are pansies who can’t tackle, run, or drink beer without asking mommy dearest for permission to do so.

Thankfully, there have been several tough kickers who have graced the NFL with their ability to tackle, throw, block, pass, overcome adversity and occasionally kick an important field goal. Here are five from the last 60 years.

John Hall played during the 1990s and 2000s for the New York Jets and the Washington Redskins. He makes this list because he was widely regarded as one of the hardest hitting kickers during his time with the Jets. Hall earned this reputation when he knocked out a defensive end during a preseason game against the Falcons. His career 74.6% field goal accuracy wasn't bad either. 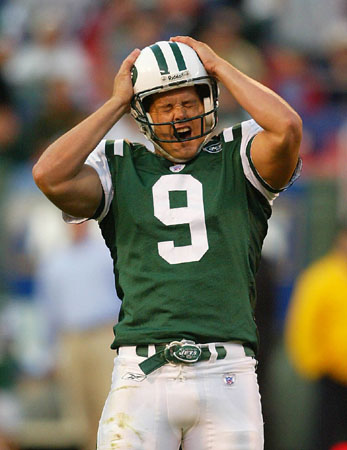 Neil Rackers has spent the last 11 seasons in the NFL with the Cincinnati Bengals, Arizona Cardinals and Houston Texans. His 80.0% career field goal accuracy is one of the 40 highest of all time since the 1970 AFL-NFL merger. He has shown his physical toughness many times during his career by tackling kick returners during kickoffs. His most famous tackle occurred against the Tennessee Titans in 2011. 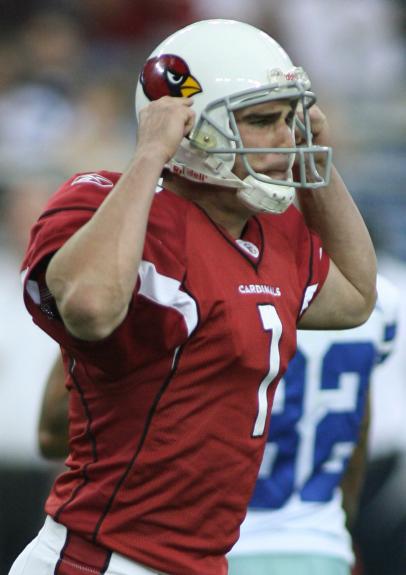 George Blanda enjoyed a 26-year career in the NFL as a quarterback and a kicker for the Chicago Bears and Oakland Raiders. This dual role might you think it’s stupid to add him to a list of the NFL's toughest kickers. However, he makes this list because he often displayed tremendous mental toughness while playing both positions under pressure at the same time throughout his career. His most memorable game as a kicker and a quarterback might have been the 1970 AFC title game when he kicked a 48-yard field goal as the Raiders’ kicker and threw for two touchdowns as the Raiders’ substitute quarterback. 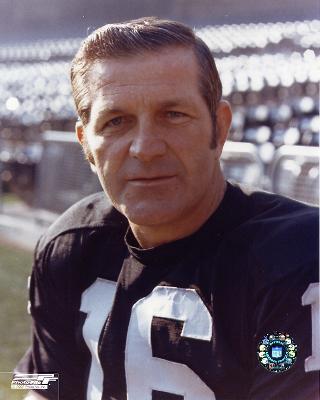 Tom Dempsey is one of the toughest kickers to have ever played in the NFL because he overcame being born without toes on his right foot to become one of the best kickers in the NFL during the 1970s. You might remember him for his epic 63-yard field goal that beat the Detroit Lions during a 1970 regular season game. He is now a teacher at a private school in Metairie, La. 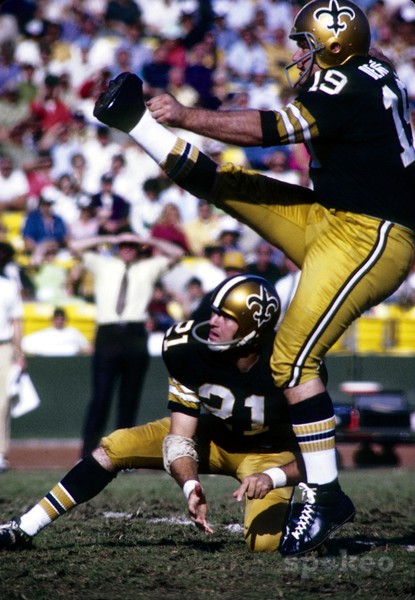 Lou Groza was a clutch kicker and a hard-nosed offensive tackle who played 21 seasons with the Cleveland Browns during the 1940s, 1950s and 1960s. Many contemporaries consider Groza to be one of the mentally toughest kickers of all time because he could be counted on making an important field goal when it mattered the most. Moreover, he was also known for his hard-nosed blocking techniques that helped the Cleveland Browns establish one of the NFL's most potent running games during the 1950s. As a result, it's easy to see why many football historians consider "The Toe" to be the toughest kicker who ever played in the NFL. 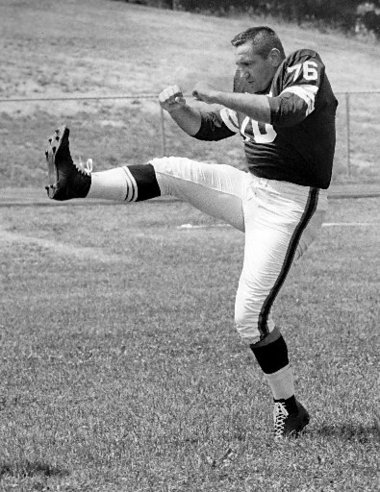