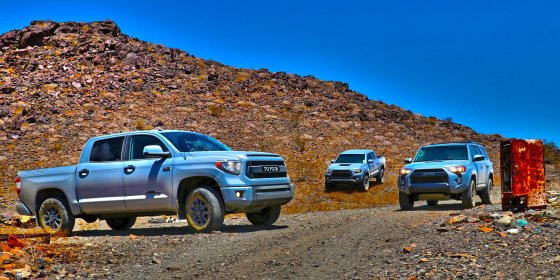 The TRD Pro Series is Toyota’s line of their most off-road capable trucks, with proven engineering and toughness to help you explore places that aren’t found on most maps. While there is plenty of sexy TRD Pro badging both inside and outside the vehicles, this is far from just an appearance package. For 2017, TRD Pro is offered on Tacoma, 4Runner, and Tundra. Depending on the model, it can include more capable tires, shocks, skid plates, a locking rear differential and more. Recently we joined up with the guys from Mantripping.com and TheGentlemanRacer.com for a Men Who Blog trip to the Joshua Tree area of California. Our goal was to push Toyota’s TRD Pro vehicles to the limit, and to leave no man (or truck) behind. 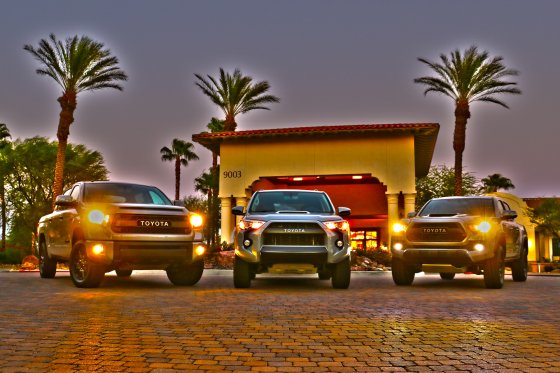 Our adventure began at Marriott’s Shadow Ridge in Palm Desert, CA, the perfect desert oasis for a trip with the guys. We ignored the fabulous golf in the area, and instead headed straight for Joshua Tree National Park. Our steed for this desert trek was a 2017 Toyota Tundra TRD Pro, while Man Tripping drove the 4Runner TRD Pro, and The Gentleman Racer helmed the new Tacoma TRD Pro. The Tundra is a fine truck indeed, but its dimensions and weight aren’t as suited to off-road trail driving as the more compact Tacoma and 4Runner. Clearly the most skilled driver volunteered for this challenge. 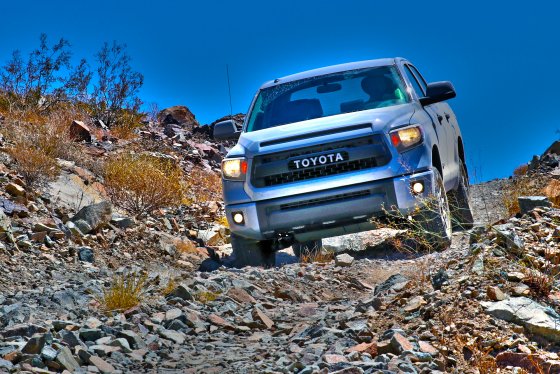 After a quick stop for a park pass, we started with the easy stuff, sand covered roads labeled “4-Wheel Drive only”. The TRD Pro trucks ate these up with pleasure, pushing speeds of 65 miles per hour where we quickly discovered the faster we went, the smoother the ride felt. However more and more rock appeared on the trail as we approached the mountains, and soon we found ourselves exiting Joshua Tree National Park and driving at more sensible speeds in BLM territory. That stands for Bureau of Land Management, and it apparently means, “You’re on your own, bring a gun.” The area was populated with abandoned gold mines, and every scrap of metal we found was rusty and riddled with bullet holes. 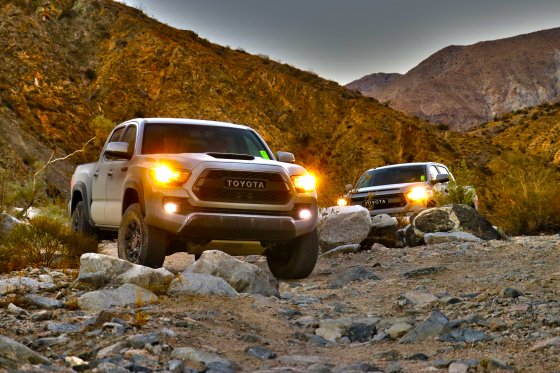 Much to our delight, we began climbing trails meant for Jeeps, of the tiny Wrangler variety. Still, everywhere the Tacoma and 4Runner went, we made the cement colored Tundra follow. It handled every obstacle with ease, although some very narrow trails with steep drop-offs had us clutching the steering wheel extra tight. While less nimble than its TRD Pro brothers, the Tundra did prove to be more comfortable and spacious, and served as a great gathering spot for our mid-day lunch. After 10 hours of exhilarating off-road driving in the 110 degree desert, we finally returned to paved roads as the day turned into night, and the locals gathered at the edge of BLM territory to fire their guns off into the sunset. Check out our video below for a taste of the epic off-road adventure :

Thanks to Mike from The Gentleman Racer for the drone footage, and to James from Man Tripping for the photographs utilized in this feature. We worked together as a team to produce our coverage, but also to navigate the trails successfully with minimal damage. Collectively we suffered from two flat tires and some light scratches in the clear coat, which is relatively unscathed considering the test that we put Toyota’s TRD Pro Series through. We emerged with a new found respect for what the vehicles were capable of, and are looking forward to hitting the trail again. Check out our reviews from when we previously drove the 2016 Tundra TRD Pro and 2017 Tacoma TRD Pro for much more detail. 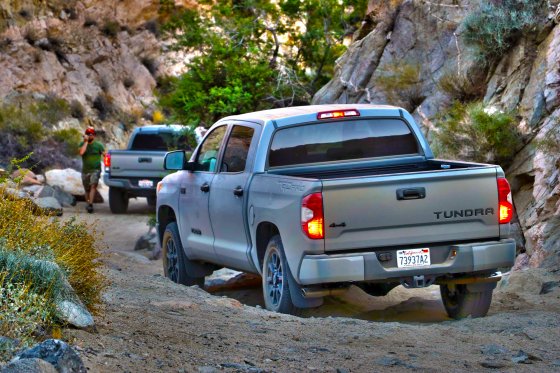 Responsible off-roading requires drivers to tread lightly (remain on designated trails), and to never go out alone. We were fully prepared for any situation and stayed in close contact thanks to radios provided by Midland. Communication on the trail is very important, and where we went, there were no cell phone towers. You can enjoy some of our radio banter in The Gentleman Racer’s video. 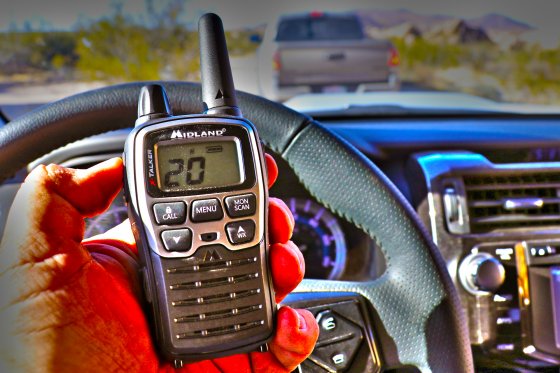 Thanks to Toyota, Marriott, and Midland for making this trip possible.