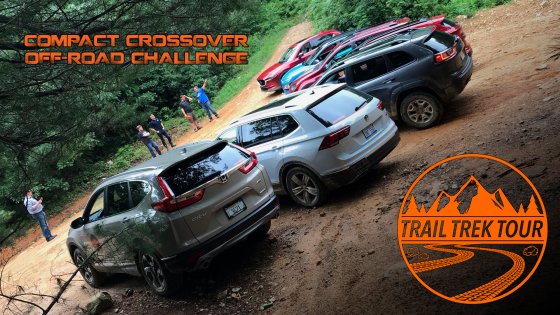 Woodstock, VA (June 23, 2018) – The inaugural event of the Trail Trek Tour was a tremendous success, as seven vehicles proudly completed the Compact Crossover Off-Road Challenge. Hand-selected automotive media gathered in Woodstock, Virginia to pit sponsor-provided Compact Crossovers against each other in an off-road challenge. Over the course of five hours on two trail rides in George Washington National Forest, media judges switched vehicles every half hour and despite heavy rains overnight making the conditions extra challenging, not a single vehicle needed assistance completing the trail. 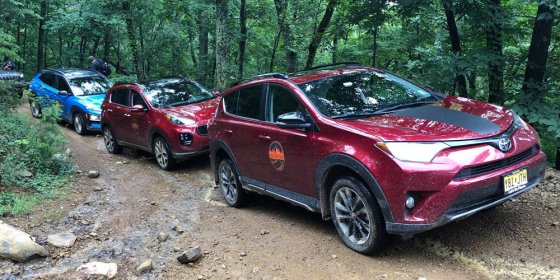 “We set out to prove that these compact crossovers are far more capable than most customers realize, by running them on a trail that many would think they had no business even attempting. The trail difficulty may not effectively come across in photos and video, but this truly was a challenge for these vehicles, and they emerged on the other end of the trails triumphantly. Seven stock compact crossovers competed on grueling trails for five hours, and the only casualty was a single tire that took a rock to the sidewall. The recovery straps and winch we brought along just in case, were not needed on this day. All of the participating brands should be very proud of the results and their customers should find confidence in the capability of these vehicles.” – Philip Van der Vossen 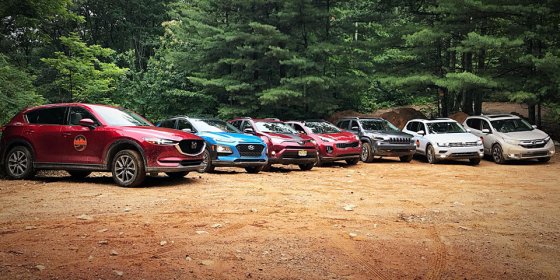 The seven Compact Crossover Off-Road Challengers were the 2018 Toyota RAV4 Adventure, 2018 Kia Sportage, 2018 Mazda CX-5, 2018 Volkswagen Tiguan, 2018 Honda CR-V, 2019 Jeep Cherokee Trailhawk, and 2018 Hyundai Kona. The Tiguan was the largest of the group at 185.1″, and the Sub-Compact Kona was the smallest at 164″ (a full foot shorter than the Sportage). All non-luxury automotive brands were invited to compete in the Compact Crossover Off-Road Challenge, however some opted not to participate in the event. 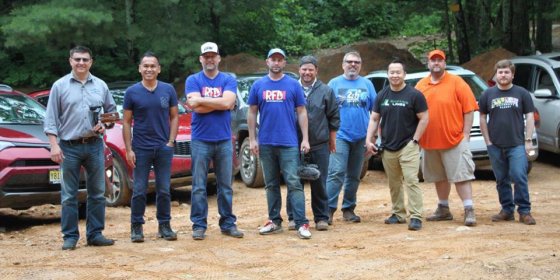 After completing a full day of trail rides, the challengers were ranked by the media judges in three distinct categories; Capability, Utility, and Style. The 2019 Jeep Cherokee Trailhawk took top honors for Capability, the 2018 Volkswagen Tiguan was ranked first in Utility, and the 2018 Mazda CX-5 was rated highest in Style. Those category rankings were then combined to determine the overall winner of Trail Trek Tour’s Compact Crossover Off-Road Challenge, the Jeep Cherokee Trailhawk. The Cherokee was the only crossover in the competition with four-wheel-drive and all-terrain tires, so the judges were not surprised to see it emerge victorious. However the Volkswagen Tiguan followed very closely behind in the overall rankings, and the Mazda CX-5 finished both third overall, and third in Capability. 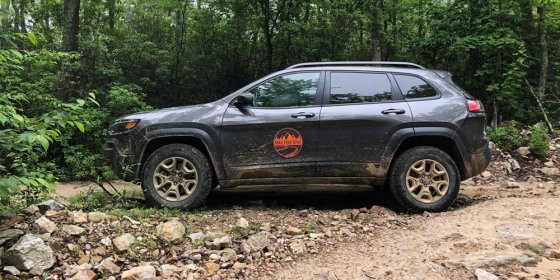 “The Jeep Cherokee Trailhawk is the very deserving winner of the Compact Crossover Off-Road Challenge. It is a famously capable vehicle that ate up the terrain with ease, and was eager for more. While the Jeep set the pace on the trail, we were impressed that the other crossovers didn’t back down to the challenge, and with a bit more diligence in choosing proper lines, were able to successfully navigate the same trails without any trouble.” – Philip Van der Vossen 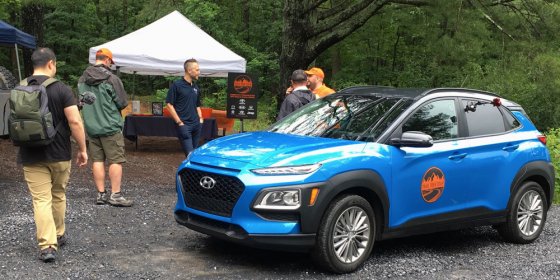