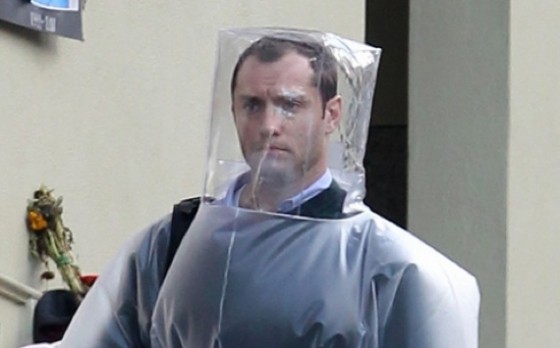 In an effort to scare the living feces out of us yet again, Hollywood is rolling out another oh-my-God-we’re-all-going-to-die-from-an-excruciatingly-painful-unknown-airborne-virus movie. This one is aptly titled, Contagion. It’s got an Oscar-winning director at the controls (Steven Soderbergh) and a cast of heavy-hitters that includes Matt Damon, Kate Winslet, Marion Cotillard, Jude Law, Laurence Fishburne, Bryan Cranston and Gwyenth Paltrow. With such talent on board, this flick must be damn good. Right? Maybe not.

Number one, it’s being released September 9th. September ain’t summer and it ain’t winter, which means it’s the month (along with February) where studios dump stuff they don’t know how to properly market. Number two, we’ve all seen Outbreak and Contagion looks VERY similar, except there’s no monkey to blame for spreading the disease. I mean the flick looks fantastic, but Soderbergh is a master at lighting and cinematography, so that should come as little surprise. I’m just not feelin’ it based on the trailer. Judge for yourself.