Media > Movies > The Trailer for Goon (It’s a Hockey Movie)

The Trailer for Goon (It’s a Hockey Movie) 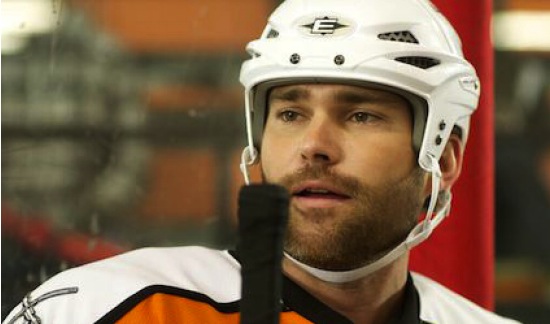 I’m not sure why any of the creative geniuses in Hollywood would bother making another hockey movie as long as Slap Shot lives and breathes in the annals of filmdom. C’mon, people. Are you really going to improve on Paul Newman’s Reg Dunlop and the incomparable Hanson brothers? I think not.

Nevertheless, there are two, not one, hockey flicks scheduled to be released in the near future. The first one is called Goon, about a bouncer who fulfills a lifelong dream of punching toothless Canadians in the face while ice skating. It stars Seann William Scott, Jay Baruchel and Liev Schreiber. A frat boy, a skinny dork and a Jew. If that doesn’t scream hockey, I don’t know what does. At least Scott was born in Minnesota and Baruchel in Ottawa, so they presumably know how to handle a puck.

The second opus on ice is called Hit Somebody, which is allegedly Kevin Smith’s last movie. Hopefully that one will be better because based on the trailer, Goon seems to be lacking, um, what’s the word I’m looking for… oh yeah, originality.