The Trailer For Safe House 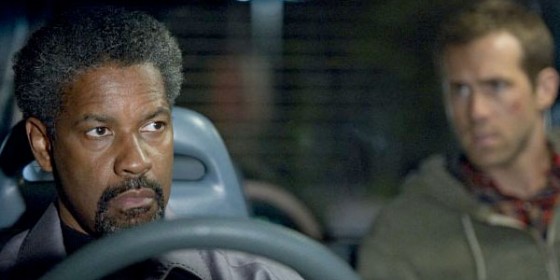 Uh oh, there are a couple of rogue CIA agents causing a ruckus down in South Africa while attempting to uncover a government conspiracy. Shit’s about to get real, yo.

That’s (basically) the plot of Safe House starring Denzel Washington with his salt and pepper half-fro and Ryan Reynolds with his gorgeous twelve-pack abs of granite. Explosions, gun battles, fist fights, car wrecks, flannel shirts and haircuts. What more can you ask for in an action flick? Well, gratuitous nudity would be nice, but beggars can’t be choosers.

It looks decent, but I’m always leery of anything released in February. Last February gave us The Roommate, Just Go With It, I Am Number Four and Unknown. See what I mean?