You know, normally we’d say that never have so many talented people been gathered into one place just to collect a paycheck. But this movie features Brooke Shields, in her return to feature filmmaking anybody might actually go see, so that’s one knocked off the talented list, anyway. 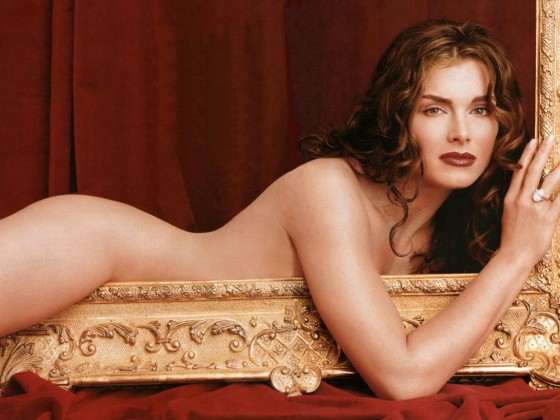 OK, maybe she has some talents.

Anyway, we’re trying hard to figure out what makes this movie more painful. Is it Brendan Fraser, who was once considered a movie star, mugging desperately to pay off the mother of his illegitimate children or perhaps his exceptionally well-armed bookie? Is it the cheesy special effects? Is it the cloying environmental message? Is it the fact that there is not a single identifiable original joke in the entire movie?

No, we think it’s a lot worse: this script used to be a horror movie. Actually, it already WAS a horror movie: this is the same plot as Australian cult classic “Long Weekend”. And just look at this title. Imagine it. A naive young screenwriter submits his horror movie script to a producer and gets that fabled call. He sits down with the producer who sparks a cigar and says…

“Kid, I love the script. Just love it. I’ve got a few notes, though. Can we tone down the blood?”

“Sure, Mr. Producer. It’s really about the message.”

“Yeah, the message, everybody loves the green message these days, that’ll sell great. Listen, kid, I also need you to put in a few jokes.”

“…Jokes?” The screenwriter trembles in fear.

“Sure, jokes. You know, make it accessible to kids. We’ve got all these raccoons and shit, so kids are going to want to go see it. So jokes. Oh, wait, wait, I’ve got a good one!”

The screenwriter waits, looking into the producer’s gleaming eyes.

“He gets into a porta-potty, right? And it tips over!”

The screenwriter, at that moment, feels his soul sucked from his body as he realizes he values paying the rent and being in the film business over integrity, and, oddly, an overwhelming need for heroin, a drug he has never tried.

“Do you want me to change the title?”