A Tribute to Archie Bunker 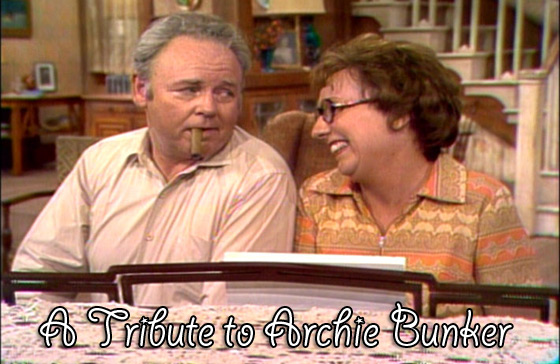 January 12, 2011 marks the 40th anniversary of the debut of All in the Family, which gave us television’s most lovable bigot, Archie Bunker, played expertly by the late, great Carroll O’Connor.

First, let’s watch the best opening credits theme song for any sitcom, ever. 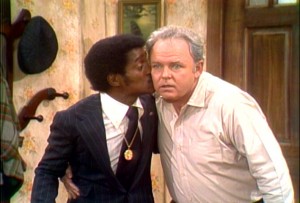 “No bum that can’t speak poifect English oughta stay in this country…oughta be de-exported the hell outta here!”

“Why doncha get some chinkypuncture?”

“Entertainment is a thing of the past, today we’ve got television.”

“Sit right down there, seniorora.”

“There’s nothing wrong with revenge – it’s the best way to get even!”

“The only thing that holds a marriage together is the husband being big enough to step back and see where the wife is wrong.”

“It ain’t supposed to make sense; it’s faith. Faith is something that you believe that nobody in his right mind would believe.”

“We hold these semi-animal meetings.”

“Was Uncle Oscar’s death very untimely, you ask? Well, it was near lunch.”

“Sticks and stones may break my bones, but you are one dumb Polack.” 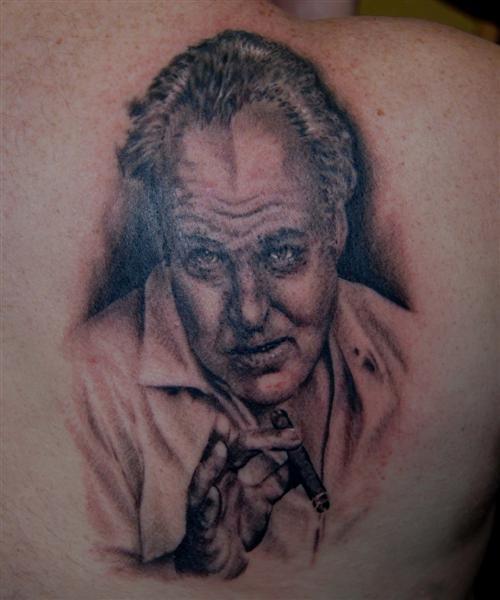 There was no Archie Bunker doll that I could find, but there is a doll of his grandson, Joey Stivic. The box says “This drink and wet doll is a physically correct male.” CREEPY. 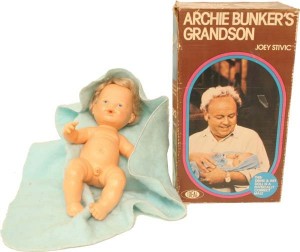 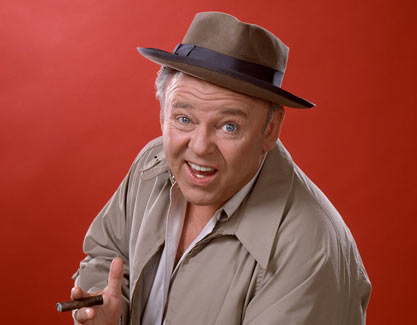 Archie Bunker. Those were the days, indeed.