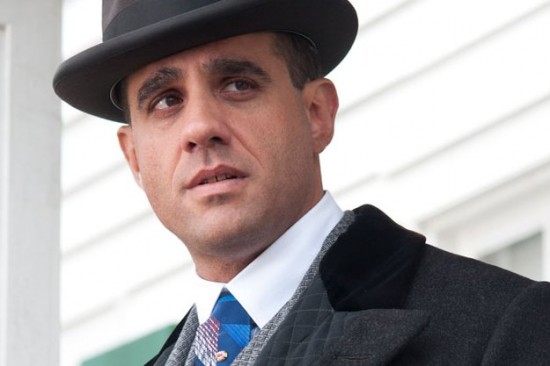 Giuseppe Colombano “Gyp” Rosetti is the villain in the third season of HBO’s prohibition era drama Boardwalk Empire. Played expertly by actor Bobby Cannavale, Rosetti is a cross between Virgil Sollozzo (The Godfather) and Tommy DeVito (Joe Pesci in Goodfellas), causing trouble amongst gangsters while making the other bad guys look like respectable people.

The son of a Sicilian brick-layer, Rosetti came from nothing and is destined to build a criminal empire with the help of New York crime boss Joe Masseria. He has a huge inferiority complex and often intimidates people first in conversation, then with violence. Nucky Thompson (Steve Buscemi) says of him, “You’re a man who can find an insult in a bouquet of roses.”

Read more about Rosetti at the Boardwalk Empire Wiki. 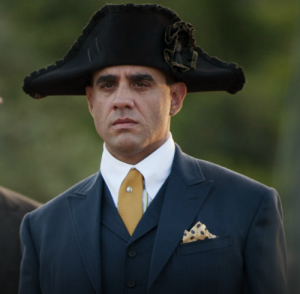 That’s okay, I wasn’t really interested in finishing my thought.”

(to Arnold Rothstein) “You smug kike midget, creeping around like a fucking dentist with the ether.”

“Everyone’s a person, alright? So how else could they take it?”

In church, to Jesus: “I just need to get this said. With all due respect, You put me down in this game. I didn’t ask for that. Not even a handshake. Make me want things. Things I can see; that I can almost touch. Then You take ’em away. Not for me, right? Everyone else, but not me. I’m what? A mistake You made? Like some leftovers. And I’m supposed to go through my life… no friendship, no love ’til I’m pissin’ in my bed. Coughin’ up blood on the sheets- then I’ll know right? Then it’ll all be clear. Put it in front of me, take it away- Why would You do that?! Just to screw with me? What kind of sick FUCK thinks that way? I’m supposed to trust You? Based on the treatment so far?! What are You up to, huh? I’m here. I’m listenin’! I’m ready for any kind of explanation!” 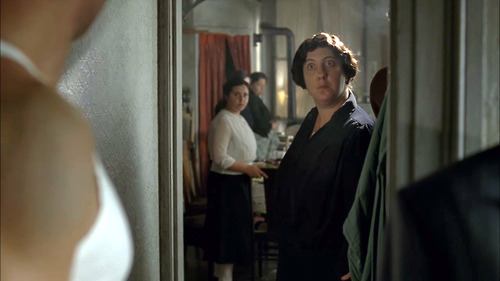 Yikes. No wonder he spends a lot of time away from home and cheats on her with hot gingers.

But none of this is really shocking. After all, we’ve seen crazy gangsters before. What sets Mr. Rosetti apart from others, not just on the show but on TV or movies in general, is his love of autoerotique affixation, and HBO shows it in all its glory.

Cannavale on the Red Carpet

Is Rosetti Based on a Real Character?

To no one’s surprise, Rosetti dies at the end of Season 3. R.I.P to one of the most sadistic, twisted mobsters on television. 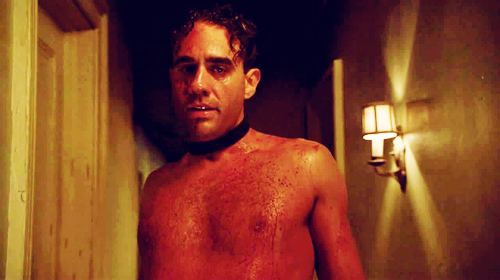