Media > Movies > A Tribute to The Shawshank Redemption’s Bogs

A Tribute to The Shawshank Redemption’s Bogs 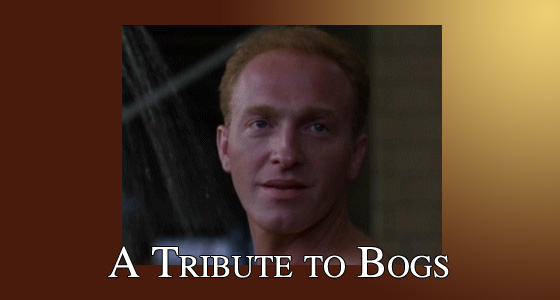 Bogs Diamond, played creepily by Mark Rolston, is the bull queer in a prison gang known as the Sisters in The Shawshank Redemption (available on Blu-ray DVD). Therefore, this isn’t one of those good tributes, because Gunaxin does not endorse male prison rape, which is the Sisters’ main objective. However, he is an essential character in defining life behind bars, and without him we learn that peace and harmony still does not exist. Therefore, had Bogs not been in the movie, Andy would have been a little less sore while busting out of prison, and not much else would’ve changed.

Before we begin, please note that according to the script and the book, Rita Hayworth and the Shawshank Redemption, it’s spelled Bogs, not Boggs.

Why We Hate Bogs

Believe it or not, the Sisters have their own theme music, composed by Thomas Newman. It’s quite a good piece, despite the fact that it’s about bull queers. Give it a listen: 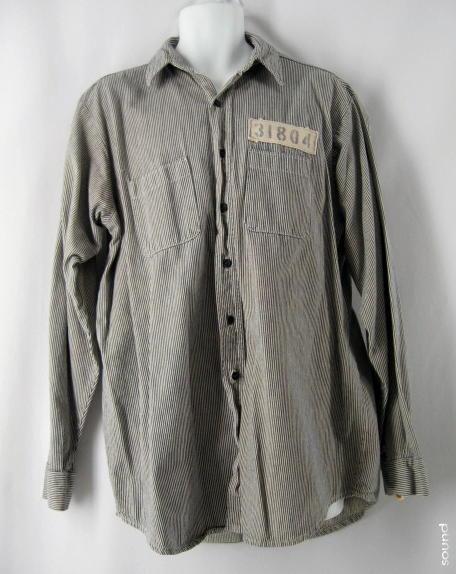 [Bogs sizes Andy up]
Bogs: Hey, anybody come at you yet? Anybody get to you yet? [Andy looks at him in puzzlement]
Bogs: Hey, we all need friends in here. I could be a friend to you. [Andy walks away]
Bogs: Hey… Hard to get. I like that…

Bogs: Now, I’m gonna open my fly and you’re gonna swallow what I give ya to swallow. And after you swallow mine you’re gonna swallow Rooster’s cause ya done broke his nose and I think he oughta have something to show for it.
Andy: Anything you put in my mouth you’re gonna lose.
Bogs: Naw, you don’t understand. You do that and I’ll put all eight inches of steel in your ear.
Andy: All right. But you should know that sudden serious brain injury causes the victim to bite down hard. In fact, I hear the bite reflex is so strong they have to pry the victims jaws open with a crowbar.
Bogs: Where do you get this shit?
Andy: I read it. You know how to read, you ignorant fuck?

The Last of Bogs – As a Mentos Commercial

As a result of this beating, Bogs is said to “spend the rest of his days drinking through a straw.”