A Tribute to Back to the Future’s DeLorean Time Machine 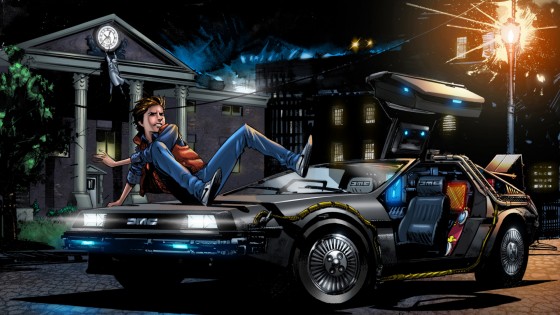 This post brought to you by Universal.
The content and opinions expressed below are that of Gunaxin.

This year marks the 30th Anniversary of a worldwide cultural phenomenon and the highest-grossing film of 1985, Back to the Future. By far, the most iconic object from the Back to the Future Trilogy is the DeLorean Time Machine that was built by Doctor Emmett Brown. 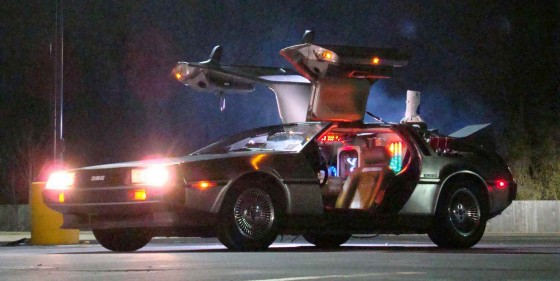 The DeLorean DMC-12 was produced by John DeLorean’s DeLorean Motor Company in the American market from 1981-83, and its futuristic design made it the perfect choice to be featured as a Time Machine by Robert Zemeckis. The sleek sports-car made of brushed stainless steel and featuring gull-wing doors is now better known for its movie role than it is as an actual car. In the movies the DeLorean travels between 130 years of history, from 1885 to 2015. 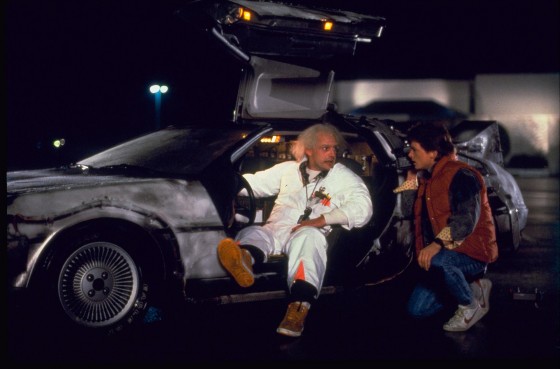 The beloved DeLorean from Back to the Future is one of the most copied movie vehicles in existence. In fact, it’s harder to buy a DeLorean that has not been converted into a BTTF tribute vehicle than it is to buy one in its original state. Of course much of the conversion takes place inside the vehicle, which is home to the key to time travel, the Flux Capacitor. The other main component of the interior is the time circuits that display the destination (red), present (green), and last-departed (yellow) dates and times. 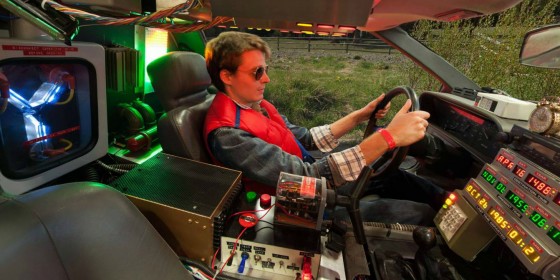 In the films, the DeLorean must reach 88mph in order to activate the flux capacitor and travel through time with the help of plutonium or 1.21 gigawatts of electricity. The vehicle itself was plagued with technical issues through the movie series, which is partially what caused Doc and Marty to be transported to unexpected time periods. 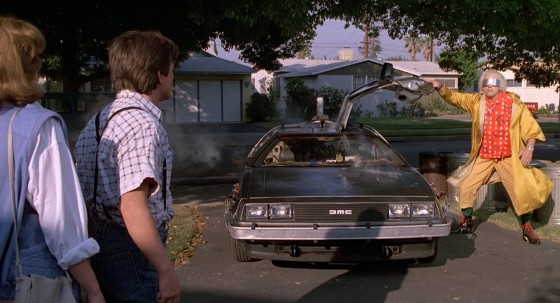 During Doc’s first journey to 2015, the DeLorean was converted to use garbage as fuel with Mr. Fusion, replacing the nuclear reactor. Doc also has the hover conversion installed, making roads unnecessary to reach the requisite 88mph. Of course if the fuel line is damaged you may need a locomotive to get up to speed. 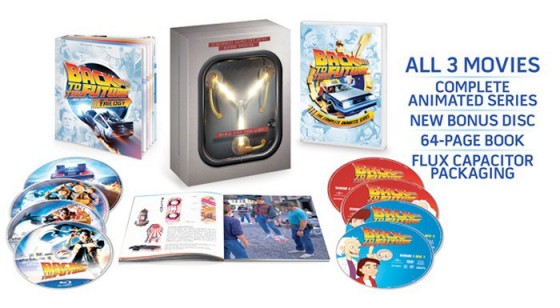 In Back to the Future II, Marty travels to October 21, 2015. That made it the perfect date for Universal to re-release the Back to the Future series in a 30th Anniversary Blu-Ray Set. Check it in the video below and see the Official Facebook Page for more info :

The DeLorean is our favorite movie car for many reasons, but we want to know, what is your favorite scene featuring the time-machine in the Back to the Future series?