A Tribute to Iron Maiden’s Eddie 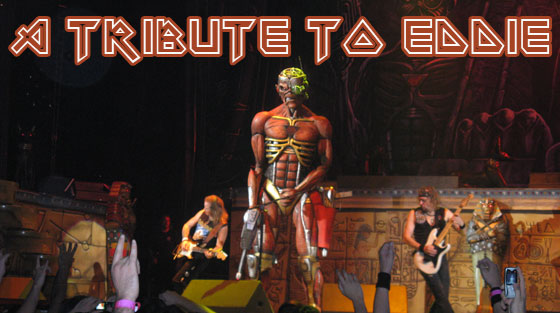 Credit a chap named Derek Riggs for coming up with the best band mascot of all time — Eddie the Head, from the British heavy metal band Iron Maiden. Eddie is whatever he needs to be — zombie, pharaoh, robot, even William Wallace. He’s a staple at Iron Maiden shows, usually making an appearance and stomping around on stage during the song “Iron Maiden.” With the band’s 15th studio album coming out, The Final Frontier, let’s pay tribute to the mascot who’s given one of the best metal bands in the world an unforgettable image.

Don’t forget to join the Facebook page of Ed the Head.

Let’s get this started by showing Eddie on stage during the Final Frontier Tour in 2010.

How to Draw Eddie 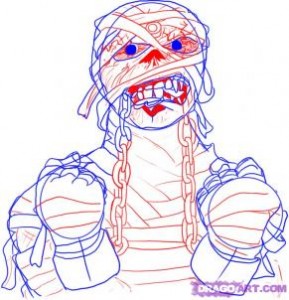 From dragoart.com, read the step-by-step instructions for how to draw Eddie from Iron Maiden. Or, watch this guy do it:

Phantom of the Opera Eddie 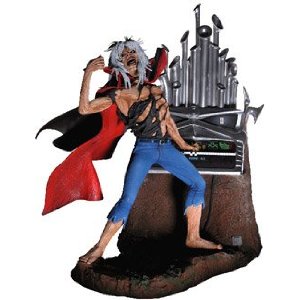 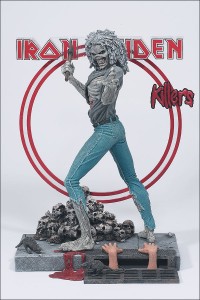 Somewhere in Time by NECA 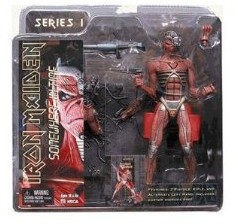 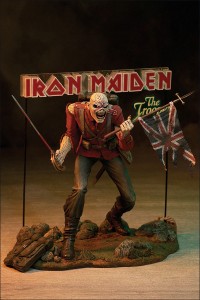 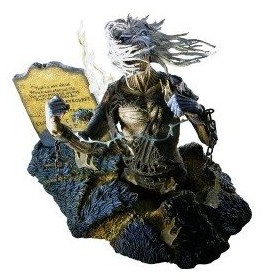