A Tribute to Norman Bates 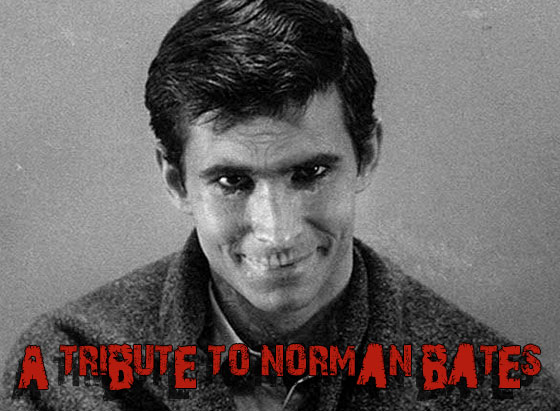 The classic 1960 Alfred Hitchcock film Psycho turns 50 this week, and in traditional Gunaxin fashion, we’d like to pay homage to its most famous character, Norman Bates. Norman, played by Anthony Perkins, enjoys taxidermy, being a peeping Tom, and obeying his mother. He’s also really good at doing voices and would’ve likely been a great cartoon voice actor had he not inherited the family motel. In fact, he’s so good that he can voice two characters at once having a conversation.

Bates was based on killer Ed Gein (right), who also had issues with his mother. No word if Gein was any good at voices though. Bates is ranked as the second greatest villain on the American Film Institute’s list of the top 100 film heroes and villains.

Now, let’s get into the Norman mindset by watching his last scene in the film. Note that if you’ve never seen the film and don’t know the twist, I already gave it away. 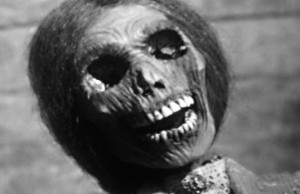 Norman: Now mother, I’m going to uh, bring something up…
Norma: Haha… I am sorry, boy, but you do manage to look ludicrous when you give me orders.
Norman: Please, mother.
Norma: No! I will not hide in the fruit cellar! Ha! You think I’m fruity, huh? I’m staying right here. This is my room and no one will drag me out of it, least of all my big, bold son!
Norman: They’ll come now, mother! He came after the girl, and now someone will come after him. Please mother, it’s just for a few days, just for a few days so they won’t find you!
Norma: ‘Just for a few days’? In that dark, dank fruit cellar? No! You hid me there once, boy, and you’ll not do it again, not ever again; now get out! I told you to get out, boy.
Norman: I’ll carry you, mother.
Norma: Norman! What do you think you’re doing? Don’t you touch me, don’t! NORMAN! Put me down, put me down, I can walk on my own… 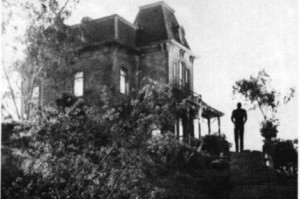 Norman: You-you eat like a bird.
Marion: [Looking around at the stuffed birds while eating] And you’d know, of course.
Norman: No, not really. Anyway, I hear the expression ‘eats like a bird’ – it-it’s really a
[stammers] fals-fals-fals-falsity. Because birds really eat a tremendous lot. But -I-I don’t really know anything about birds. My hobby is stuffing things. You know – taxidermy.

Norman: Uh-uh, Mother-m-mother, uh, what is the phrase? She isn’t quite herself today.

Norman: She might have fooled me, but she didn’t fool my mother.

Norman: A boy’s best friend is his mother.

Norman: A hobby should pass the time, not fill it. 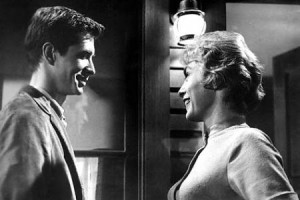 Marion: Wouldn’t it be better if you put her… someplace.
Norman: You mean an institution? A madhouse?
Marion: No, I didn’t mean it like…
Norman: [suddenly angry] People always call a madhouse “someplace”, don’t they? “Put her in someplace.”
Marion: I’m sorry. I didn’t mean to sound so uncaring.
Norman: What do you know about caring? Have you ever seen the inside of one of those places? The laughing, and the tears, and those cruel eyes studying you? My mother there?
[subdued tone] Oh, but she’s harmless. She’s as harmless as one of those stuffed birds.
Marion: I tried to mean well.
Norman: People always mean well. They cluck their thick tongues, and shake their heads and suggest, oh, so very delicately.

Norman: You know what I think? I think that we’re all in our private traps, clamped in them, and none of us can ever get out. We scratch and we claw, but only at the air, only at each other, and for all of it, we never budge an inch.
Marion: Sometimes, we deliberately step into those traps.
Norman: I was born into mine. I don’t mind it anymore.
Marion: Oh, but you should. You should mind it.
Norman: Oh, I do
[laughs]
Norman: but I say I don’t.
Marion: You know – if anyone ever talked to me the way I heard – the way she spoke to you…
Norman: Sometimes – when she talks to me like that – I feel I’d like to go up there – and curse her – and-and-and leave her forever! Or at least defy her! But I know I can’t. She’s ill. 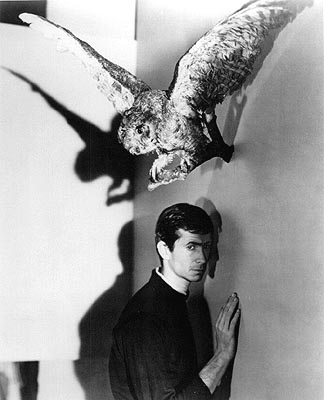 Norman and his stuffed birds.

Norman Bates and the Shower Heads

Landscape – My Name Is Norman Bates

Norman as a Lego

Unfortunately, all I found was Minimates, which will have to do. 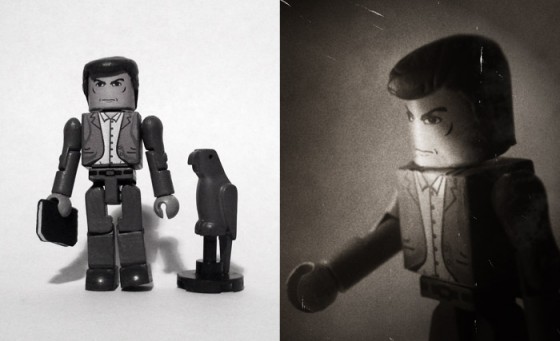 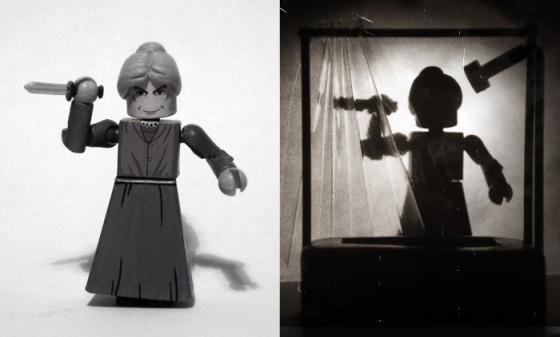 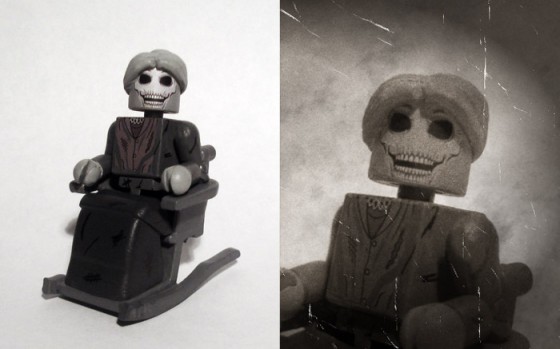 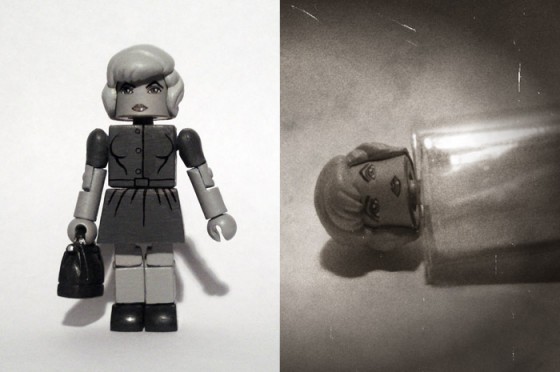 Oh, wait. Here’s something that looks like a Lego… 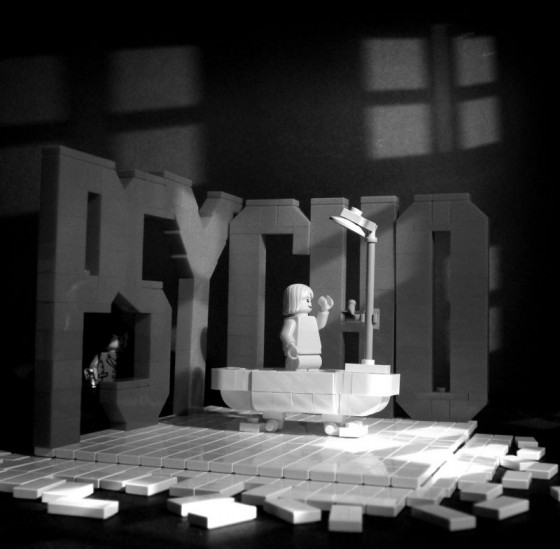 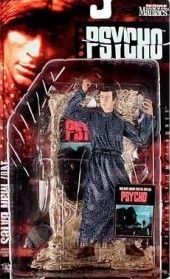 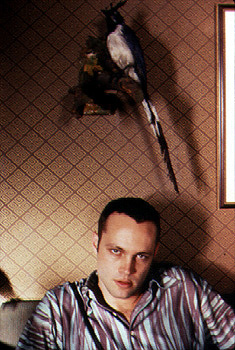 Vince Vaughn in the 1998 Psycho remake.

As usual, we end the tribute to our featured character with a song. In this case, a tune from the most relevant band of this era, Metallica.