A Tribute to Oz’s Ryan O’Reily 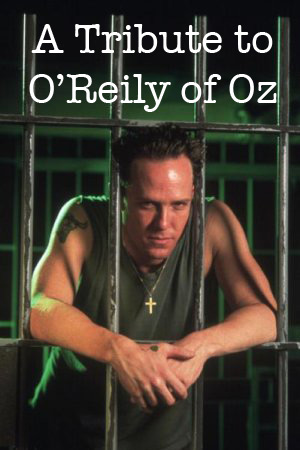 Before he became the really annoying guy in the Allstate insurance commercials, Dean Winters was Ryan O’Reily, the Irish hoodlum from HBO’s prison drama Oz. Winters also had roles in Rescue Me and 30 Rock, but who cares. Let’s focus on the manipulative prisoner who almost always got his way in Emerald City, killed who he wanted to kill, never got punked, and even got girls. He’s who we all would want to be if we served time in prison.

Be sure to check out Amazon’s Oz store. 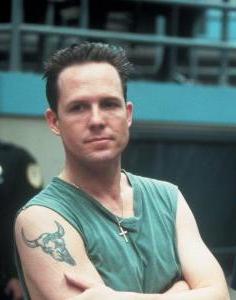 Ryan O’Reily: “Stupid, huh? To think a marriage will ever last longer than a tattoo.”

Ryan O’Reily: “‘Lights out’ means Shut the fuck up.”

Ryan O’Reily: “Hey, I’m a man of logic; I’m a man of planning. I consider every detail; I factor in every possibility. Then I flip a coin.”

Ryan O’Reily: “I’m like the lord of the fucking dance..I got moves.”

Every Time He Uses the F Word