Media > Music > A Tribute to the ‘Psycho’ Violinist

A Tribute to the ‘Psycho’ Violinist 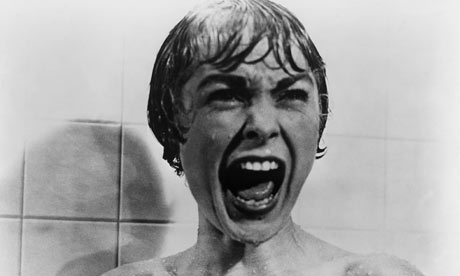 Israel Baker was not as hot as Marion Crane.

Everyone has heard the screech of violins from Alfred Hitchcock’s 1960 masterpiece, Psycho, and soundtrack buffs know that Bernard Herrmann composed the bloody score. But it was violinist Israel Baker who ultimately brought life to the deathly sound that makes for lousy shower music. Baker died on Christmas at the age of 92.

Let’s now take a moment to pay tribute to Baker, who is, without a doubt, up in heaven scaring the angels while playing the tune on his violin. 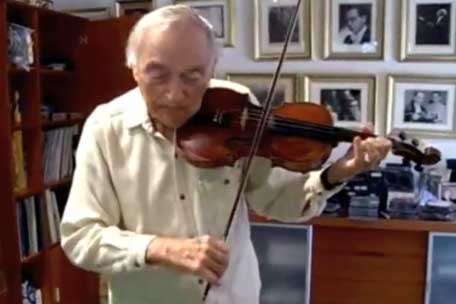 I wonder if Baker, Herrmann and Hitchcock ever thought they would be subjected to such parodies:

Okay, that was stupid. Let’s watch it the way it really went down:

And here’s what happens when Psycho happens somewhere with unfiltered water:

And here’s what happens when Bugs Bunny gets involved:

Lastly, here is the classic 1960 version and the 1998 absurdity synced up:

Mr. Baker, we don’t know much about you, and we didn’t even know your name until we read the headline “Psycho violinist dies,” which we originally thought was an article about a nutjob musician passing away. But we thank you for being the master stringman who forever made us scared to bathe.