Media > Movies > A Tribute to Revenge of the Nerds’ Booger

A Tribute to Revenge of the Nerds’ Booger 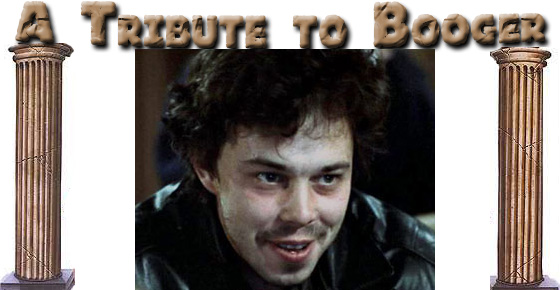 The favorite character of children who see the 1984 classic Revenge of the Nerds is easily Dudley “Booger” Dawson, played by Curtis Armstrong. Kids can relate to him because of the nose picking, think he’s hilarious because he wins the burping contest, and admire him because he turns a lame party into this:

Now that we dipped into the Nerds video, let’s take a look at some of Booger’s funniest scenes.

Booger also knows how to wear a fashionable T-shirt. 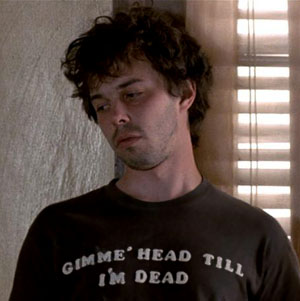 I couldn’t find this one for sale except on cafepress.com, which is a site that any schmuck can put words on a T-shirt and sell it. 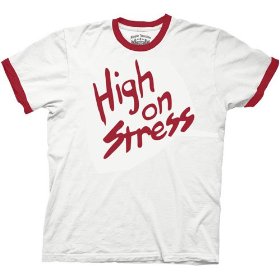 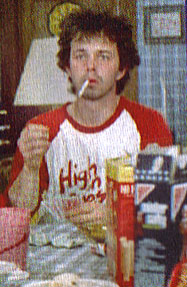 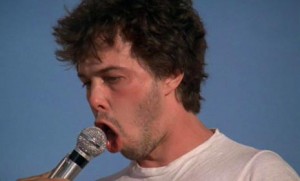 [Lewis and Gilbert are discussing Gilbert’s girlfriend, innocently]
Booger: Big deal! Did you get in her pants?
Gilbert: She’s not that kind of girl, Booger.
Booger: Why? Does she have a penis?

Booger: This is bullshit! I want bush, pan down.

Takashi: Excuse please, but why do they call you “booger”?
Booger: [picking his nose] I don’t know.

Stan Gable: What are you looking at, nerd?
Booger: I thought I was looking at my mother’s old douche-bag, but that’s in Ohio. 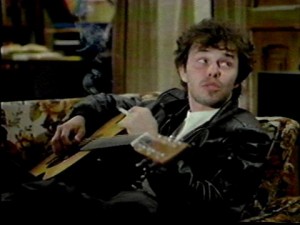 Booger: I say we blow the fuckers up.

Lewis: [planning the party] Do any of you have dates, besides Gilbert?
Lamar Latrell: I do!
Booger: Yeah, but that’s with a guy.
Lewis: Well, what about you, Booger?
Booger: I’ve been out combing the High Schools all day!

[Booger and Takeshi are trying to look at a naked girl who hides behind a large roommate]
Booger: Step aside momma, I wanna see some of that muff!
Takashi: Oh Hair pie! Hair pie! 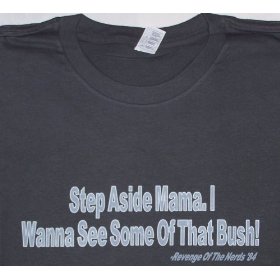 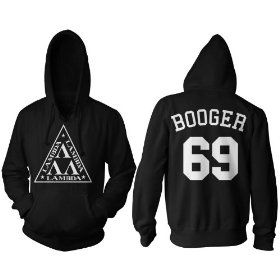