A Tribute to Richard Dawson 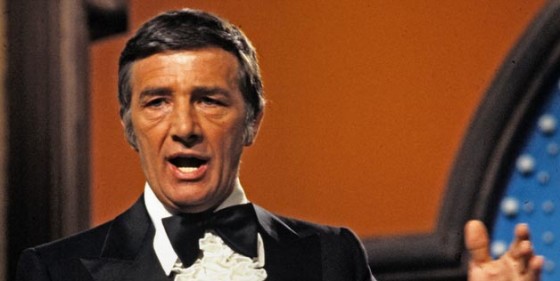 One of America’s most beloved Game Show Hosts and TV personalities passed away on Sunday, June 3rd at the age of 79. Though the pinnacle of his career was likely his run as the emcee of Family Feud 1976-85 (and again for a year from ’94-’95), there were quite a few other landmarks in his illustrious career as well. So let’s take a look back at a few of Mr. Dawson’s most well known performances on both Prime Time and in Hollywood.

In 1963, Dawson appeared on the show as a goofy entertainer named 'Racy Tracy' Rattigan. Basically, they just gave him the floor and let Richard do a stand-up routine for a few minutes. Apparently, Dick Van Dyke was pretty well known for letting its guests do that kind of thing.

During is film career, Dawson was well known for portraying soldiers of one kind or another in military situations. He would go on to do so a number of times, but his first run was in a 1962 D-Day feature called 'The Longest Day' along side Eddie Albert and Paul Anka.

Laugh-In was a hugely influential show that ran from the late 60's through the mid-70's, thanks in part to its origination of the quick, vignette-style form of comedic performances. It not only launched the careers of Gary Owens, Goldi Hawn, and Lily Tomlin, but it gave way for such other impressive hits as Monty Python's Flying Circus and even Sesame Street. Dawson was a regular from '68-'73.

During the first season of McCloud that ran on NBC from 1970-1977, Richard Dawson played the part of a theater director along side Dennis Weaver and Teri Garr.

One of Dawson's most well-known and beloved television characters was that of Cpl. Peter Newkirk on Hogan's Heroes. The show ran from 1965-1971 and consistently placed in the top 10. An interesting side note, Dawson introduced show star Bob Crane to John Henry Carpenter who worked for Sony's video department. Carpenter was a party, and a photographer, of many of Crane's sexual escapades. He was later acquitted of any wrong-doing in Crane's murder.

Hosted by Gene Rayburn, Match Game '73 was a revival of sorts of the classic show itself. In this particular run, Dawson was seated along side such show staples as Brett Somers and Charles Nelson Reilly. During his tenure his consistent humor and good nature made the game a hit again.

In 1987, Richard Dawson more or less played an evil version of himself when he starred as Damon Killian -a super egotistical game show host- against the hero, Arnold Schwarzenegger. Granted, this hideous plot based loosely on a Stephen King story was a pretty terrible film (though I dig it), Dawson is largely considered to be the pest part of it.

And finally, we have Family Feud. On this show -a show pretty much everyone's seen one time or another- Dawson earned his nickname 'The Kissing Bandit' for his liberal dosing of smooches to as many female contestants as he could. But people loved him for it, and Dawson became a fixture in the echelon of Game Show Emcees.