A Tribute to Seinfeld’s David Puddy 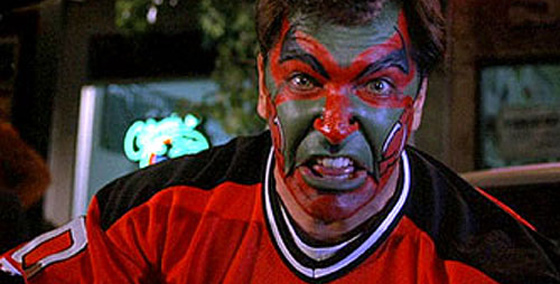 David Puddy is Elaine Benes’s on-again, off-again boyfriend on NBC’s Seinfeld. Played expertly by Patrick Warburton, Puddy is the quintessential dude: a mechanic, a face-painting sports fanatic, and a high-fiver. Puddy’s vibe is also apparent in other Warburton characters, such as Joe Swanson on Fox’s Family Guy and Ken in Jerry Seinfeld’s animated film Bee Movie.

Puddy appears in two episodes in season 6 and nine in season 9.

Now let’s pay tribute to the comedic phenomenon that is David Puddy.

Puddy on a Plane 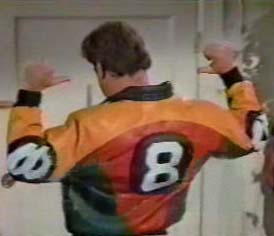 [Puddy is wearing a bright orange jacket with an 8 ball on it]
Elaine: “What’s this? What happened to your fur?”
Puddy: “I saw Jerry wearing his. He looked like a bit of a dandy. Check this out. 8 ball. You got a question, you ask the 8 ball.”
Elaine: “So you’re going to wear this all the time?”
Puddy: “All signs point to yes.”

Puddy: “Well, I’ve got a ten kroner, a five kroner, a twenty kroner. A fifty kroner? How much is that?” 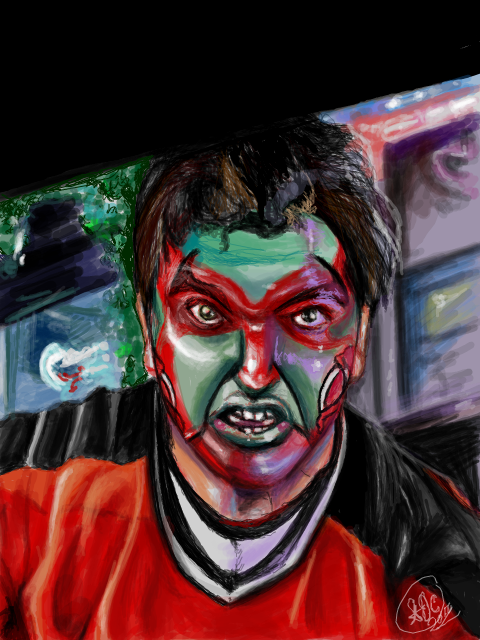 Artwork by the talented Que-ink on the site Tegaki