A Tribute to South Park’s Timmy 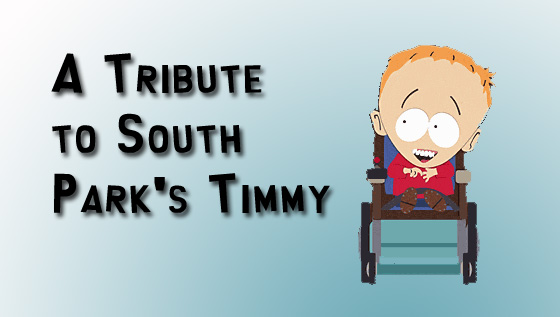 Timmy is the mentally and physically handicapped character on South Park. He usually only says his name, but he’s been known to say other things every once in a while. He also became a fan favorite, and you can read on Wikipedia about how Trey Parker and Matt Stone had a hard time convincing Comedy Central to allow him to appear.

Here are all the episodes focused on Timmy on South Park Studios.

Timmy once joined a band and was the lead singer. You can watch someone do the song on Rock Band:

Here’s a mashup of when Timmy and Jimmy joined the Crips.

Here are a bunch of Timmy sound clips: 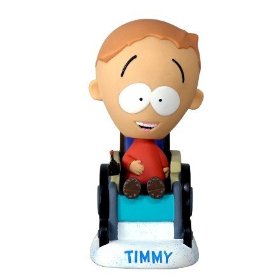 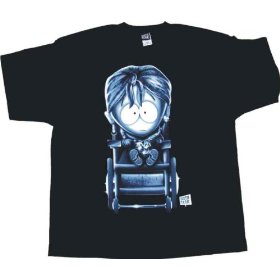