Media > Movies > A Tribute to Stripe From Gremlins

A Tribute to Stripe From Gremlins 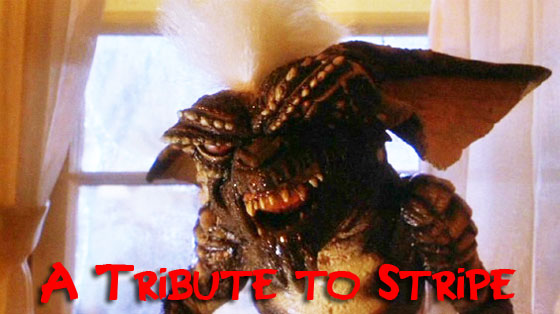 Stripe is the evil mogwai/gremlin in the 1984 hit Gremlins. He’s called Stripe because he has a stripe of white hair on his head, which differentiates him from every other gremlin. And like Papa Smurf, the one with the white hair is the leader.

Gremlins was technically a comedy, albeit dark and violent, and much of that had to do with Stripe’s actions in the film (not to mention the way in which some of the gremlins were killed). Stripe was spawned from the mogwai Gizmo by accident. Later, the mischievous critter ate after midnight and became a gremlin. Then he escaped from the house and dove into a pool, spawning thousands of other gremlins. He was also the last gremlin to die when he was exposed to sunlight. Read more about Stripe on the Villains Wiki.

Let’s now pay tribute to Stripe, who I think is the No. 1 gremlin villain of all time. First, let’s get in the mood by watching a gremlins video.

This is what Stripe looked like when he was a mogwai. Awwwwe. 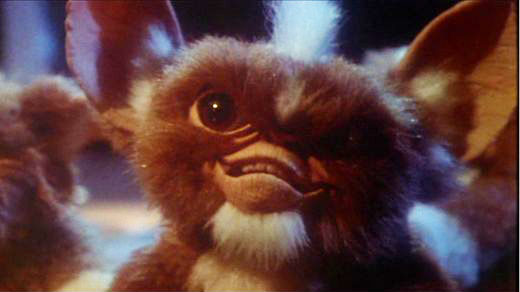 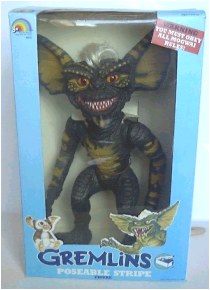 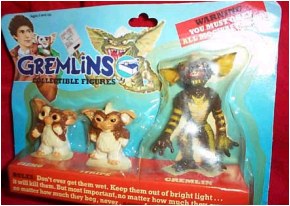 I think I still have the mogwais in my father’s attic. My little brother lost the Stripe gremlin at the theater when we went to see the movie, and I still haven’t forgiven him. 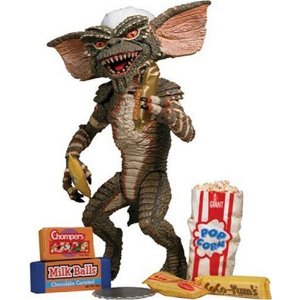 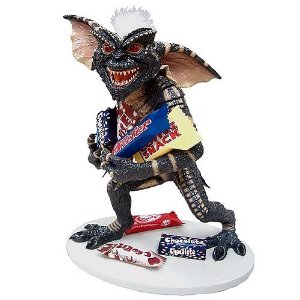 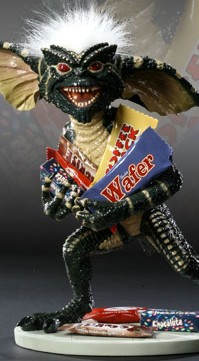 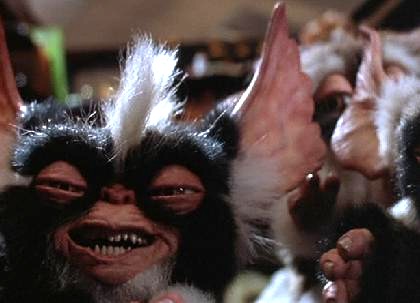 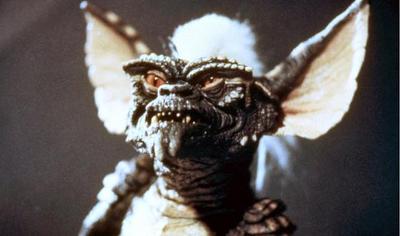 Here are some great animated gifs of Stripe’s death at the end of Gremlins, from the site i-mockery.com. This is one of the most disgusting deaths in movie history!