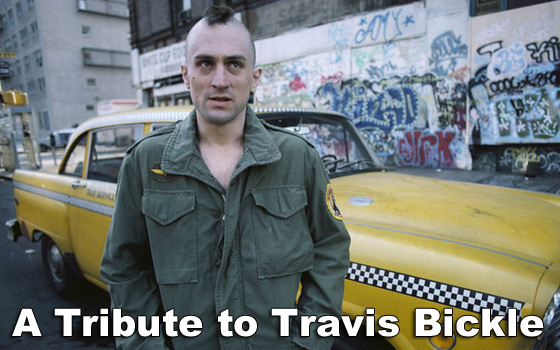 February 8, 2011 marks the 35th anniversary of the theatrical release of Martin Scorsese’s masterpiece Taxi Driver, starring Robert De Niro as the taxi-driving hero Travis Bickle. The film left quite a mark on pop culture and even inspired a presidential assassination attempt. But most importantly, it gave us one of the most famous lines of dialogue ever spoken in film:

Bickle on the Web

via bigredmoon.com. Apparently, there is no anatomically correct Travis Bickle doll. 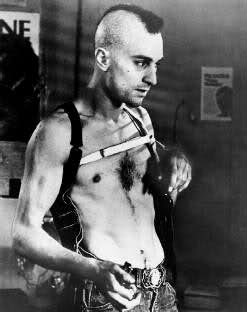 Personnel Officer: “So what is it? Why do you want to be a taxi driver? Do you need a second job? Are you moonlighting?”
Travis Bickle: “I… I just want to work long hours. What’s moonlighting?”

Travis Bickle: “How’s everything in the pimp business?”

Travis Bickle: “You’re a young girl, you should be at home. You should be dressed up, going out with boys, going to school, you know, that kind of stuff.”

Travis Bickle: “I think someone should just take this city and just… just flush it down the fuckin’ toilet.”

Travis Bickle: “I got some bad ideas in my head.” 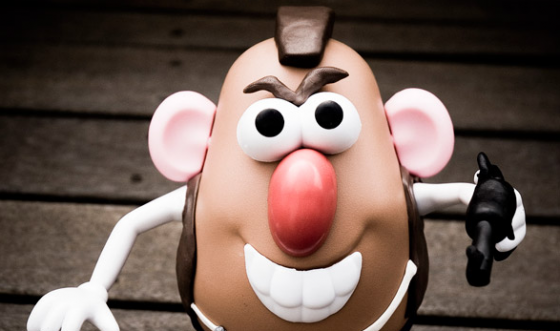