A Tribute to Tim Curry 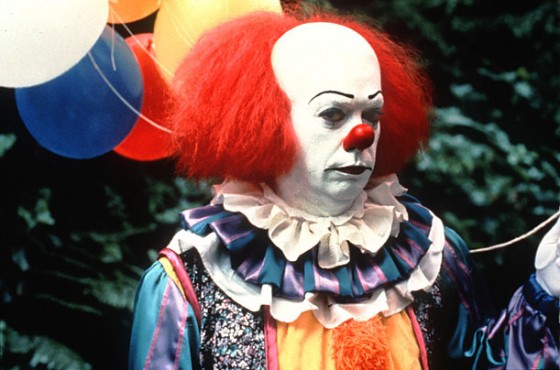 Tim Curry is (or, primarily was) one of the most diverse actors available. With his rich English accent and ability to emote perfectly in any given situation, you just knew that when Curry was in the cast, great things were going to happen. From the movie version of his famous role as Dr. Frank-N-Furter (originated by Curry himself on the stage) to his terrifying turn as the evil clown Pennywise in Stephen King’s IT, Tim made his roles more than memorable. And here’s a well-earned tribute.

I have to say I'm sorry, because if you don't find National Lampoon's Loaded Weapon 1 completely hilarious, then I weep for you. National Lampoon is a treasure and has given the movie world such classics as the Vacation series and even the very funny Van Wilder. But back in the day when The Naked Gun was knocking hits out of the park with its trilogy, N.L. got into the ring with their own buddy-cop-ridiculous-comedy called Loaded Weapon 1.

It stars Emilio Estevez and Samuel L. Jackson as a duo not dissimilar to the guys from Lethal Weapon. 'But who we're focusing on here is the bad guy, one Tim Curry as Mr. Jigsaw... often dressed as a Wilderness Girl. His nefarious plans include finding a piece of microfilm that contains a recipe that can turn cocaine into Wilderness Girls cookies. And trust me, this is a lot funnier than I'm making it out to be.

If you like fairy tales that aren't too watered down or Disney-ized, then Legend is a pretty decent flick. However, if you aren't a Tom Cruise fan... well, maybe not. But it's neither Cruise nor Mia Sara (Ferris Bueller's girlfriend) who really steal this film. Oh no. It is by far Tim Curry as Lord of Darkness. You see it's his machinations that really get this picture rolling in the first place. He needs the horns of two unicorns to render the world dark and cold so he can roam freely. But leave it to Jack and Lili (Cruise and Sara) and a bunch of woodland miscreants to rain on Darkness's parade.

If you have never seen Clue, you are doing yourself a grave disservice. This is one of those epic and sprawling masterpieces that give a deep nod to the classic Hollywood movies of the late '40s and '50s. It's done in a heavy, grandiose style that is apparent from the moment we see the guests arrive to play their game. As Clue, it's loosely based on the actual board game whereas the character names are all used (Martin Mull as Colonel Mustard, Christopher Lloyd as Professor Plumb, and Madeline Kahn as Mrs. White, among many others). But perhaps the most similar game attachment is the possibility of different endings that Tim Curry (the butler, Wadsworth) takes us through. He's there from the very beginning and becomes the tour guide and game master throughout the whole flick.

This is the role most people think of when people think of Tim Curry. In fact, this is likely his most famous role overall because it's the one he originated from the stage in 1973 and '74 and brought to the screen in The Rocky Horror Picture Show. There are some serious die-hard fans of both this movie and the stage production to the point that they dress as their favorite character and interact with what's happening. It's something you really have to see once in your life to believe. I went three years in a row as Meat Loaf's character, Eddie, when it played at our local college. But that's neither here nor there...

What is is Tim Curry in one of his singularly most amazing performances. In a nutshell... well, as the words to the song go, "(I'm) just a sweet Transvestite from Transsexual Transylvania..." But in this case, Transylvania happens to be a galaxy in which Transsexual is a planet. And then things get really, really weird. If you've ever wanted to see Barry Bostwick and Susan Sarandon sing among costumed weirdos and an atlas-like monster, well, this is a movie for you. In fact, it ought to be required viewing for everyone at least once.

Most people grow up loving clowns. Clowns make people happy! They dance, crack jokes, juggle... some even twist balloons into comical shapes! But then people begin reading horror novels, specifically those by Stephen King and they seriously begin questioning their desire for clowns. And then they watch a TV Movie called IT based on said King book and they see the Pennywise from the page brought to wretched, horrifying life by Tim Curry. And then they just plain loathe clowns to the point of being scared to death of them.

Or maybe it's just me. But I doubt it.

If Frank-N-Furter is Curry's most famous role, then Pennywise is most definitely his second. From the very first second of the flick where he pops out of the sewer offering Georgie his paper boat and a festival of wonders below ground, to his appearance in the Derry kids' nightmares, Curry snags the performance by his clown wig and steals it away for the entire movie.

He is more than just frightening; he is singularly one of the most terrifying horror characters of all time. And for a role on a TV mini-series, that's saying something. I've heard recently that Hollywood is planning a remake, thus ruining a brand new IT, and I for one won't go anywhere near it if Tim Curry isn't back as Pennywise. I'm sure he could still pull it off and scare the shit out of a whole new generation of kids.