A Tribute to Tommy Morrison 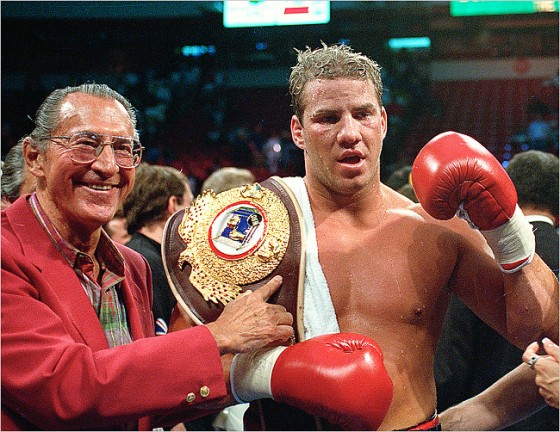 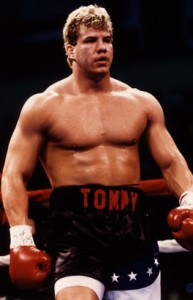 This is undoubtedly the end of an era, as Tommy “The Duke” Morrison has died at the age of 44. Most of you probably remember him as “Tommy Gun” from his “cheesy” role in Rocky V, where he was being this ungrateful bully that Rocky gave a lesson to. However Morrison should be better known as the last white American heavyweight champ who fought in an era when being white in the heavyweight division was as rare as snow in Kenya.

Of course nowadays, a 15-year-old kid probably couldn’t relate with what he reads in this article, since all he has seen during his lifetime is Eastern European heavyweights dominating the division, with the Klitschkos being two of the most dominant heavyweight champions in the history of the sport. Things have undoubtedly changed drastically in the heavyweight division during these past 15 years, but this wasn’t the case when “The Duke” fought back in the early 90’s.

Fighting in an era when America was looking desperately for the next “White Hype”, the media never allowed the man to “breathe” and follow the right steps in his boxing career. Too much pressure, too many expectations for him at a really early stage of his career and too many wrong decisions almost ruined his career before it even started. However the Duke found the strength and with his marvelous natural physique and his incredible powerful left hook, managed to become a World Champ back in 1993 by beating one of the greatest boxing legends ever, George Foreman.

He lost only three out of a total of 52 professional fights and his nickname, “The Duke,” was based on being a grandnephew of Hollywood star John Wayne. In the mid 90’s Morrison’s boxing career ended for many years after he tested positive for HIV in 1996. Almost ten years later Morrison would attempt a comeback, stating his HIV diagnosis was negative, but he just wasn’t the same fighter. 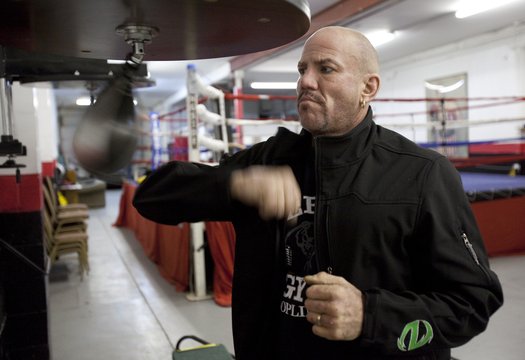 For all the problems and troubles he went through during the end of his life, we will always remember Tommy “The Duke” Morrison for being an excellent fighter with some very impressive wins and knockout punching power from that great left hook of his. Tommy was a true warrior, who fought in one of the better eras of Heavyweights and he was a “kill or be killed” kind of fighter, who was never in boring fights. He will never be forgotten for sure.