Media > Movies > A Tribute to Vern From Stand By Me

A Tribute to Vern From Stand By Me 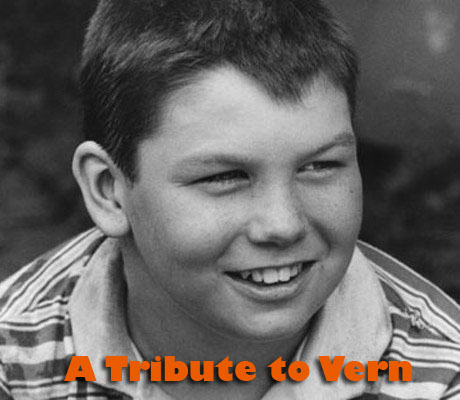 Vern Tessio, played by Jerry O’Connell, is the portly lad in the classic 1986 film Stand By Me. He likes Pez. He also owns a comb. He one day hopes to find his penny collection, which is buried somewhere under the porch. Gunaxin has already written about how great Stand By Me is, so now let’s focus on how great Vern is.

First, let’s get in the mood by watching the trailer to the movie. Note the Vern sequences. 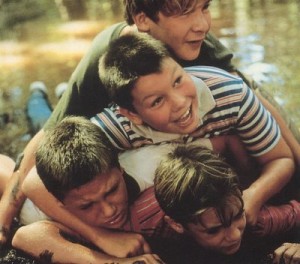 Vern: If I could only have one food for the rest of my life? That’s easy-Pez. Cherry-flavored Pez. No question about it.

Vern: Oh, God. That’s weird. What the hell is Goofy?

Vern: Do you think Mighty Mouse could beat up Superman?
Teddy: What are you, cracked?
Vern: Why not? I saw the other day. He was carrying five elephants in one hand!
Teddy: Boy, you don’t know nothing! Mighty Mouse is a cartoon. Superman’s a real guy. There’s no way a cartoon could beat up a real guy.
Vern: Yeah, maybe you’re right. It’d be a good fight, though.

Gordie: Well this kid is our age but he’s fat. Real fat. He weighs close to one-eighty. But you know, it’s not his fault. It’s his glands.
Vern: Oh yeah, my cousin’s like that, sincerely. She weighs over three hundred pounds! Supposed to be Hyboid Gland or something. Well, I don’t know about any Hyboid Glands, but what a blimp! No shit. She looks like a Thanksgiving turkey. And you know this one time…

Vern: Geez, Gordie. Why couldn’t you have gotten breakfast stuff? Like Twinkies and Pez and Root Beer?
Gordie: Sorry, Vern. I guess a more experienced shopper could have gotten more for your seven cents.

Vern: There’s one thing I didn’t understand. Did Lardass have to pay to get in the contest?
[Chris and Teddy sigh]
Gordie: No, Vern. They just let him in.

Vern on the Web 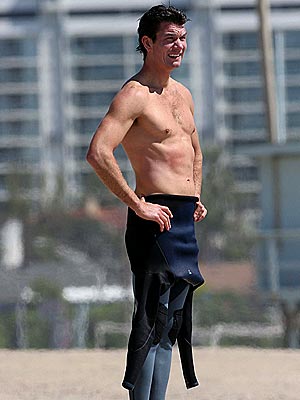 WTF? That looks NOTHING like Vern. What did he do, pig out on Twinkies for the Vern role? I hate this guy just for looking like this. Even worse, look who he sleeps with… Rebecca Romijn, aka her: 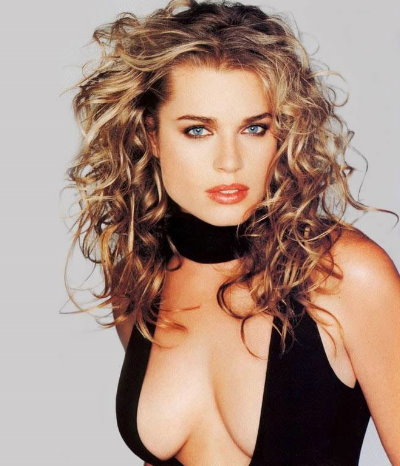 Let’s end with the Stand By Me music video.