Media > Movies > A Tribute to Walter From The Big Lebowski

A Tribute to Walter From The Big Lebowski 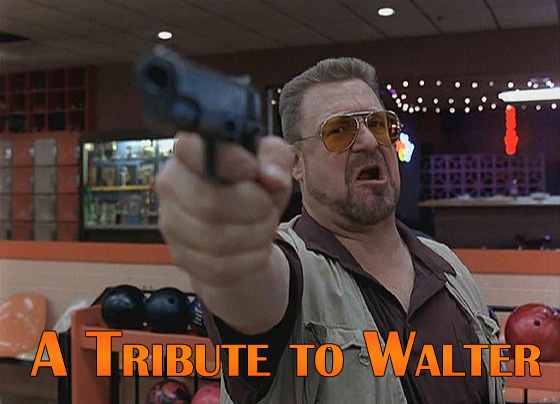 In The Coen brother’s The Big Lebowski, John Goodman steals the show playing Walter Sobchak. Walter ranks only behind Chewbacca in a Gunaxin user poll for the best sidekick in film.

First, let’s watch a compilation of our favorite Walter scenes.

Apparently, artists are fond of Walter. That’s why they’ve made artwork devoted to him. 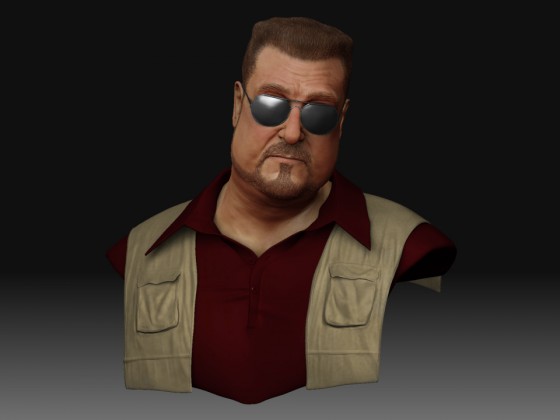 Check out more photos of this Walter model from Adam Carroll’s website. 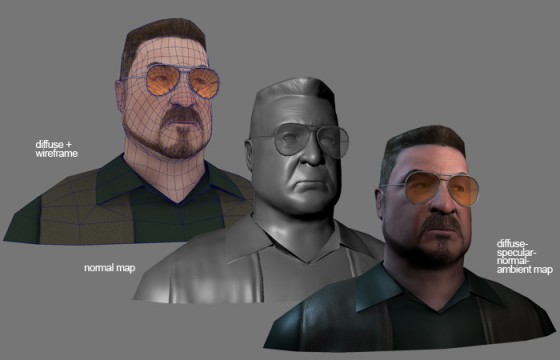 Here’s another model of Walter from Gustav Embretsen’s website. 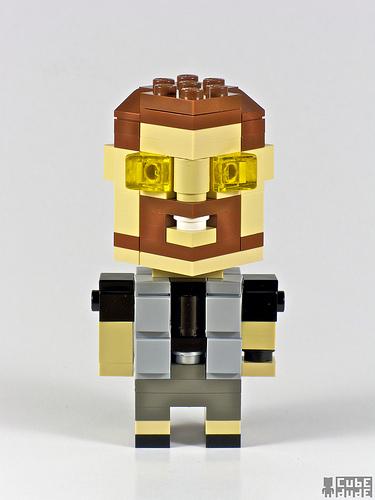 Walter as Lego (from Walyou).

Here is what happens when The Simpsons gets a hold of The Big Lebowski. 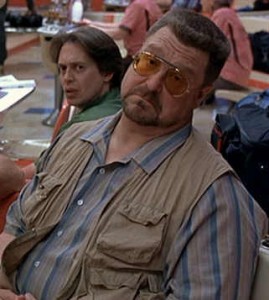 Walter: You’re goddamn right I’m living in the fucking past!

Walter: [shouted repeatedly while smashing a car with a crow bar] This is what happens when you fuck a stranger in the ass!

Walter: Nihilists! Fuck me. I mean, say what you like about the tenets of National Socialism, Dude, at least it’s an ethos.

Walter: Fair! WHO’S THE FUCKING NIHILIST HERE! WHAT ARE YOU, A BUNCH OF FUCKING CRYBABIES?

Walter: I told that Kraut a fuckin’ thousand times, I don’t roll on shabbos!

Walter: Whereas what we have here? A bunch of fig-eaters wearing towels on their heads, trying to find reverse in a Soviet tank. This is not a worthy adversary.

Walter: Look at our current situation with that camel fucker over in Iraq. Pacifism is not something to hide behind.

Donny: They posted the next round for the tournament.
Walter: Donny, shut the f- when do we play? 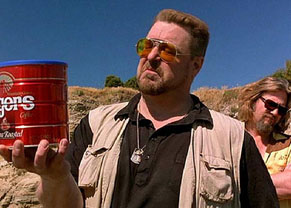 Walter: Donny was a good bowler, and a good man. He was one of us. He was a man who loved the outdoors… and bowling, and as a surfer he explored the beaches of Southern California, from La Jolla to Leo Carrillo and… up to… Pismo. He died, like so many young men of his generation, he died before his time. In your wisdom, Lord, you took him, as you took so many bright flowering young men at Khe Sanh, at Langdok, at Hill 364. These young men gave their lives. And so would Donny. Donny, who loved bowling. And so, Theodore Donald Karabotsos, in accordance with what we think your dying wishes might well have been, we commit your final mortal remains to the bosom of the Pacific Ocean, which you loved so well. Good night, sweet prince.

[after biting the German’s ear off]
Walter: Anti-semite!

Walter: Lady, I got buddies who died face down in the muck so that you and I could enjoy this family restaurant! 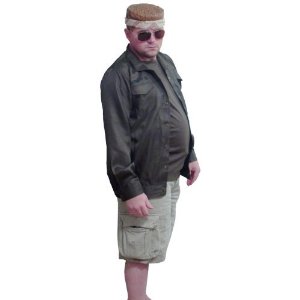 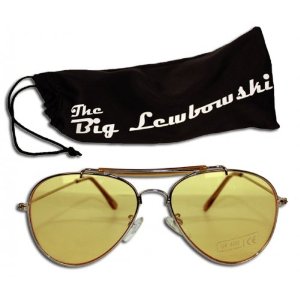 Walter and The Dude Set 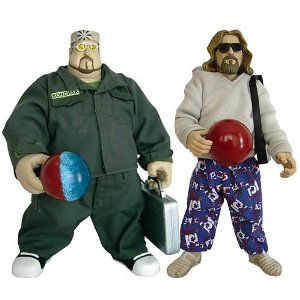 Or, if for some reason you don’t want The Dude, you can get Walter separately. Also get your hands on Donny, Jesus and The Stranger.

Is This Your Homework? T-Shirt 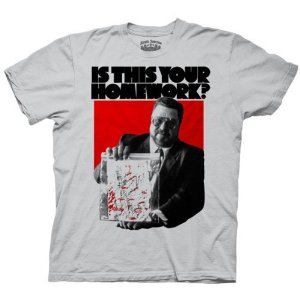 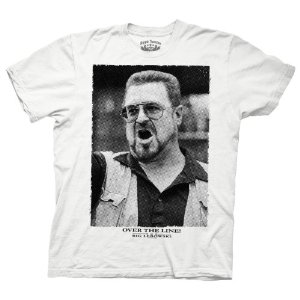 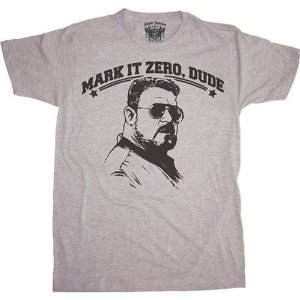 I Can Get You a Toe Red T-Shirt 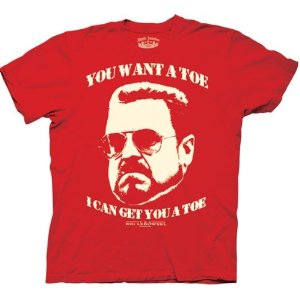 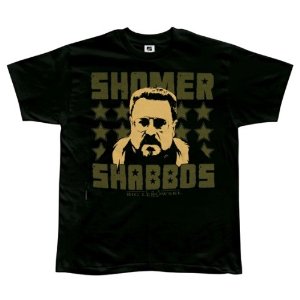 I Don’t Roll On Shabbas T-Shirt 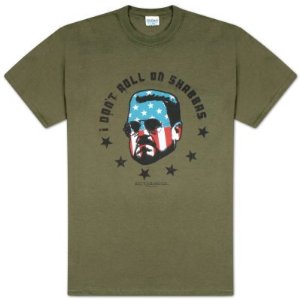 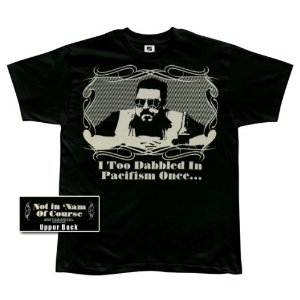 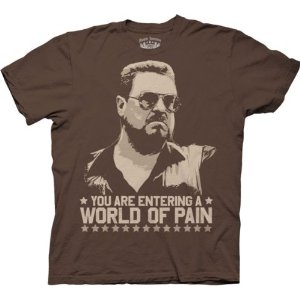 Let’s end this tribute with…

Words of Wisdom From Walter