Which Truck Would You Buy? Ford F-150 Limited or GMC Sierra Denali HD

Very different trucks offered at the same price, which one would you buy?

If the headline has you wondering how these trucks, one a light-duty truck and one a heavy-duty truck could be compared together, then you probably don’t know they both ring in for the same price at just under $70k. We recently drove both of these trucks back to back and the prices sure surprised us. The question then is if you had $70k, which one would you buy? The heavy-duty, Duramax diesel workhorse of the 2016 GMC Sierra Denali or the ultra-luxury 2016 Ford F-150 Limited. Let’s take a closer look. 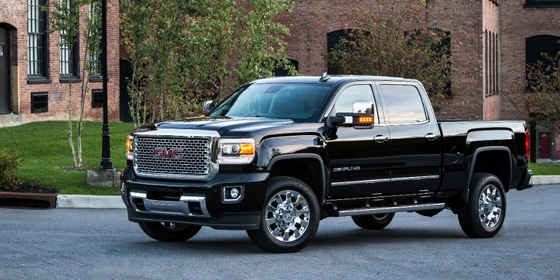 Exhibit A: The 2016 GMC Sierra Denali 2500HD with a 6.6L Duramax diesel, six-speed Allison transmission coming in at $67,710 with a $1,195 delivery fee and a $1,500 Duramax package discount ($57,351 base price). This price includes a $8,845 Duramax Plus and a driver alert package (lane departure warning, forward collision alert, safety alert seat). It also came equipped with other options like: 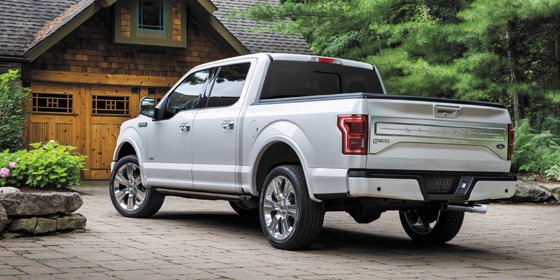 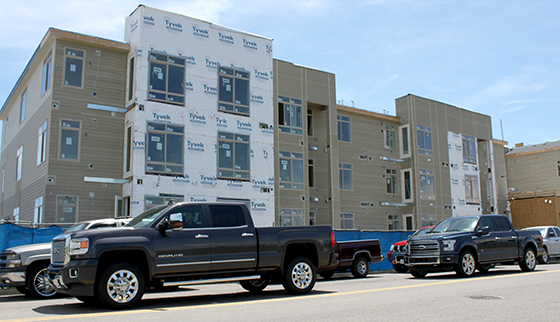 Without a doubt, there is a difference between these two trucks and it comes down to capability. The 2016 GMC Sierra Denali HD is simply more powerful than the 2016 Ford F-150 Limited and the numbers bear it out. For example, the diesel-powered Sierra HD produces 397 HP and 765 lb-ft. of torque while the F-150 produces 365 HP and 420 lb-ft. of torque. Also, the maximum towing for the 2016 GMC Sierra 2500 of 13,000 lbs and 2,583 lbs of payload bests the F-150’s 11,400 lbs towing and 1,570 lbs of payload. Keep in mind, these numbers seem close, but the lb-ft of torque and heavy-duty frame of the Sierra will make hauling both trucks at maximum capacity feel considerably different. The significant difference there is in payload weight, with the HD dominating. 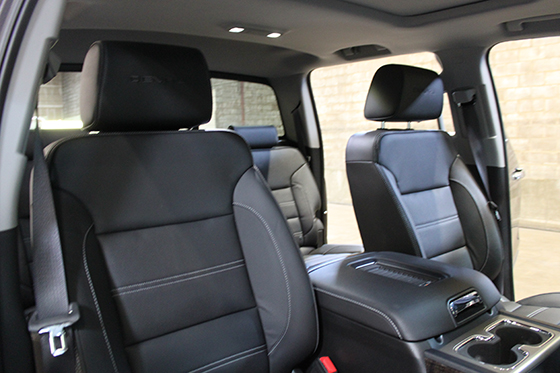 The 2016 GMC Sierra’s Denali interior is relatively plush for a pickup.

Also, for that price you do get the upscale Denali package for the Sierra. This is the luxury version of the Sierra pickup line and the upgraded materials throughout the cabin bathe the driver in comfort. One particular item to note on the Denali package for heavy-duty trucks that stands out is GMC says 44 percent of all heavy-duty trucks they sell come with the upscale package. 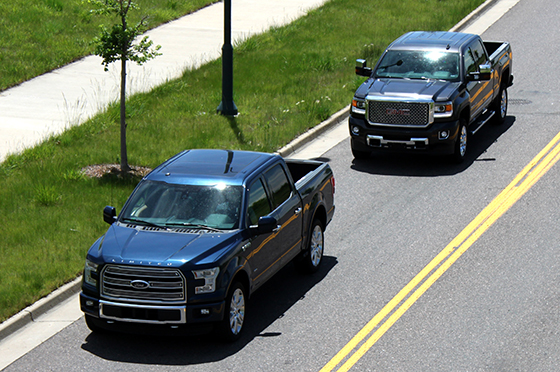 Both trucks ride well thanks to the GMC’s independent front suspension, but the Ford is quicker off the line and is more luxurious inside.

Capability is one thing, but another is luxury and ride comfort. Sure there are times you really need to tow a big load, but really how often is that? Not very often and with 11,400 lbs of towing, the 2016 Ford F-150 Limited can tow a considerable amount of weight. In fact, this 2016 Ford F-150 with the EcoBoost will out tow a 2006 GMC Sierra 2500 rated at 10,500 lbs. Surprising? Not really, half-ton capability has skyrocketed over the years and people are generally overbuying their pickups based on old information. 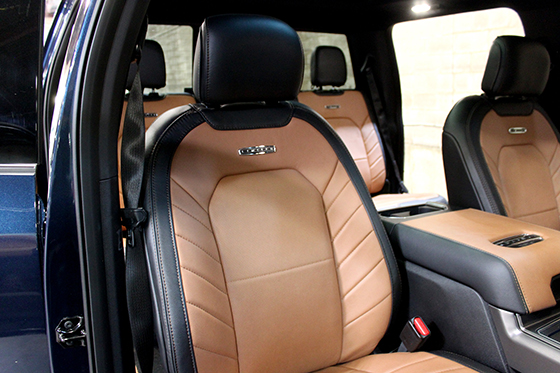 If the 2016 Ford F-150 Limited can tow just as much as your old truck, why waste your money on all that wasted capability? That’s just a poor decision. Instead, you can treat yourself to the most luxurious interior and the sharpest styling in the entire truck market that is found within and outside of the F-150 Limited. This trim level is like the King Ranch package magnified. 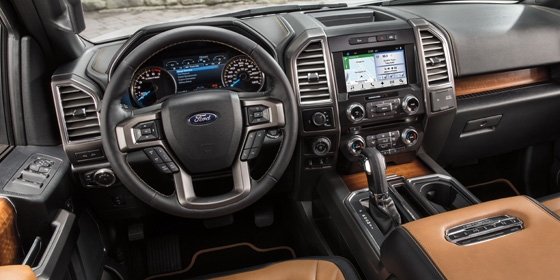 Without a doubt, that is a gorgeous interior.

Knowing all of this which truck would you buy? The luxury filled 2016 Ford F-150 Limited that tows as much as older Duramax-equipped Sierra trucks or the towing machine of the 2016 GMC Sierra with its own luxury interior. Considering all the facts, the choice has never been harder.