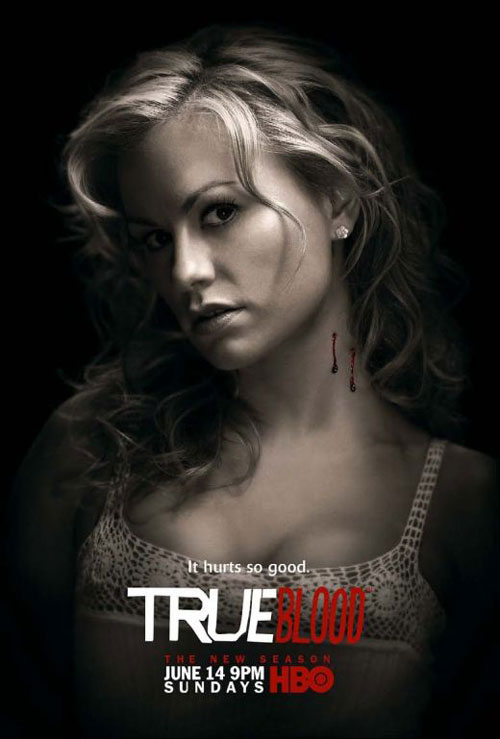 The best show currently on television, True Blood, will start it’s third season on June 13 (and there will be a fourth, as well!), and it got me thinking: What a cool town to live in!

I’ve already named the reasons why True Blood is the best show, but here are reasons why I would like to live in the fictional Louisiana town of Bon Temps.

1. The women at Merlotte’s put out. Plus, you know everyone there and you can go and get drunk seven nights a week.

2. Chances are, you’re either a vampire, a shapeshifter, a mind-reader, or some kind of other freak. I wanna be one of those guys who can jump into someone else’s body.

4. If you’re down and out, don’t worry, go hang with Maryann, take a swim, eat fresh fruit, and maybe a human heart.

6. No more running into the vampire or goth jerkoffs at the mall. Those people get bitten badly in these parts. Instead, hang at Fangtasia and meet the real thing.

7. The queen vampire is Evan Rachel Wood! That’s like the king being Clint Eastwood. Perfect! I’d succumb to her for feeding and play Yahtzee! any time.

8. In trouble? Not to worry. The cops in this town are drunks and on the take.

9. That theme song is constantly playing. While “Bad Things” by Jace Everett isn’t a song I would normally listen to, it grew on me as the show got better and better.

10. Season 3 is gonna have werewolves!