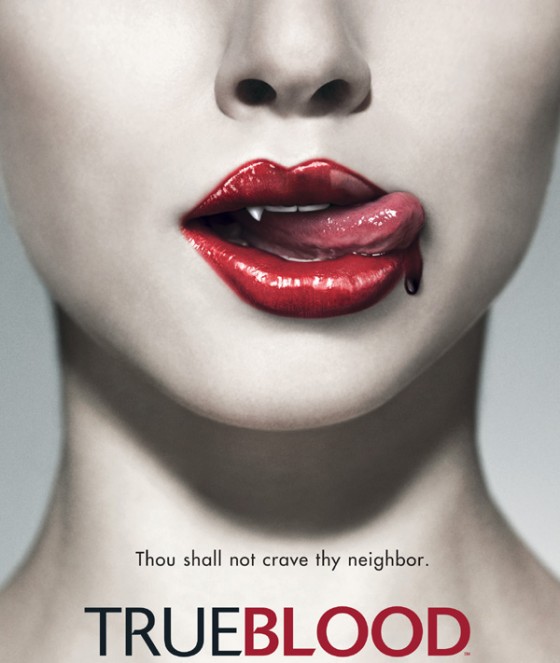 I’ve officially stopped watching network television (except for sports), because HBO is like a wife that puts out so well that you don’t need to cheat (except for Family Guy and The Simpsons, which to me is like being married to Erin Andrews but getting Carrie Milbank every weekend, if that makes any sense but you know what I mean.) After The Sopranos ended, and it appeared that Curb Your Enthusiasm was ending (it’s not), I was clinging onto Entourage for dear life, praying that HBO would put out anything to keep me coming back and paying them $17 a month. It did. True f—ing Blood, mothaf—a. Alan Ball, the dude who put out American Beauty and Six Feet Under hit another home run and he’s now my favorite guy who makes stuff to watch (which I think makes me not a homophobe because from what I hear he’s Bruno gay).

True Blood is based on books that I haven’t read and likely won’t because I won’t read anything else until I’m all finished with Stephen King, so anything that happens in the show is new to me, and not critiqued by book purists who have nothing better to do than to point out the differences. So here are ten things about the show to LOVE (MAJOR SPOILER ALERTS).

I could probably name another 100 reasons why this show rocks but I’ve gotta get back to the LCD and re-watch every episode in Season Two, so I’ll let you add more in the comments. For more blood sucking goodness, check out our Top 10 Vampires in Pop Culture.