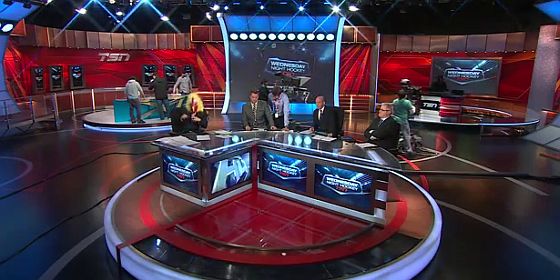 The Harlem Shake is the new viral dance video of the moment, but it apparently hasn’t caught on north of the border. When NHL on TSN host James Duthie tried to get the rest of the crew to go along with him he got shut down. That act might have worked with ESPN’s basketball crew, but there was no way that former Defenseman Aaron Ward and former Goalie Darren Pang were going to humiliate themselves like that.

We can only hope this resistance catches on before the Harlem Shake goes into Gangnam Style territory.

[UPDATE: We spoke too soon]