Turkish Team gets Pranked by Symphony 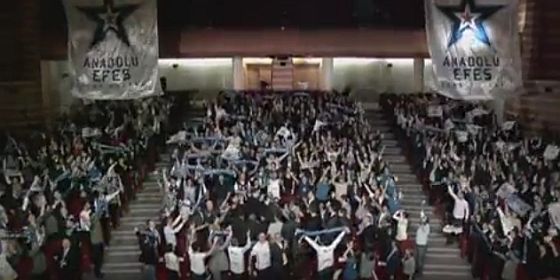 We don’t really know much about Euroleague basketball, but we have a new favorite team after seeing this ad. As best as we can tell, Turkish team Anadolu Efes thought they were attending a symphony performance in their honor recently, when things went a little sideways. The team, which features former NBA players Jordan Farmar and Sasha Vujacic, was startled when fans started to stand up, individually, to serenade them. As the performance continued, eventually the entire audience was singing to them. In the final moments, the lights dropped, only to come back up on a crowd full of fans sporting Anadolu Efes gear.

And, since we try to be fair here at Gunaxin, we shouldn’t neglect the impact of this recent video by the Efes dance team.