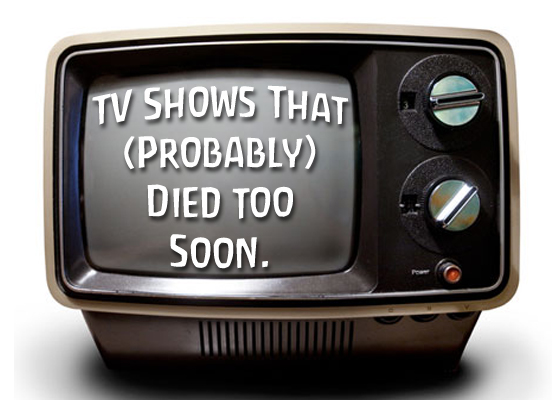 Ask any fan of television what their favorite short-lived TV show is and you’re certainly going to get a slew of different answers. For some reason, TV is a sadistic and fickle mistress that tries too hard to introduce new and exciting programming, while at the same time preparing to sever its spinal column and shove something different and supposedly better into the same time slot. It happens all the time, and it’s all about ratings. If your show doesn’t woo everyone right away, you might as well forget surviving much further than a handful of episodes. Kinda sad really. Then what happens? Why it’s a one way trip to lists just like this one! What a way to go.