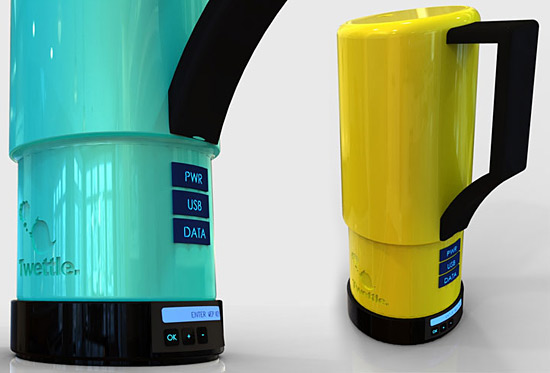 Behold the Twettle, the tea kettle that tweets. Why does it tweet? Why should it tweet? After all, Twitter is a vital social networking force that creates a dynamic Web 2.0 space within the networking grid of the modern information superhigh-

Oh, you were asking why it tweets because most people think the whistle thing works pretty well, and has for, oh, the Bronze Age. We contacted the designers with this question and got back “Because f**k you, that’s why.” So there you have it.