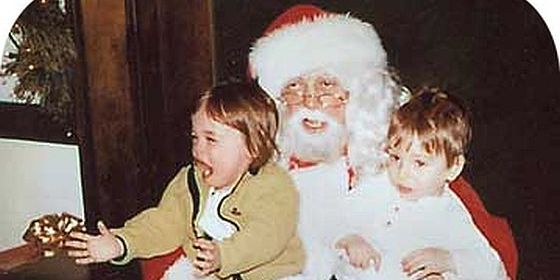 We all know that Santa is a little creepy. He lives on a commune with a bunch of elves, watches kids when they are asleep, and he has a list of all the naughty little girls and boys. And it’s not just the real Santa who is scary, but his replacements at malls and stores across the country are terrifying as well. We’ve collected pictures of 12 of the creepiest Santas from around the web, and warn you they might trigger childhood flashbacks. 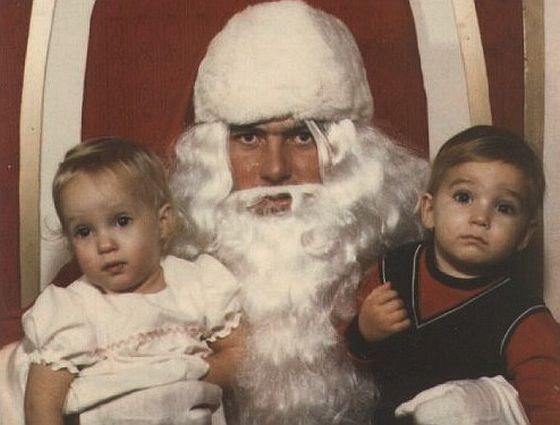 We aren't sure if one of the kids just peed in his lap or if Santa really doesn't want to be there, but either way this Santa is far from jolly. 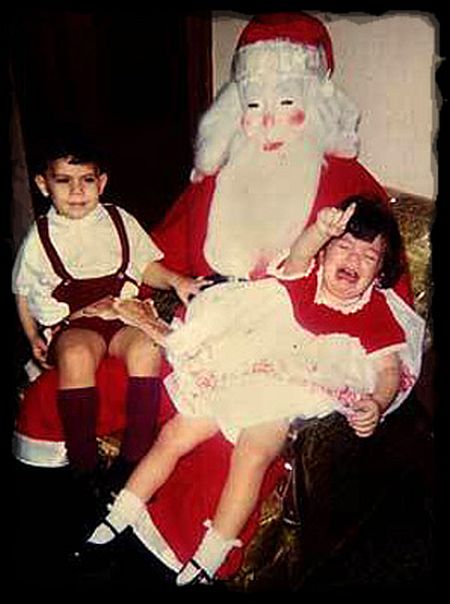 Santa is supposed to have rosy cheeks, and this guy definitely has that. The problem is he has no other color on his face thanks to a mask out of the serial killer collection. He looks like he should be playing the ghost of Santa is some dystopian Disney movie. 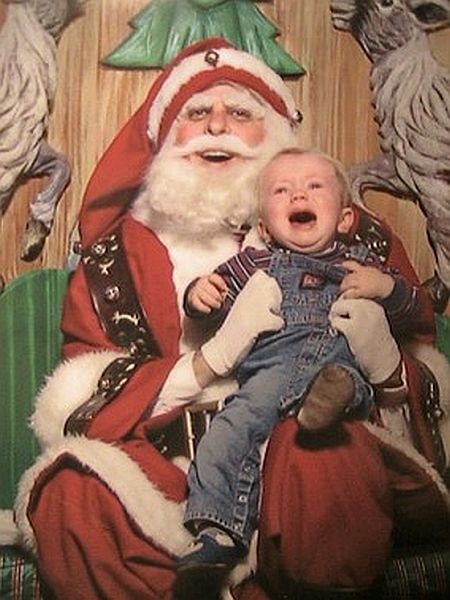 We're not sure what makes this laughing Santa so scary, but he definitely is. It might be the too perfect mustache or the too bushy eyebrows, but we think it's the abject horror in the eyes of the little tyke. There's pure evil in that laugh. 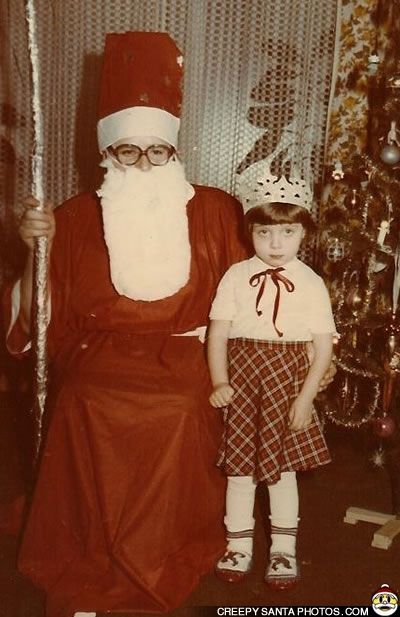 Santa is supposed to be watching if you've been naughty or nice, but he's not supposed to be condemning you to Hell at the same time. Pope Santa has powers that we don't want to mess with, but we will risk it by putting him on this list. 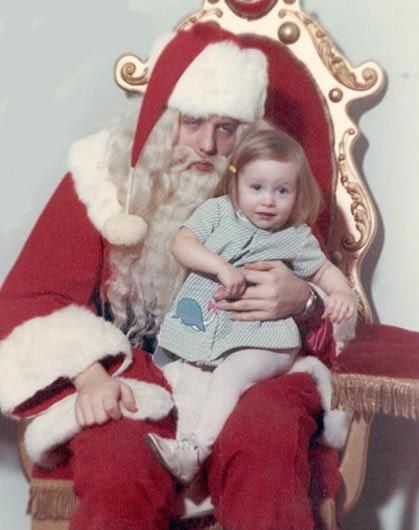 We imagine this poor fellow never meant to be Santa in the first place. The night before he was drinking at the local watering hole when a buxom blond in an elf costume started buying him drinks. Next thing he knew he woke up in the red suit with a line of kids in front of him. 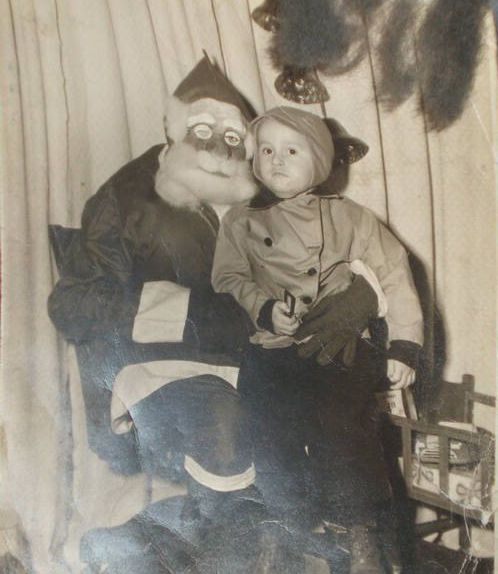 Santa comes in a number of different forms, but it's hard to believe that someone decided to model their version on a troll doll. The kid is the best part of this picture, as his look says "who are you trying to fool with this guy?" 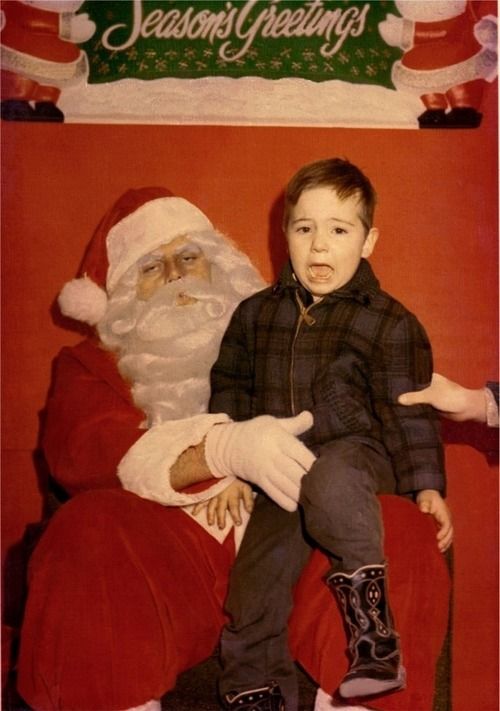 Just a wild guess, but this jaundiced Santa probably won't be passing any background checks. This poor kid probably spent years telling a shrink where Santa touched him. 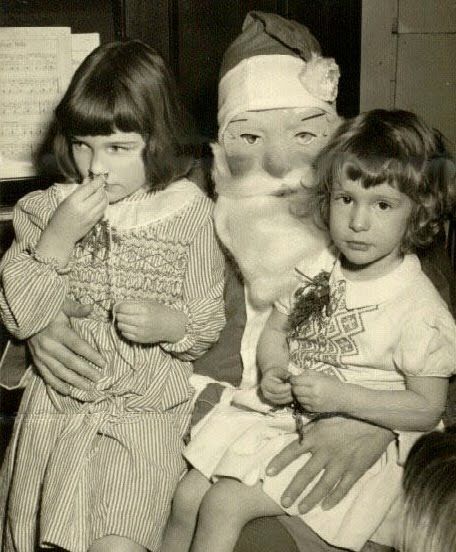 We've never seen a masked Santa in a modern mall, but we guess there was a period where people actually tried to fool kids by covering Santa's face with a layer of cheap rubber. It didn't work. 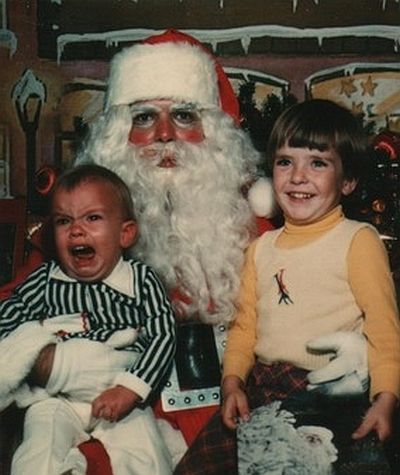 Much like the mask, rouge just looks unnatural paired with a Santa suit. A little red on the cheeks and you have a Santa, but this creepy fellow looks like he was attacked by the makeup counter at Macy's on his way to his perch. 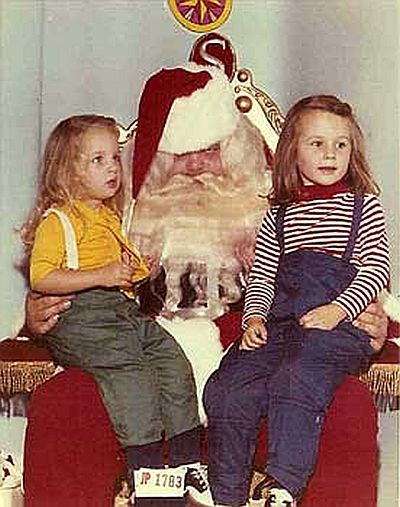 We've seen angry Santas and drunk Santas, but this guy manages to channel both simultaneously. We're going to assume the discoloration on his beard is a combination of vomit and coffee stains. 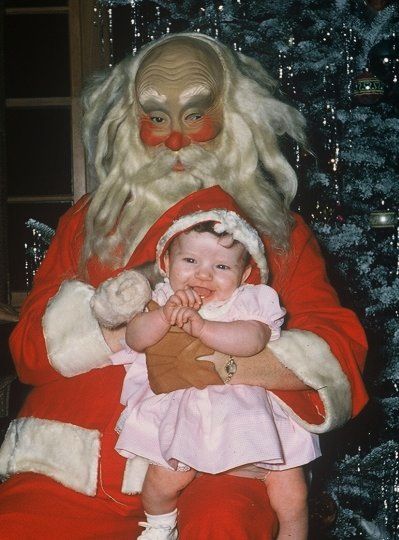 It's one thing when your Santa mask at least attempts to look a bit like the legendary fat man, but this one looks like it was inspired by Pennywise the Dancing Clown. When your Santa looks like he escaped from a horror movie set it's probably time to find a new Mr. Claus. 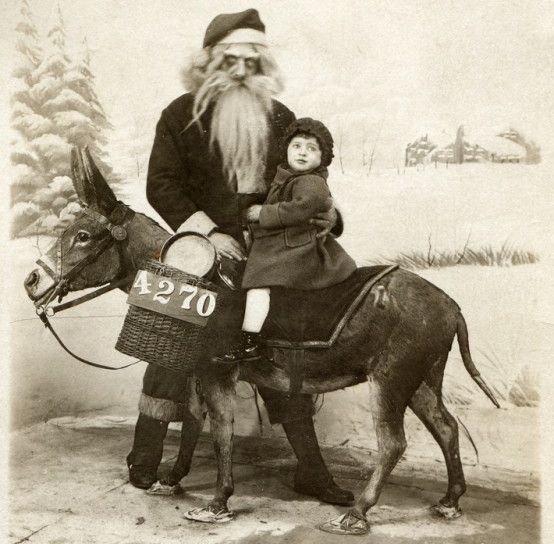 We have no idea what is going on here, but it scares the shit out of us. We're going to be barring our chimneys just to be safe.