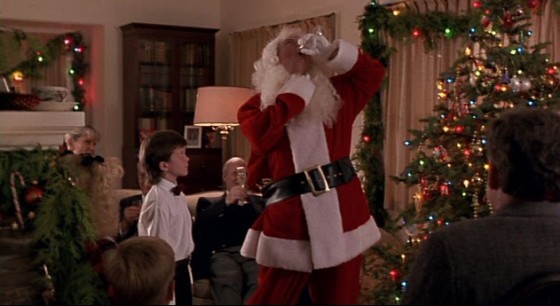 Long before Denis Leary was everyone’s favorite drunken, womanizing, dead people-seeing fireman in Rescue Me, he was a stand-up comic trying to cut his teeth on the big screen. As such, most of his early films were of the forgettable variety: Who’s the Man?, Gunmen, Judgment Night, Operation Dumbo Drop, Two If By Sea. Not exactly a murderer’s row of award-winning blockbusters. However, smack dab in the middle of the duds was a movie perfectly suited to Leary’s abrasive, acerbic style.

Directed by the late Ted Demme, The Ref cast Leary as a cranky burglar who — in order to avoid incarceration — takes a suburban family hostage on Christmas eve. Hilarity ensues after the bickering brood start airing their dirty laundry in what amounts to a 90-minute therapy session with Leary in the role of marriage counselor. Oh, and he beats up Santa Claus too.