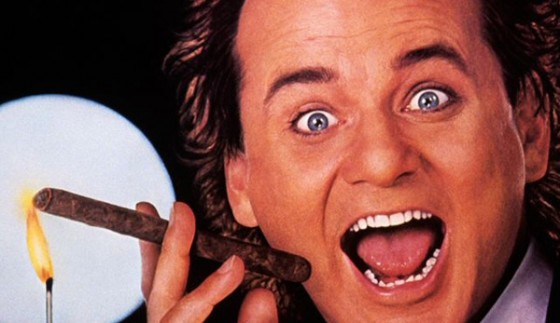 Our trip down Christmas movie lane takes us to Big Apple offices of asshole TV executive Frank Cross, played by the always entertaining Bill Murray in the movie Scrooged. This updated version of Charles Dickens’ timeless A Christmas Carol injects a heavy dose of comedy into the original plot, but does so without sacrificing the central theme of redemption.

In the following scene, Frank goes full dickhead in proclaiming his utter disdain for all things festive when he fires an employee and destroys a child’s drawing in the span of twenty seconds. That’s pretty harsh, but I still think the filmmakers could’ve gone darker. I’m talking vomiting eggnog onto a hooker’s back while banging her from behind and beating a homeless man to death with a lead pipe kinda dark. Because nothing says season’s greetings like whores and bums.