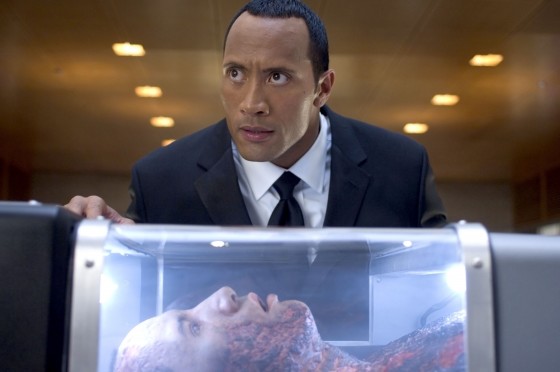 We love all types of flicks. Big budget action-adventures, gory horror, ribald comedies and anything involving masked superheroes to name a few. Then there are those films that defy categorization. We complied a great list of bizarre movies everyone should see, and now, we have a dozen equally obscure twisted flicks worthy of some hype. These oddities are far from the normal Hollywood pictures found at the local multiplex. They might be off-kilter and not make sense at times, but that doesn’t mean they aren’t interesting. Whatever the case, we can’t avert our eyes from the strangeness.

What the hell is Ryan Reynolds doing in this puzzler? He plays three different characters who may or may not be the same person. He also walks around with an invisible “9” floating over his head. Oh, and he may in fact, be God. After a couple viewings, we’re still vexed.

Not only is this French flick peculiar, it’s equally disturbing. A young man decides to follow a note meant for someone else. What ensues is an intense journey into an underground hell where lives are gambled away like poker chips.

Good ol’ Bill Shakespeare is always good for an abnormal story or two. Director Julie Taymor goes all out in this ambitious and beautifully photographed revenge tale. Hands and heads get lopped off and people get served for dinner. In other words, it’s tragic Shakespeare at its finest.

No list of twisted films would be complete without David Lynch. Truthfully, you could include any of his works, but we’re going with this nutty murder mystery. Is it all a vivid dream, or the manic conjurings of a schizoid? It doesn’t really matter. It’s pure David Lynch from start to stop.

A documentary film crew chooses a serial killer as subject. As dark comedies go, it doesn’t get much darker than this creepy study of a human monster. It’s not easy to watch, but it’s impossible to turn away from the horror.

The cool kids would call this a cult classic. You got punks, hippies, FBI agents and a trunk full of aliens. Emilio Estevez is actually funny; now that’s really weird. Needless to say, Writer/Director Alex Cox doesn’t do normal.

You’d be hard-pressed to find a more effed-up movie than this mind-bender. Firstly, it’s told in reverse order, going from end to beginning. Secondly, it features a brutal rape scene nine minutes long. Even the cinematography is freaky. It’s a wild ride, definitely not for all tastes.

Mr. Dogma himself, Lars von Trier, is responsible for this bleak futuristic conundrum about a detective tracking down an elusive serial killer. The images are stunning, but the plot is baffling. To make it more strange, Radiohead supplies the music for the above clip montage.

It’s not every day you see a Matrix inspired cock fight. This violent romp is all over the map. The hero is Brazilian, his chick is Chinese, but the bad guys are Yakuza. It’s sometimes silly, always over-the-top, but never boring. This kind of wackness would not make it past the gatekeepers in Hollywood. A collective “What the @#$% is this?” would echo from the studio suits.

If you’re familiar with the films of Russian Director Andrei Tarkovsky, then you’ll know why Stalker makes the cut. There is a place called the Zone, which is off limits to people. Inside the Zone is the Room, where dreams are said to come true. Only a “Stalker” can lead men into this forbidden Zone. This metaphysical expedition is slow paced and difficult to piece together. It’s about something, but we’re not smart enough to figure it out.

The title pretty much says it all. The same guy who made Ocean’s 11 went bonkers with this incomprehensible mash-up. It deals with Eventualism (?), speech writing, doppelgangers and a promiscuous exterminator. We think. It might be a satirical statement about how communication is often programmed and dishonest. We’re not really sure. It’s an effin’ trip, that much we do know.