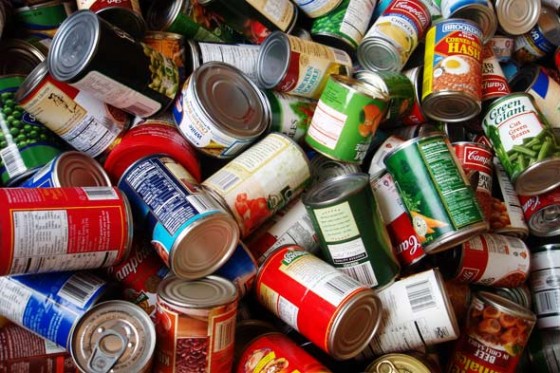 This time of year, many people collect canned food to take to homeless shelters and the like, so that poor folks can enjoy their Thanksgiving dinner too. As if lugging some expired cans that you haven’t eaten across town to give to homeless people is some grand gesture. This year, apparently the food drives are being extended to Walmart employees who can’t afford a Turkey on their wages, but they’ll likely be working that day anyways.

We don’t know what it is that possesses people to just randomly stick supposed food items into cans. Maybe it’s that whole convenience thing, or maybe it’s that age-old belief that canned edibles are somehow fresher or better tasting, or maybe it’s just the wanton desire to see what kind of bizarrely arbitrary shit can potentially receive the canning treatment.

Evidently people don’t understand that once the food is canned, it’s essentially pasteurized (that is to say, ‘cooked’) within it’s metallic tomb thereby rendering it fully consumable right after opening. Yeah, well, that’s just wrong. We can see veggies and fruit (hey, that’s yummy), and sure, various sea-faring critters (tuna, hell yeah) and soups and broths and whatnot, but these twelve completely ridiculous items are just so very wrong. 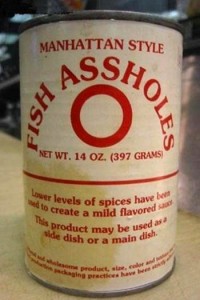 Are you kidding me? What the hell is going on here? What I do know is that you can find this stuff right down the street from where I live in a little ‘Country Store’ called Stillwaters. Now I have been unable thus far to actually find out what’s really behind this label, but I suspect something far more innocuous. 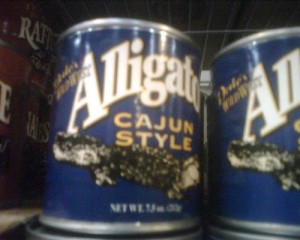 From what I understand (though I have not personally been privy) alligator meat is quite delicious and rather healthy. However, since this swill is in a can, I have my doubts. 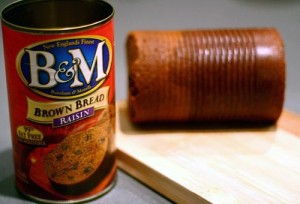 According to the Vermont Country Store web site, you can, potentially: “Serve right out of the can or toast, bake, or microwave it,” and that it comes plain or with raisins. I think I just threw up in my mouth a little.

Pork Brains in a Can 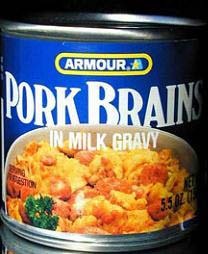 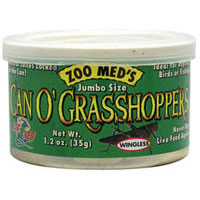 Yes, I’m aware this product is more than likely made for pets like lizards and other reptiles, but you can’t honestly tell me no one on this planet won’t eat grasshoppers, canned or otherwise. I’m sure they’re chock full of protein or something. 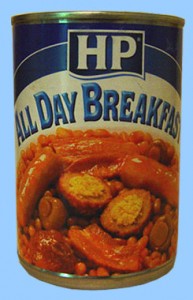 If I understand the theory here in this nightmare, the containments are supposed to provide you with a load of energy for your shift, I don’t know, in the Amazon Rain Forest. But, and I can’t stress this enough, there are eggs in here. Eggs. 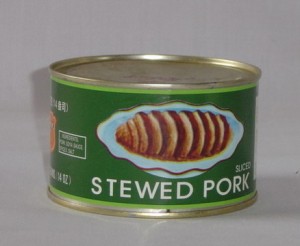 Nothing inherently wrong with this I guess. I’d imagine it not too far from a Spam-like meat product. Or I suppose it could look like gelatinous pig boogers. Wait, that is Spam. Never mind.

Lamb Tongues in a Can 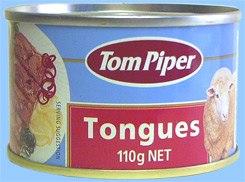 Well thank goodness for that, because we all know how difficult it can be to get a hold of fresh lamb tongues, am I right ladies? 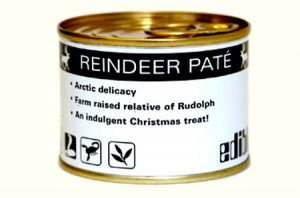 Apparently quite popular in Scandinavian countries and at least one state, Alaska, reindeer meat is quite hearty and can provide a necessary and healthy boost while dog-sledding through Arctic wastelands. I’ve got six or seven cans right now in my rucksack. 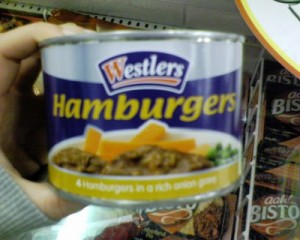 Nothing satisfies like a big, delicious hamburger. Conversely, this abomination is an affront to Freedom and the American Way, including possibly Christianity, too. Fully-cooked, hamburger-shaped patties in a can. Ready to eat. Or, just chuck ’em right in the toilet. 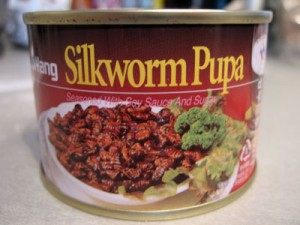 This, friends, is what the End of Days looks like. 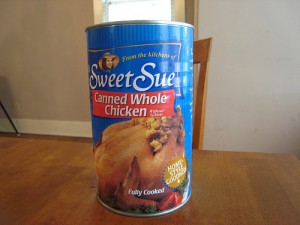 I rescind my former statement. This is every meal in Hell. Mark my words.