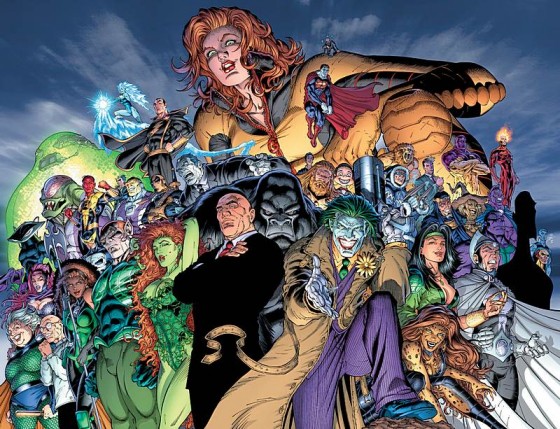 When it comes to comic book characters, especially villains, there are those who are shrouded in mystery and manage to commit crimes under a thick veil of anonymity with monikers like Bane, Paralax and Metallo. And then there are those whose names are basically like handing the heroes a business card with the word GUILTY written on it. The following twenty villains fall firmly within the latter category. Though most of them are pretty well-known and rather dastardly, they make one wonder just what kind of anti-creativity drugs writers at DC were on when they came up with ridiculous names like these. 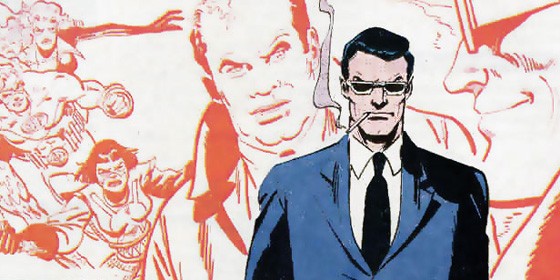 With a name like “Bad Samaritan,” you just know this dude is going to be doing some relatively underhanded things. Especially when he’s in cahoots with a guy named Baron Bedlam.

He’s named for a monster from Greek Mythology, duh. 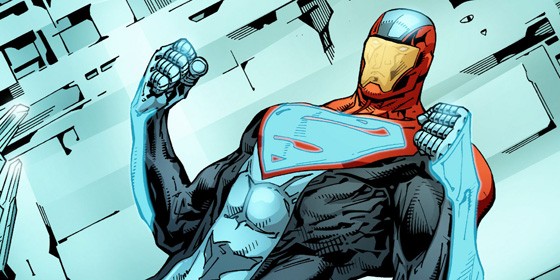 Basically a 200,000-year-old alien-created weapon, Eradicator is responsible for the Kryptonian’s adverse reactions to lead. Namely death. Nice guy, this one. 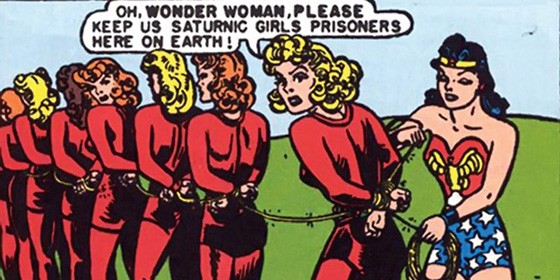 This dame fights Wonder Woman, so she’s got that going for her. Oh, and her name, broken down, is Evil-Less (less as in a female suffix). So basically, Bad Female. It’s all in the name. 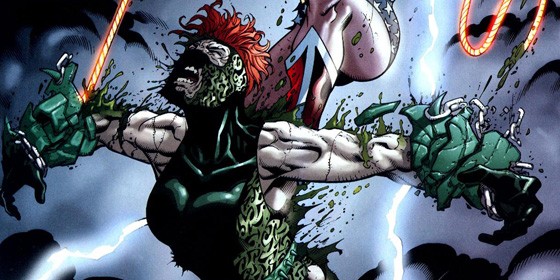 Okay, this is pretty cool: in some future of Earth, Ares discovers and steals the corpse of Wonder Woman. Okay, that’s bad, but this is just wrong: with the help of a few bad guys, Ares discovers and digs up locations on Earth where genocides took place and filled Wonder Woman’s body with the remains thereby animating it as Genocide. Damn, that’s cold. 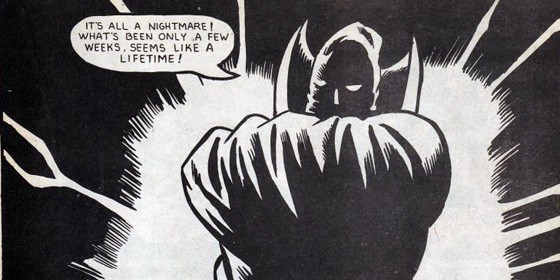 With a backstory very similar to Bruce Wayne’s, Anton Knight instead turns to a life of crime so he can aid in his sister’s lavish lifestyle and debilitating disease. All that aside, when you come up with a name like NightSLAYER, it implies an awful lot. 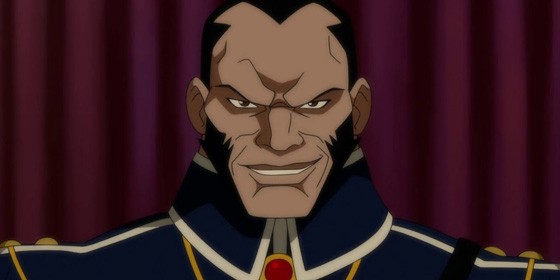 Sometimes it’s best to let Wiki say it cuz it says it best: “Savage is immortal, and has plagued the earth with crime and violence since before the beginning of recorded human history.” With a name like Vandal Savage, it ain’t like you’re gonna knit, ya know? 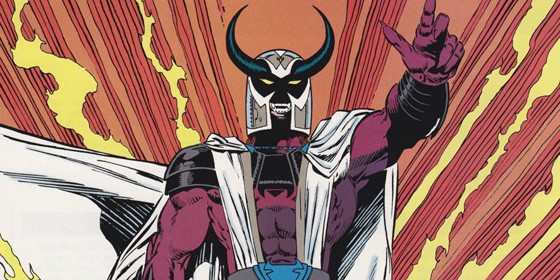 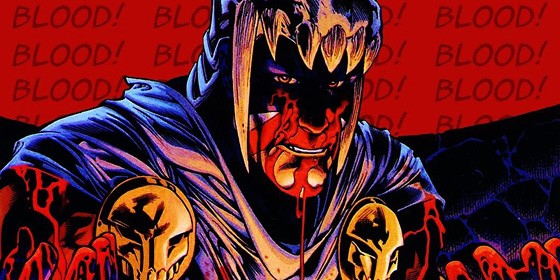 Oddly, this cat runs the aptly named Church of Blood. Of course he does, why wouldn’t he? Anytime you put the word “Blood” in your name, it immediately implies bad news. 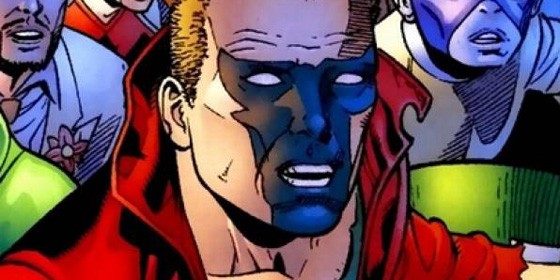 Here we have probably one of the greatest and most ridiculously named bad guys ever. There is zero beating around the bush here — his name is simply Mister TERRIBLE. There is no hiding the facts. He is terrible. As it turns out, he’s sort of an antithesis of Mister Terrific, a hero with a stupid name in his own right.

Once again, Wiki makes this mess hilarious: “Through (the changing) process, the character has retained several key features, such as: a misogynistic obsession with beautiful women; a mental instability ranging from mild paranoia, to full-blown schizophrenia; and, a diminutive stature.” So, basically he’s a bat-shit crazy dude with a bat-shit crazy name. Awesome. 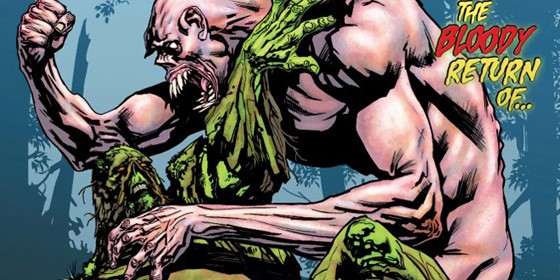 If the name Arcane being attached to a dude wasn’t bad enough, this guy is so nasty and twisted that he has created a slew of monstrous creatures called The Un-Men as well as plenty of other terrible experiments involving reanimating death. Good guy, Arcane. He’s a ball at parties. 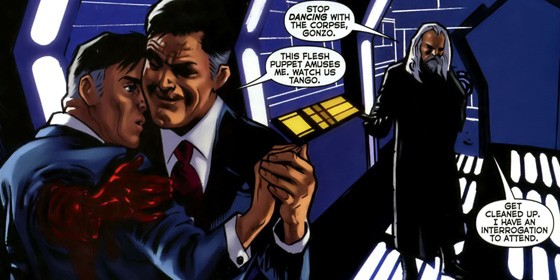 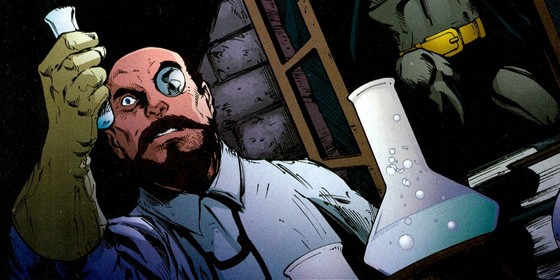 Guess what? He’s a Mad Scientist and a Chemist. Strangely, he’s not affiliated with Dr. Kervorkian. But, much like said doctor, when you get hooked up with a guy named Doctor Death… well, you kinda know what’s gonna happen. 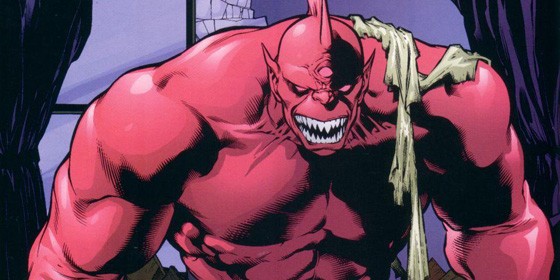 Despero is badass. He completely defeated the JLA and rebuilt the whole of Gotham City to suit his purposes. Do you think this would have gone down had his name been Doug Everyman? Nope. He’s Despero and he’s all kinds of bad. 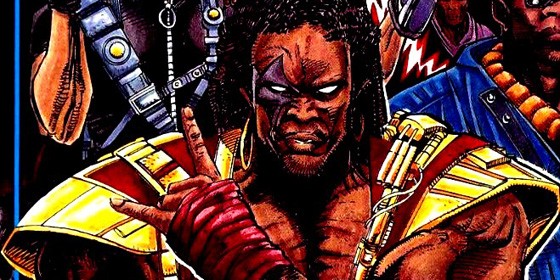 What do you think of when you think (IF you think of) the word Holocaust? Yep. That’s what I thought. So when a villain is named after the systematic decimation of an entire race by a sociopathic madman, it wouldn’t matter if you were an ice skating carpenter. You’re going to be evil. 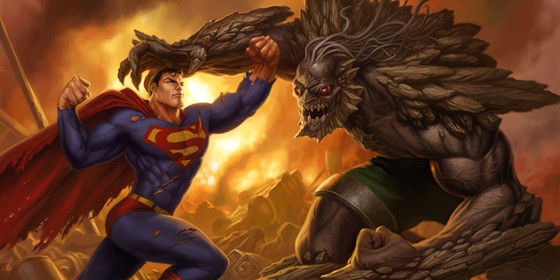 So named by Booster Gold as his actions resembled, “the coming of Doomsday,” this particular bad guy is nearly invulnerable with zero remorse for his devastating actions. Oh, and he killed comic-dom’s most endearing icon: Superman. There really is no other villain with Doomsday’s credentials. Nasty. 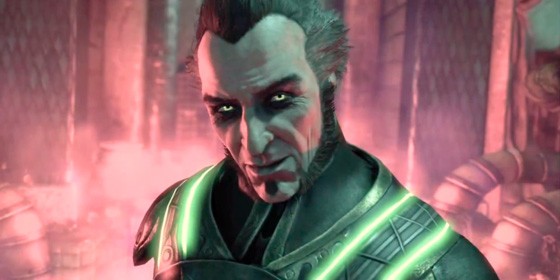 Before we even get into the fact this guy has had much to do with Batman’s problems (aside from the Joker), Rā’s al Ghūl is literally translated as “The Demon’s Head.” That, son, is just filthy. When ya go around with a name like that, in whatever language, no one’s going to mistake you for a pal. 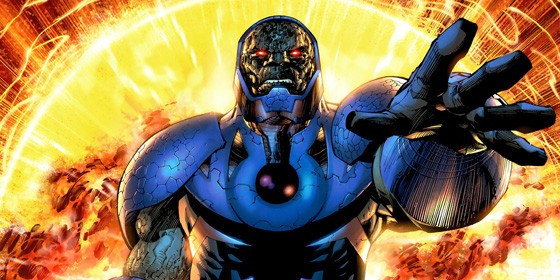 One of the most powerful supervillains in the DC universe, Darkseid is an inhabitant of the constantly warring planet of Apokolips. Yes, he’s bad and has tussled with everyone this side of Superman, but the point is his name is Darkseid. Not Jeff ‘Darkseid’ Veeblefetzer. Nope, just straight up Darkseid. 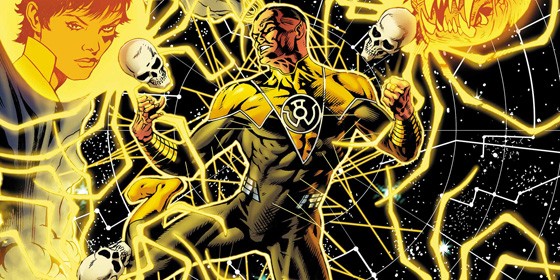 This is absolutely my favorite case of “How the hell did you not know this dude was a villain” in all of comics. This dude was the head of the Green Lantern Corps on Oa for a long time and his name, even then, was Sinestro. I mean the word SINISTER is implied right in the name! That’s not a word meaning “friendly and kind!” How did the Green Lanterns (and especially the Guardians) not see that one coming? Sinestro: hiding his name for years like a boss.