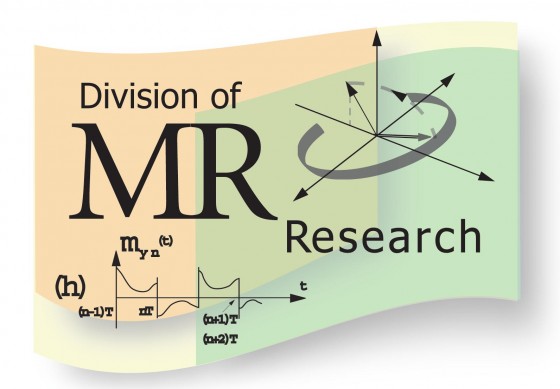 Being called ‘Mister’ is a badge of honor worn exclusively by those who truly deserve it. Whether you are a mascot, a person who’d rather remain anonymous, or even a toy, if you’ve earned the title, ‘Mr.’, you, my friend, are in the upper echelon of men. Sorry Digg fans, no Mr. Baby Man, but we have 25 others that are sure to make you happy. Oh, and if I’ve somehow missed a Mister that’s as poignant as this batch, let me know and there might be a Mr. Fist in it for ya! Seriously!

Though, “Mr. Pibb and Red Vines are crazy delicious”, this red-headed step-soda is still basically Dr. Pepper without the credentials and PHD. Yet, there are some who would take this pop over its 23-flavored cousin every day of the week. Those people are nuts. 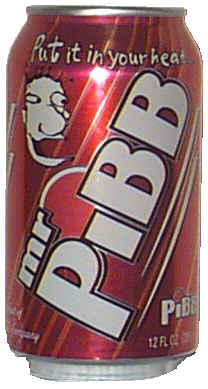 Mr. Bounce, Mr. Chatterbox, Mr. Forgetful… oh yeah, if you’ve had a ‘feeling’ they’ve made it into a book. And by now, if you have kids like I do, they’ve even managed to make this beloved series by Roger Hargreaves into a cartoon! Sounds good to me. 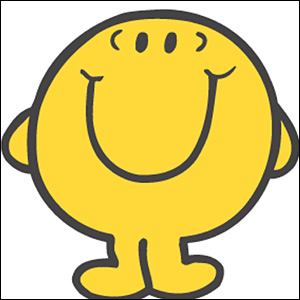 Being a fan of Mick Foley was like being a fan of an entire Wrestling organization. He was Cactus Jack and Dude Love among others, but quite possibly his most famous persona was that of the psychopathic lunatic named Mankind. Mankind had a little friend, too… and he was a sock. Mr. Socko would always make his nasty, moist appearance when it was mandible claw time, and he’d shove that shit right down his opponent’s throat. 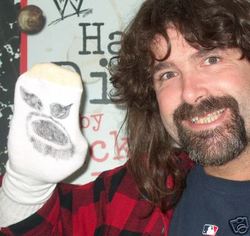 Are you a gigantic gray-green monster who is semi-intelligent and looking for a job in the personal body-guard industry? Well, why not don a natty suit, white gloves, and a discreetly-humongous bowler hat and become Mr. Fixit? Oh, you say you’re The Hulk? Yeah, the job’s yours. Don’t hit me. 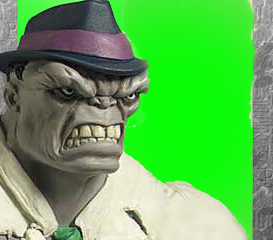 Remember such 80’s tripe as: Kyrie? How about the artsy yet cloyingly saccharine, Take These Broken Wings? Yeah, you know who I’m talking about. Man, as diverse as the 80’s music scene was, it sure was a big steaming pile of shit. 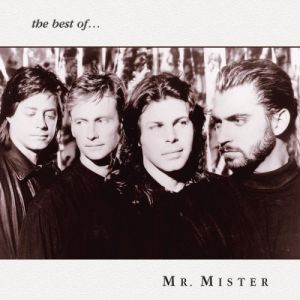 Oh Christopher Hewett you smug son of a bitch, we hardly knew ye. Life on a tiny little sit-com stuck in the middle of a vast expanse of oceanic-sized televised crap can sure be a lonely existence… but you will forever leave a lasting impression on our mortal souls. I tip my hat, sir. 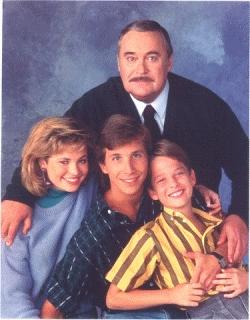 Jim Backus, the beloved voice for Magoo, also happened to be Thurston Howell III from Gilligan’s Island. You can obviously draw a few safe conclusions about their similarities. Or, just pretend Mr. Magoo is a real person in and of himself and bask in that wonderful thought. He was such a damn clod, too, if you remember. 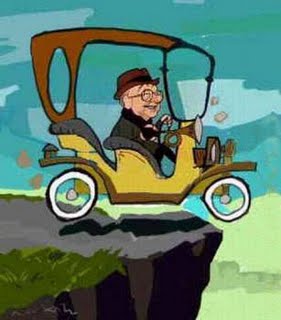 Mr. Salty was a sailor under the employ of the Nabisco company. He sailed many many miles in search of the mythological island somewhere in the Pacific made entirely out of delicious salt. His only goal in life was to find this land, rape it of its precious mineral, and put a final stranglehold on the pretzel market forever. He has been lost at sea since 1986. I made that up. 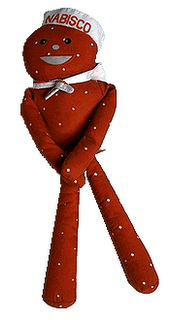 Bob Parr, also known as Mr. Incredible, is but one super-powered member of his family. Though they are a dying (literally) breed, the Parr’s -Elasti-Girl, Dash, Violet, and Jack Jack- manage to save the world from the egocentric stupidity of Syndrome. Also he’s nigh invulnerable and damn strong. Snappy dresser, as well, even without a cape. 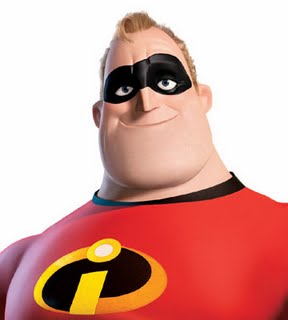 A mischievous imp from the ‘5th dimension’, Mxy is a troublemaker of the highest degree. Doing what he can to make life miserable for, most often, Superman, the magical being can only be dispelled by having his name spoken backwards. It’s damn hard enough just to pronounce it right, you Rumpelstiltskin from HELL! 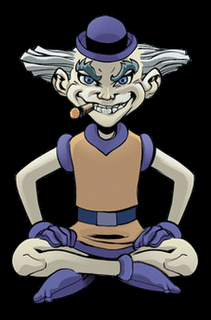 Though the picture represents the newer incarnation of this game, it is still the same deceivingly simple concept. The idea is to launch tiddly-winks into the mechanism’s constantly shifting, gaping, maw in order to rid yourself of as many as you can before your opponent. It gets really violent when you start pelting each other with the plastic slugs. Also a fair bit more fun, too. 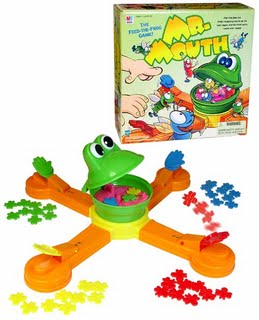 Though once in time I would have called myself every bit of a comic book geek, alas, times change and my memory of many comic instances fade a bit into obscurity. I do, however, remember Mr. Sinister. But rather than try to remember all of his really cool back story, I offer this: The Life and Times of Apocalypse’s Bitch. 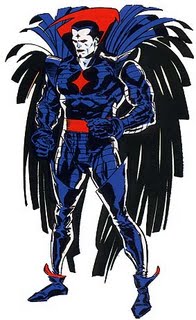 Reggie Jackson. When you wanted a clutch hitter in the post season, he was your man through and through. Remember in The Naked Gun when he was programmed to, ‘Kill the Queen’. Yeah, that was awesome. 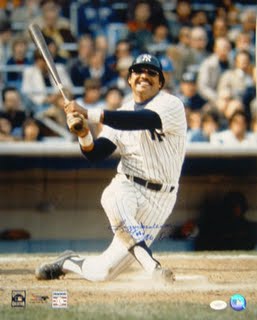 Mascot supreme for his own share of cleaning products, the bald djinn known to mortals as Mr. Clean doesn’t just remove filth and soil, he punishes it! Armed with every cleanser and ‘remover’ known to his kind, the earringed, white-T’d brute will either scrub your mess, or die trying. The secrets behind his Magic Eraser remain a closely guarded mystery. He is an enigma.

Let’s see: A) His name is Reed Richards. Um, B) He’s damn stretchy… oh, and C) His wife is super hot. Ok… D) He’s part of the Fantastic Four and… hmm… oh yeah, E) He invented the Ultimate Nullifier to kill Galactus but if he ever uses it, all of life on Earth ceases to exist. What an ass.

Born in 1972 and marketed as the only drip coffee maker ever, Mr. Coffee has become something of a pop-culture icon. Sure, it still exists in newer, more convenient forms, but how many of us remember having somewhere in our parent’s 70’s and 80’s kitchen the avocado-hued masterpiece? Yeah, just so, so ugly. 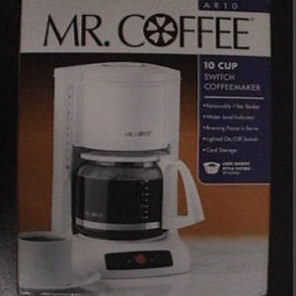 Shuffling this mortal coil just a few years ago, Don Herbert was, to many children, what made science so damn cool. He popped up on TV for a long time hosting his own show that allowed kids hands-on experience with experiments before many of them had a chance to do so in school. I remember seeing him on re-ran episodes on Nickelodeon back in the late eighties and early nineties. As cool as he was he always reminded me of a snarky neighbor I used to have who was really cool at one point but could bite your head off the next. Oh Mr. Wizard, we miss you. 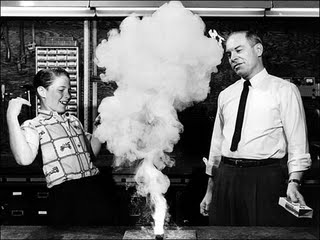 Ya know, with a name like Mr. Bubble it’s almost implied that you’re going to have rich, thick lather and huge, soft bubbles. Well, you’d be wrong. I use to buy this stuff for my kids all the time since it’s got nothing irritating in it, but the bubbles are so weak and pointless it really ought to be called Mr. No Bubbles. Ha, get it? 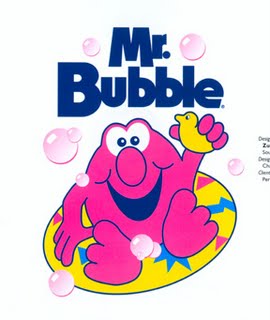 Watching Rowan Atkinson’s bumbling, bafoonish loser is something everyone can enjoy! It makes us all feel a little bit better just knowing that things that could potentially happen to all of us are always happening to this lovable doofus. Yes, you feel bad for him, but you always want him to get nearly hit by that bus one more time. 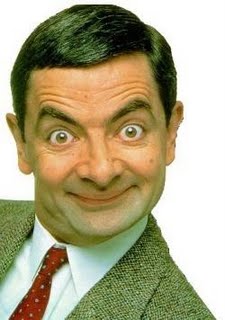 ‘A horse is a horse of course of course, and no one can talk to a horse of course, that is of course, unless that horse, is the famous Mr. Ed.’ That’s right! Everyone loved that peanut butter-lipped equine that only shared his useful knowledge with one Wilbur. Great show. I hear now that Mr. Ed has gone on to an illustrious career as a whole bunch of glue. 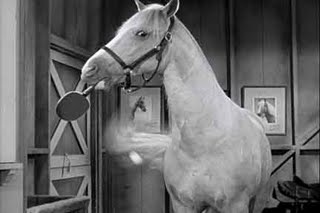 In 1918, the gentlemanly and anthropomorphic peanut known as Mr. Peanut was revealed. Most people don’t realize that this Planter’s mascot is not just an illustrated nut, but rather a bizarre and horribly awry science experiment combining the shelled legume with a desperate company CEO. They’ve had to disguise him as just a drawing as not to scare off lovers of the products, and human-kind alike! EVERYBODY RUN!

Fred Rogers was such a part of the youth of America that he has become a mainstay in publicly broadcast television. Using his cozy home as the backdrop for his show, showing off his fish tank, his giant traffic light, and his kitchen, Mr. Rogers let each of us see a little bit of his life. From the moment he opened the door to change his shoes and sweater, to the moment he led us all into the Land of Make Believe with his trolley, he had every child’s undivided attention. Long live the red sweater! 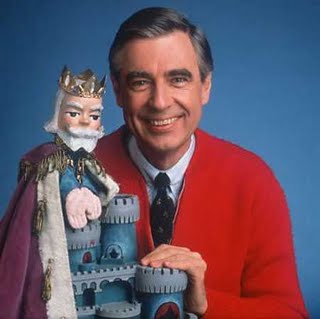 Known to some as just Spock, he was Mr. Spock to Captain Kirk, so you better treat him with the same respect. Mr. Spock, the half Human and half Vulcan, was first portrayed by Leonard Nimoy in the original Star Trek series. He’s appeared in a slew of other Star Trek related productions, and his delivery on lines such as, “I have never understood the female capacity to avoid a direct answer to any question” was always spot-on. 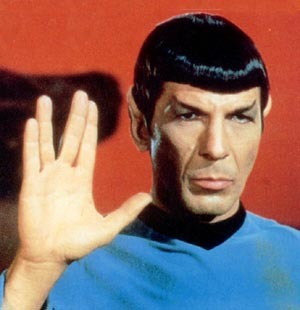 Originally just marketed as a box of ‘parts’ you could jam into a real spud, Mr. Potato Head has been a childhood favorite for just about ever. Now available in an amazing array of styles and fashions, the ability to take a plastic potato with a door in his ass for extra storage and create facial features and body types is every mad-scientists dream come true. ‘Hey look! His damn eye is where his arm should be! HA!’ 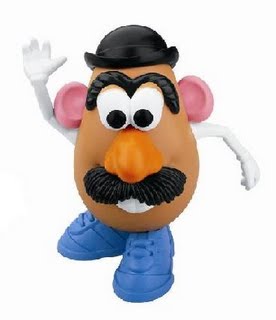 Was your character’s name on a cult-classic TV show called A-Team, ‘Bad Attitude Baracus’? Yeah, I didn’t think so. Are you world-renowned for your mohawk and shit-loads of gold? No, okay. Were you Clubber Lang? Pfft… whatever. You are not Mr. T. He is. Jackass. 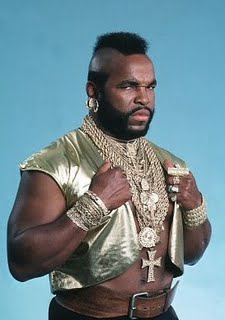