It seems that the possibilities for bobbleheads are limitless. Any real person, and fake person, any cartoon character, and now, even certain scenes from single episodes of old TV shows.

Yes folks, at long last, there is now a William Shatner as Bob Wilson Twilight Zone bobblehead, with him sitting in his airline seat and peeking out the window. 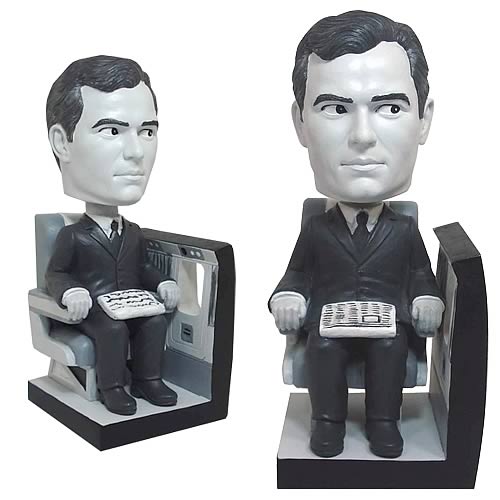 What is he looking at, you ask? Why, the gremlin on the wing of the plane, of course! And that is available in black and white OR color!

And, the classic scene:

But it doesn’t stop there. It appears they’re out to make a bobblehead for characters in every episode! So, the Kanamit Bobblehead is a natural choice. 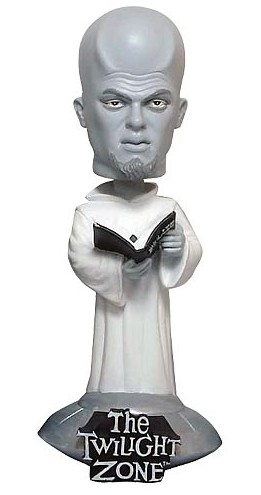 The first ever ventriloquist and dummy bobbleheads, Willie and Jerry Bobblehead. 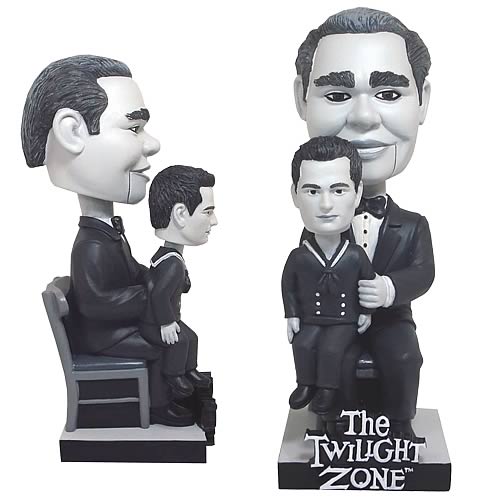 And, the most realistic episode ever, the Invader Bobblehead! 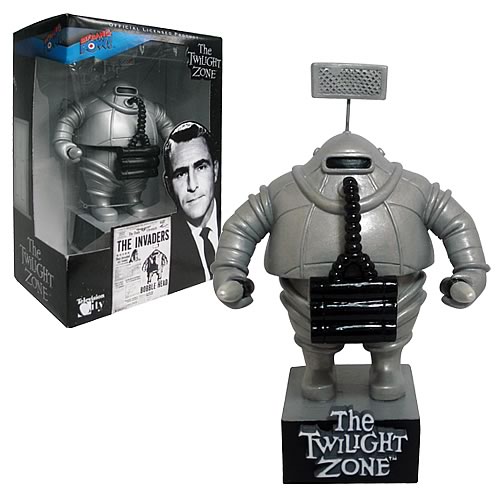 And who could forget the Mystic Seer?

For the little creepy girls, the Talking Tina! 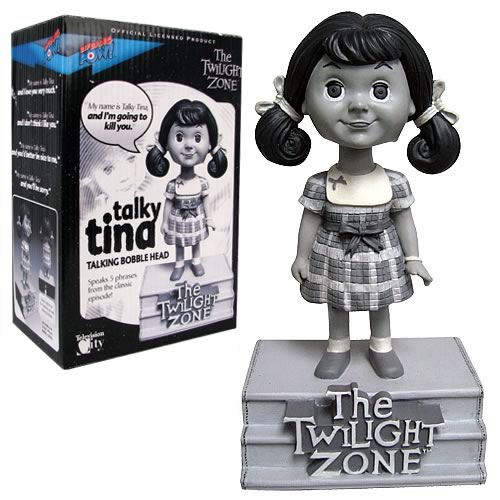