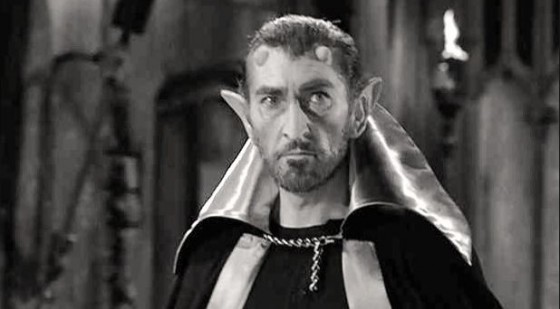 The 1960’s were a rare time in television history. There is a very real possibility that if you starred (or guest starred) on one of a handful of series from the 1960s, you can still find a convention where eager fans want to meet you today.

The wonderful thing about re-watching television from the 1960s (which I do on a far too regular basis) is that you can spot the same general troupe of actors in many different series. There were a lot of anthologies and westerns which shared the same actors. If you watch enough, there is some level of esoteric observations that you can make even today.

For instance, people who would go on to play Batman villains often had been in a Twilight Zone episode about the Devil. We are not entirely sure why this is true, but it certainly is. 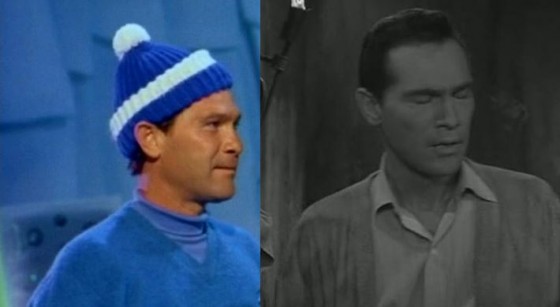 H.M. Wynant was a veteran character actor in television in the 1960s. Wynant is one of those classic “Hey, I’ve seen that guy… somewhere… before!” guys. It’s like the commercial with Ken Jeong where he says “I’m…that guy… from… that thing.”

One of the great iconic roles that Wynant is remembered for is the Twilight Zone episode The Howling Man. The Howling Man is based on a masterful short story by Charles Beaumont (who also wrote the teleplay) about a man David Ellington (played by Wynant) who had let the Devil go from a monastic order and then subsequently trapped the Devil again. That is the type of classic television that Wynant would have probably wanted to be remembered for.

However, Wynant also needed to pay rent. That means that Wynant wound up being the bumbling henchman to Mr. Freeze named ‘Frosty’ in a two-part episode of Batman in 1967. He could also walk-on to an Old Navy commercial shoot and fit right in.

In David Wayne’s five decade career in television as well as film, there are a lot of opportunities to recognize Wayne’s body of work yet never know his name. However, Wayne did some memorable roles. In the Twilight Zone, Wayne played Walter Bedeker in the episode Escape Clause. Escape Clause was the first Twilight Zone episode to feature the Devil. In that episode, the Devil is played by Thomas Gomez in the form of Mr. Cadwallader. Bedeker, a hypochondriac, sells his soul to the Devil (Mr. Cadwallader) for immortality. Bedeker then chooses to die when he is sentenced to life imprisonment.

A few scant years later, Wayne would be recognizable on the nostalgia circuit for his over the top portrayal of the Lewis Carroll inspired Batman villain, The Mad Hatter. Wayne’s portrayal of the Hatter seemingly not only influenced future interpretations of the villain in Batman, but seemingly also Johnny Depp’s Hatter in Alice In Wonderland.

Burgess Meredith played the Devil in the Twilight Zone episode The Printer’s Devil. In that episode, Meredith’s Devil is an evil lascivious Devil who over indulges because he can. Meredith’s Devil is marked by odd mannerisms as well as an overly long cigarette. Meredith appeared in several classic episodes of The Twilight Zone of which The Printer’s Devil was the last.

It is said that Batman producers always had a Penguin script ready just in case Meredith was in town and wanted to do the role. However, looking back at those photos above, you almost have to wonder how much Meredith was just re-channeling his Devil role in The Printer’s Devil when he was playing the Penguin in Batman.

The Twilight Zone featured precisely one female devil. That honor went to Julie Newmar in the episode Of Late, I Think of Cliffordville. Newmar played Miss Devlin in the episode, where she offers a wealthy businessman the chance to go back in time and re-build his fortune.

Of course, Newmar would be famous from the 1960s until today for playing Catwoman in the Batman television series. It is interesting to note that Newmar seems to be fond of headgear in both shows. She wears devil’s horns in The Twilight Zone and then cat’s ears in Batman. They just tend to look remarkably alike, and pretty damn hot.

It is odd and most likely completely unintentional coincidence, but you have to admit there is a very real link between Twilight Zone ‘Devil’ episodes and 1960s Batman villains.