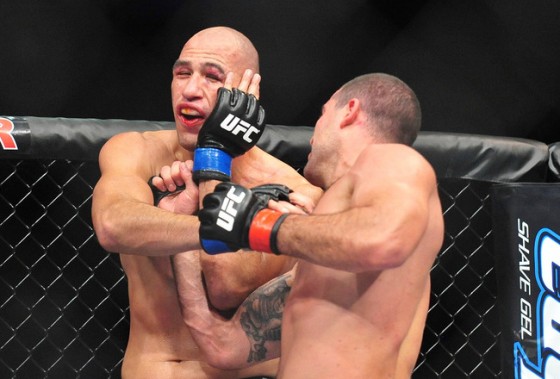 Kicking off the 4th edition of the UFC on FOX was Mike ‘Quick’ Swick and DeMarques ‘The Darkness’ Johnson. Swick was back after a severe illness which put a hold on his very promising career as a fighter. Johnson, however, has had 25 fights in just 5 years since his MMA career began, but a recent run of form has seen ‘The Darkness’ struggle to pick up back-to-back wins since 2009.

The fight sparked from the moment the bell rang. Swick threw two heavy over-hand rights that met the mark perfectly. Both fighters traded blows, with Swick getting his powerful right hand loose until ‘The Darkness’ took the fight to the ground and ended round one in full mount, thus exploiting Swick’s rusty ground game. 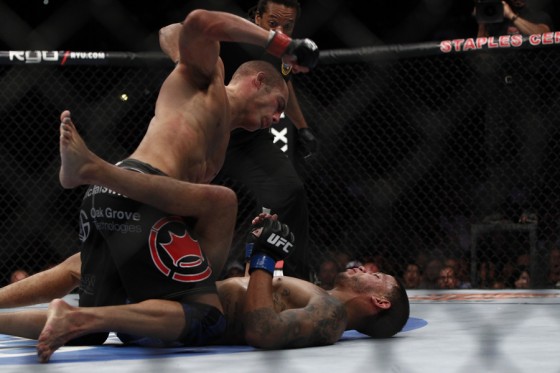 Eighty seconds into round two, Swick had evidently shook off the ring rust and caught a kick from Johnson and threw him to the mat. Following up with a gravity buffed right hand and then sealing the deal with two insurance blows to the head of an already snoozing DeMarques Johnson. A magnificent opener for UFC on FOX 4. Everyone loves a comeback don’t they? Even better when the guy has depleted uranium knuckles. Boom (that’s what goes into tank shells).

Swick picked up ‘KO of the night‘

J-lo’s  power and sheer energy is not up for debate; he’s a ball of aggressive excitement inside the octagon with lightening fast punches and a dominant ground game. Varner on the other side of the cage has a far more muscular frame for a 155 pounder, possessing a powerful right hand as well as a tight power double.

Varner was the more aggressive in the first round, changing levels constantly and always finishing with the heavy right hand that hit J-lo twice in the temple as he pushed the pace of the fight early on. Lauzon finished the round relatively unhurt without showing a great deal of offence but making up for it with tremendous boxing defence.

The second round saw stand-up and ground work from both fighters. Starting with toe-to-toe trade off’s, Lauzon using his reach, and Varner keeping that right hand cocked to steady the onslaught. Jamie Varner pulled guard two minutes in while attempting a guillotine choke which J-Lo countered and used as an opening to drive elbows into his awkwardly positioned opponent. Although dazed, Jamie Varner ended the second round in half guard making the most of short elbows and punches. 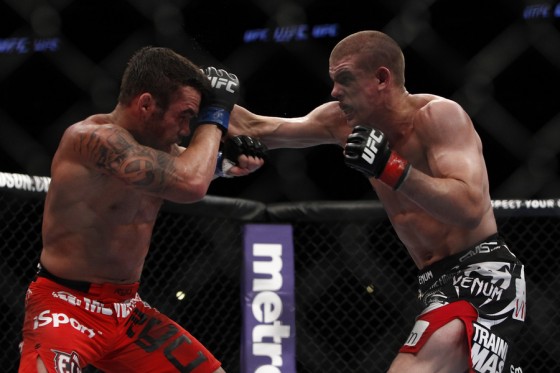 In round three both exhausted warriors hug it out. A perfect example of friendship transitioning inside the cage was brilliant to see. Varner pushed the attack and took Lauzon down with a power-double, early on in the second round. Lauzon then turned the tables and swept Varner and thew his legs up and caught him in a deep triangle choke that finished the fight. Immediately after the tap, they hugged and showed again their mutual respect for each other. 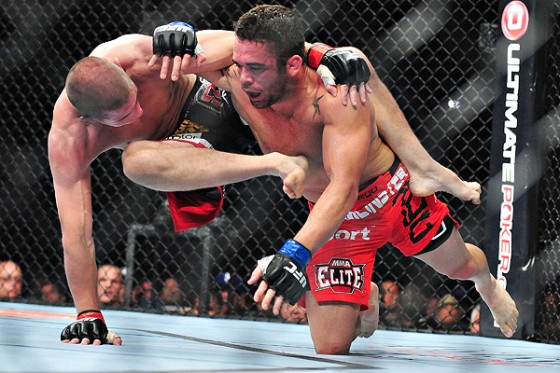 “One punch knockout power” is thrown around a lot in the UFC, but one fighter who more than deserves that accolade is Ryan ‘Darth’ Bader. The guy looks like he’s carved from granite with a rock of a right hand to-boot. However, Bader’s chin is the only thing not crafted from stone… a more accurate description would be glass. That is where Machida’s opening was, possessing some of the deadliest head kicks and short punches in the lightweight division.

A cagey opening (excuse the pun) in the first round, both fighters found their distance until ‘The Dragon’ threw a left body kick straight through Bader without taking a step, stunning the 205 pounder. Machida continued throwing decoy hands before following up with a snake-like body kick over and over until Bader rushed in to close the distance, only to get tagged with a counter punch. A very meek round for ‘Darth’.

The second round picked up from the first with Machida frustrating Bader with smooth decoy hands until Bader switched from human into ‘steam-rolling-berserker and charged… only to run into a fist-shaped anvil courtesy of Machida. If that moment was a cartoon, a speech bubble CLANG! would appear in zigzagged writing. Bader drops like a ton of bricks, Machida picks up the W. 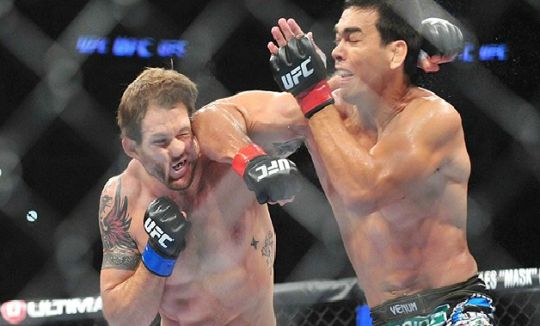 The main event. Many thought the winner of this bout would get a shot at the winner of Jones vs. Henderson, so the stakes were high for both fighters. Vera was coming from a turbulent time of late regarding his contract and injury, while Rua hadn’t been able to string back-to-back wins since 2009.

Vera opens with an unorthodox head kick. Rua begins to push the pace and floor Vera as ‘The Truth’ grabs a hold of a guillotine which was just too high to cause significant damage. Rua managed to wiggle free and ended the round dropping heavy hammer fists from side control. The second round started at an electric pace. With the crowd chanting “Vera, Vera!,” the 34-year-old picked up speed only for Rua to land a heavy leg kick that partly swept Vera; seeing the wobble the veteran Shogun unleashes a storm of knees, elbows and punches against the cage. 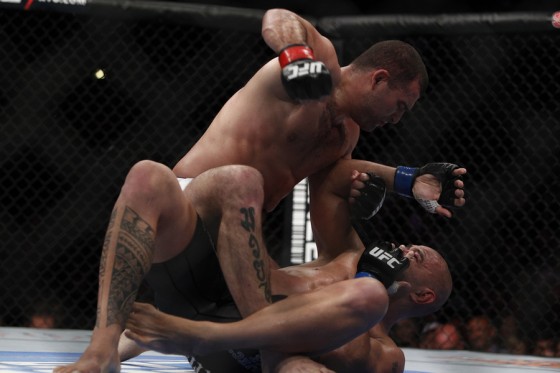 With the crowd still cheering for their new favorite, Brandon Vera found a home for a great combination of his own: right, left and finishing with a leg kick. Vera found huge success with that combination throughout the fight only to fall short in the fourth round.

Dana White mentioned that you can’t put a ranking or a number on heart or determination. This is perfectly accurate in regards to Brandon Vera. Although his ground game was poor compared to that of Rua’s, he hung in the fight until the fourth round with flying knees and sharp combinations until the very end when Rua made the most of Vera’s gassed state and rammed home vicious knees and pin-point jabs against the cage until he stumbled and fell to the canvass. Shogun picked up the win, but was bitterly disappointed by his performance, shaking his head as he walked away from the star-seeing Vera, again having his cardio called into question by Joe Rogan and the majority of the UFC fanbase. 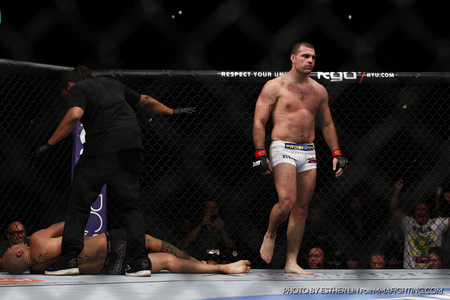 With that said, it was a fantastic fight night. Judges weren’t needed for the main card, which is always a bonus. Fans of FOX finally got to see what the UFC is all about, too. Explosive, dynamic and entertaining fights full of character.