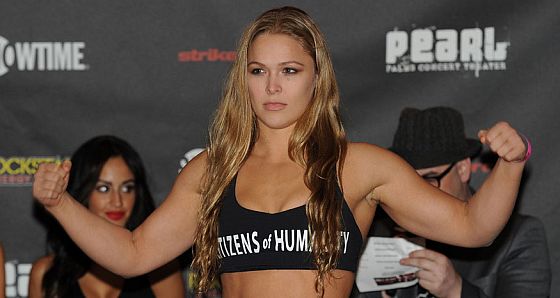 When Ronda Rousey signed with the UFC last fall it made headlines across the internet. The former Strikeforce champion had already appeared in the ESPN body issue, and has built an impressive portfolio of modeling shots outside of the ring. When Dana White brought in into UFC, Rousey became the new face of their new Women’s Division, which will launch with a fight on the UFC 158 card. 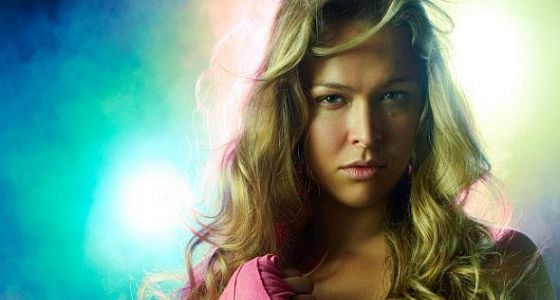 One of Rousey’s fellow female fighters is apparently unhappy with all the attention that Ronda is receiving. Cris “Cyborg” Santos, who fights at a higher weight class than Rousey, is attempting to taunt the lighter fighter into meeting her for a match. Taking to social media, Cyborg called out Rousey aggressively.

i will fight Rhonda with one hand tied behind my Back at 140lb and still kick her ass and prove that I’m the real champ not her- and let the winner take ALL come on rhonda step up bitch! 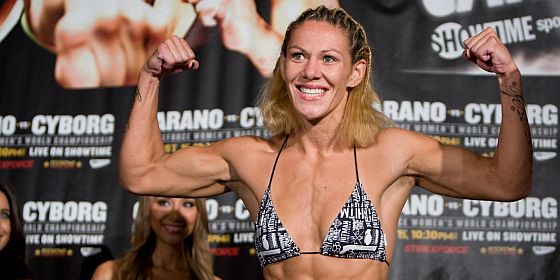 That’s some of the best trash talk we’ve seen out of the MMA in years, which is especially impressive since Santos isn’t even signed with the UFC, and unlikely to meet Rousey any time soon.