Uggie the Dog is Retiring 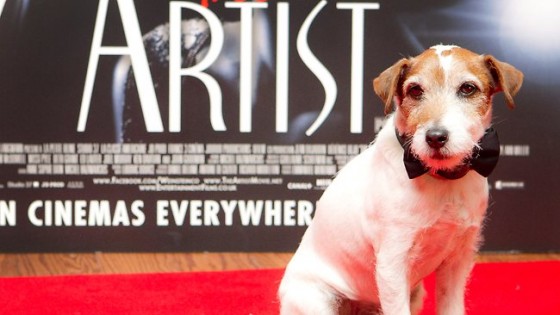 Sad news out of Hollywood. Uggie the dog, star of Best Picture frontrunner The Artist, is retiring from the business of show. Say it ain’t so. Oh, it’s so.

“I’m retiring him,” Omar von Muller told Life & Style in a bombshell exclusive. “He may do a couple of little things here and there because he enjoys them, but I don’t want to put him through long hours anymore. He’s getting tired.”

The cruel and ugly Hollywood machine claims another victim. I haven’t been this upset since Toonces the Driving Cat met an untimely end on a steep and winding road in the Bavarian Alps.

Our loss is Uggie’s gain. Rather than rescue greasy French actors from deadly house fires, he will live out his remaining days on a quiet country estate feasting on the butchered remains of the horse from War Horse, sniffing the asses of neighboring Shih Tzus and licking his balls atop a monogrammed satin pillow.

Here he is skateboarding like a boss. Farewell, old friend.