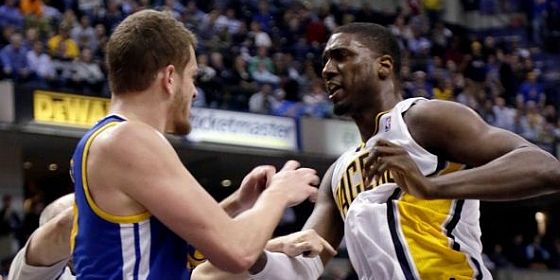 In a fight that will wrongly bring back references to the infamous Malice at the Palace, members of the Warriors and Pacers took an on-court brawl into the stands Tuesday night.

The Pacers, who were also involved in the last big NBA fight, will again lose players for a significant length of time. Commissioner David Stern is likely to hand down suspensions to Pacers Roy Hibbert and David West, along with Warriors David Lee, Klay Thompson and Stephen Curry. Luckily for the NBA, no fans were involved in the altercation.