By Thomas Delatte on September 3rd, 2016

The start of the college football season also marks the beginning of a plethora of polls, power rankings, and predictions. So it goes without saying, college football fans are a little overwhelmed with the amount of data they can access before the season even begins.

A good idea of just how much data is out there, go to MasseyRatings.com and take a look at the consensus college football poll for the 2016 season. They take every poll out there and average out each team’s ranking to form an ultimate power ranking. How many polls do they use? Try 47. So when you see another poll, if you’re like us, you will probably not read it and assume it is more of the same.

Then they have multiple All-Star teams like the All-Americans or All-Freshmen team. Those can be interesting until you start seeing players that might not be great at the next level. So our NCAA Football lineup is going to feature the best offensive players in college football, at every position, based on a few different factors (Future in the NFL, Level of Impact for their current team, production, etc…) 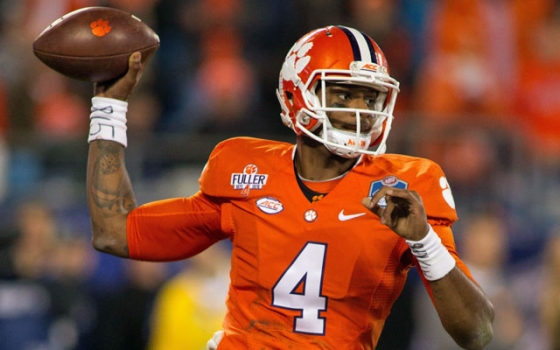 There is no team in college football that needs one player more than Clemson needs Deshaun Watson. He has become the face of the organization and the NCAA. He has the arm strength, speed, accuracy, and leadership to take the Tigers to another CFB Playoff and a potential National Title. 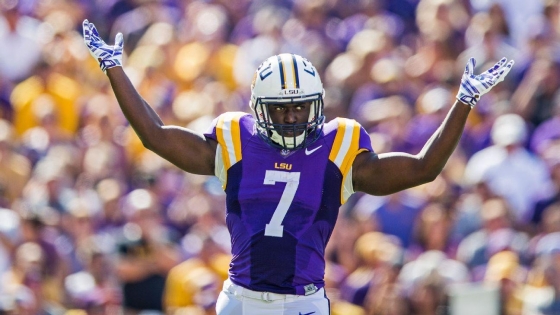 It isn’t fair for a college running back to be 6’1″ and weigh 235 pounds of pure muscle with the ability to run the 40-yard dash in 4.35 seconds. That is just plain sick. He has also been able to deliver following the hype as he entered LSU and is now a heavy favorite to win the Heisman trophy. He runs over people and relies on his strength a little too much, which is a problem that if he fixes would make him a dangerous future NFL star. 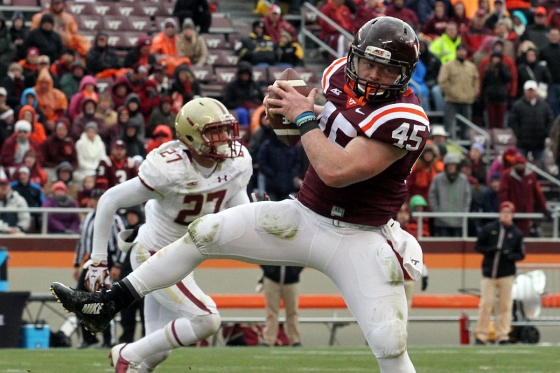 During his freshman season, Travon McMillian rushed for 1,042 yards and 7 touchdowns which put him 6th in the nation, among freshman, in rushing yards. He would not have gotten there without the incredible blocking of Sam Rogers. The Virginia Tech fullback has earned himself a shot at becoming an NFL draft pick after walking on as a freshman. 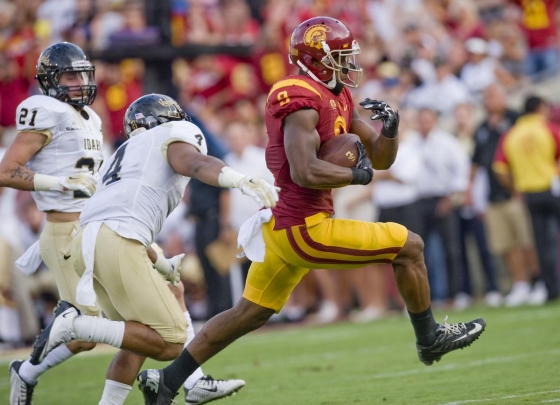 Ever since Pete Carroll left town, the USC Trojans have struggled to get back into the national spotlight and it has resulted in several seasons of four or more losses including finishing last year 8-6. But JuJu Smith-Schuster is a reason to watch them, especially when they face Alabama in week 1. He is a big, physical, quick, yard guzzling wide receiver that could end up putting up large numbers even though he is the only star left in their roster of WR’s. 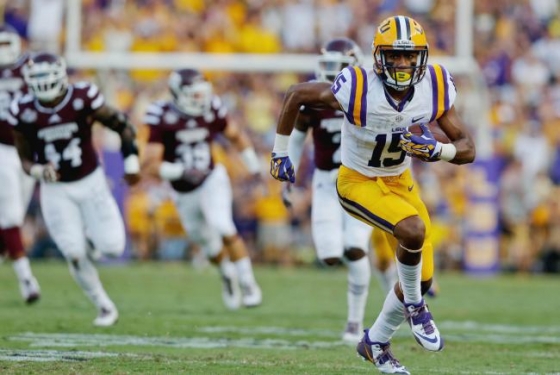 Leonard Fournette isn’t the only offensive weapon in a loaded LSU offense. Malachi Dupre has performed over the past two seasons in a run-heavy offense that struggles with the pass. His 1,016 yards in two seasons does not sound great compared to the others on this lineup but LSU’s passing offense finished 105th in the country last year and he still finished with 33% of the total passing yards for the year. He has the measurables that an NFL scout loves and could be in for a very big 2016 campaign before heading into the NFL draft next April and being a first or second round pick. 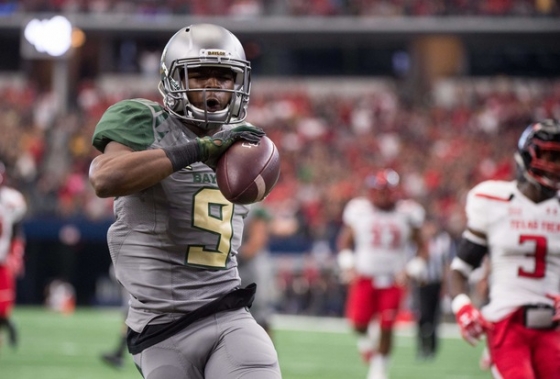 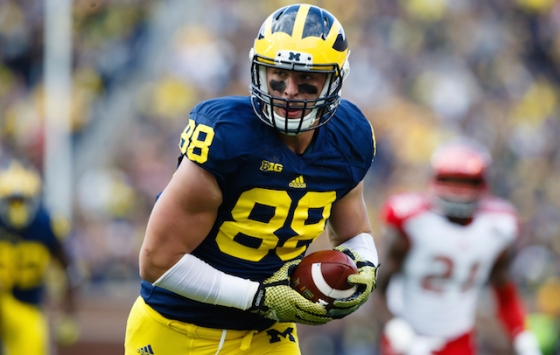 Not only does he have the best name on this lineup, Jake Butt finished last season with great numbers at the TE position (51 receptions, 654 yards, 3 td). He is going to have another big season for the Wolverines in 2016 and it should push him into the national discussion for being the first TE off the NFL draft board next year. He can catch better than most TEs in the entire country while adding a solid blocking ability with his large frame of 6’5″, 250 pounds. 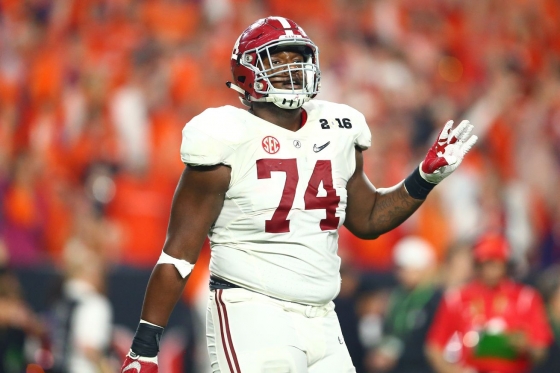 After two seasons of not truly living up to the hype, Cam Robinson is in a perfect position to remind everyone why he is one of the best offensive lineman in the country. He gets to work along side so many talented stars at Alabama that when he makes mistakes, it isn’t easy to find them. There are several future NFL stars at the OT position this season but few of them have the privilege of blocking for a slew of big time RBs. 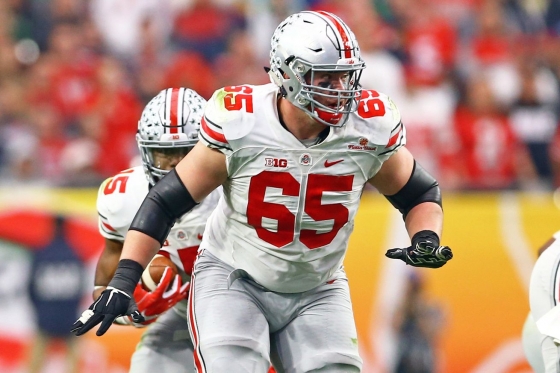 It appears that Pat Elflein is going to be the newest Center on the O-Line for the Ohio State Buckeyes, moving over from guard. His size was a big part of the reason for the move, as an undersized guard, his potential was limited but by moving him over to OC, he becomes a dangerous first round NFL draft pick. Expect a lot of running from freshman Mike Weber. 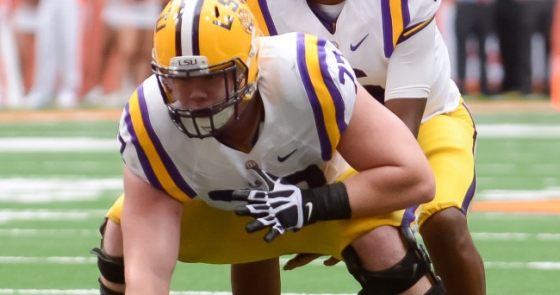 Ethan Pocic is huge. At 6’7″, 310 pounds, he is the largest Center that is going to hear their name called during the next NFL draft. Normally, the OC isn’t bigger than 6’4″ but since he is a former guard, his size only turns him into an even better OC prospect in the NFL. 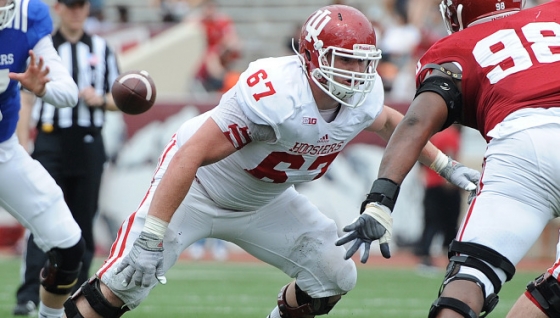 Tevin Coleman became an outstanding NFL prospect running behind Dan Feeney in Indiana back in 2014. But he ended up performing even better than that last season and has now become a legit NFL caliber OG that is going to truly help the Indiana running game in 2016. There aren’t too many better options in college football this season at the OG spot. 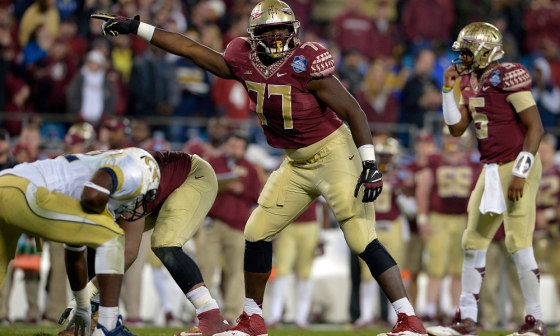 Dalvin Cook doesn’t become a star without Roderick Johnson protecting the outside of the offensive line. He has become an anchor in an underrated key to the Seminoles success in recent years, their O-line. His abilities are loaded with few weaknesses. He is an effective run blocking lineman but the key to his future is how good he can be in pass blocking.