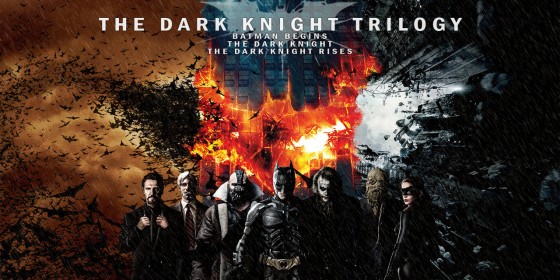 After beginning with Detective Comics in 1937, The first Batman Movie was released in 1943. It came in the form of a serial, a short film released along with feature films, in a 15-part series that turned Batman into a celebrity loved by everyone. That led to the first Batman television series, starring Adam West as the Caped Crusader, which spawned the first official feature film in the Batman series in 1966.

Over the next 50 years, Batman would reach the big screen another eight times including the upcoming Batman v Superman: Dawn of Justice. In honor of the greatest superhero of all-time, we have decided to rank all eight of the cinematic feature films, no cartoons, over the past 60 years. Enjoy.

Review: The only reason Batman & Robin makes this list is because it is a feature film in the Batman series. Otherwise, we would leave this egregious excuse for a Batman film where it belongs, in the trash. This movie was nothing more than a way to capitalize on the success of the name Batman, nothing more. It was the biggest sellout in cinema history and everyone knew it. It hurts to even explain how terrible this film was having seen it in theaters almost 20 years ago. If you haven’t seen it yet, do yourself a favor and don’t do it.

Box Office: $3 Million (about $22.2 million when adjusted for inflation)

Review: During the first two seasons of the Batman television series back in 1966 and 1967, the first full-length feature film about Batman was released. It only lasted about four weeks and brought in a solid $3 million dollars. It isn’t the box office return that the others earned but it was still great for the 1960’s. It was also the start of a box office phenomenon starring the best comic book hero of all-time.

Review: After the disaster of a film, Batman & Robin,nearly destroyed any chances of another Batman film ever being created, Christopher Nolan decided to revive the story with Batman Begins. It was a new style of storytelling we were not used to seeing out of Batman, it was dark, gritty, and showed us just how he became the infamous Batman. Although it was 500 times better than Batman & Robin, it still was just the beginning of something Batman fans weren’t sure about at the time. That is, until the second one came out and completely destroyed any negative opinions left about the Batman movies.

Review: Following Tim Burton’s Batman was a third movie that many people had mixed feelings about. But when you peel back the story-line and truly appreciate what this movie was, you would then see just how incredible of a movie it was, regardless of who was directing it. If Jim Carrey had done more dramatic roles prior to his portrayal of The Riddler, there would have been much more appreciation for his creation of one of the toughest characters to portray in the Batman universe. Val Kilmer did a fantastic job as Batman but was overshadowed by everyone’s anger about Michael Keaton not returning for the third film. This movie just had bad timing, that’s all.

Review: How can you follow the success of The Dark Knight which saw eight Academy Award nominations, $533 million at the box office, and one of the best performances by a supporting actor ever? It wasn’t easy but The Dark Knight Rises was everything we would hope out of the Christopher Nolan creations. It closed a lot of gaps, answered a ton of questions, and, most importantly, left a few unanswered questions for the future. It didn’t hurt to have Tom Hardy do a brilliant job as Bane too.

Review: The first one will forever be one of the greatest Batman films. How can you not enjoy Jack Nicholson’s portrayal of the Joker? No one knew what to expect from Batman since it had been over 20 years since the first movie was released. This was going to be a much darker story than most fans have been used to while also introducing us to Michael Keaton as Batman. Not only was he perfectly suited for the role, he earned the respect of all the Batman fans which led to his second role in Batman Returns.

Review: After Heath Ledger’s untimely death before the film’s release, the buzz began to explode with rumors about this being the best portrayal of the Joker ever. It even helped win him the Academy Award for Best Supporting Actor posthumously. This movie had a great story-line that had us on the edge of our seats from start to finish but it was truly the Joker that stole the show and turned this one into one of the greatest of all-time.

Review: There are very few sequels that were better than the original. However, Batman Returns showed us what Tim Burton could do at his best. It introduced us to two new villains, Penguin and Catwoman, both of which were done amazingly by Danny DeVito and Michelle Pfeiffer. This was the first time we got to see Bruce Wayne juggle between his personal life and being Batman. It was also the first time we witnessed a villain completely control him before he was able to figure out a way to escape. The first Batman is and always will be one of the best but respectively Batman Returns is the greatest Batman movie ever.