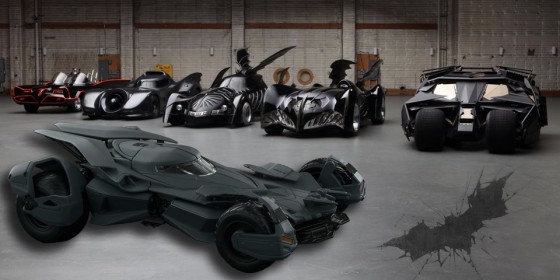 In the history of cinema, there has never been a vehicle with as much power and respect as Batman’s Batmobile. Think about it for a minute. Can you honestly think of a cooler way to show up to your high school reunion than in the batmobile? Or anywhere else for that matter. It is the coolest car ever driven by a superhero and it belongs to one of the best.

But Batman wasn’t always driving around, sometimes he was flying or cruising on water. Regardless of where he was going, Batman was always able to get there because of his amazing arsenal of vehicles. In honor of the release of the latest in the Batman franchise, Batman v Superman: Dawn of Justice, we decided to put together a list of all the coolest vehicles Batman has ever used. We’ll reserve judgement on the new Batmobile until we see the new movie. Enjoy. 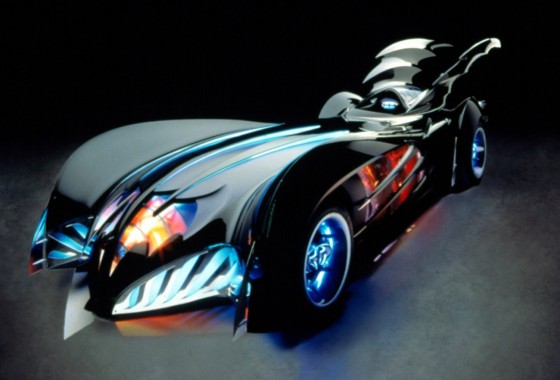 If the goal was to build a Batmobile to match the same colorful environment that Joel Schumacher turned Gotham City into, then they succeeded. Of all the batmobile’s that appeared on screen, this one was by far the ugliest. The only reason we featured it was because we had to. If you haven’t realized by now, Batman & Robin was such a terrible movie, even the vehicles sucked. 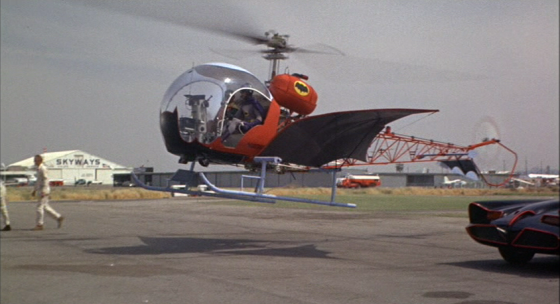 The first full-length feature film about Batman was released 50 years ago and they had some of the best vehicles including a lot of original ones that haven’t been used in any other movie like the Batcopter.

The Batcopter was a fully functional helicopter that was leased by 20th Century Fox and was the only Batman vehicle that they didn’t own. Although it doesn’t have the dark, black, batty look as the other vehicles we will see, it was surely one of the coolest. 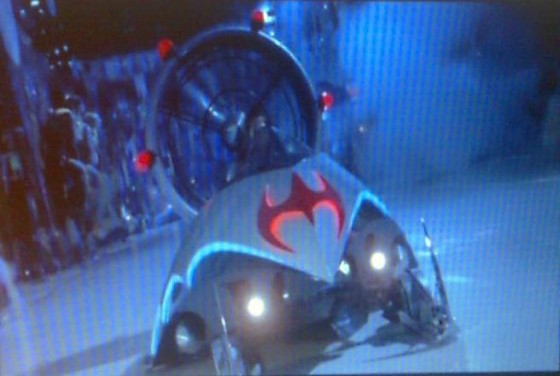 Technically this wasn’t a Batman vehicle since it was only driven by Robin, it was still part of the Batman garage of designs, which were all done by Bruce Wayne.

It is cute, isn’t it? Robin had to drive it when Mr.Freeze had frozen Gotham City and the entire area was covered in snow or ice. It’s only purpose was to travel on icy roads. 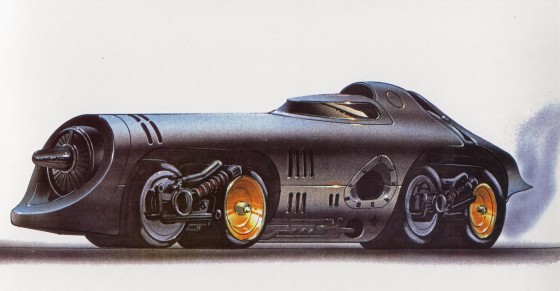 Batman always had a backup plan. It did not matter how bad everything was looking, he knew a way to escape. The Batmissle was just another product of his intelligence. When he was being chased by the Gotham City Police Department after Penguin took control of the batmobile, Batman turned down a street with only a tiny opening not meant for any vehicles to fit through. He hit the button and the batmobile fell apart leaving nothing more than the Batmissle which barely made it through the opening. 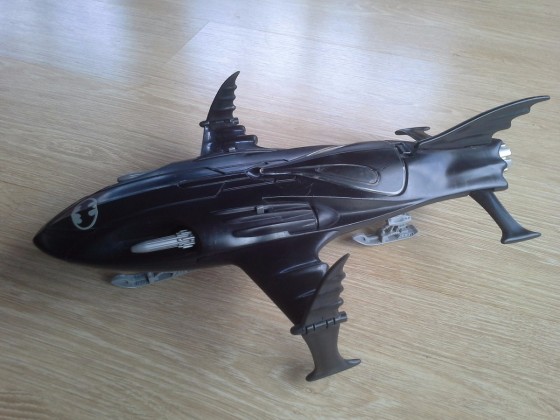 Tim Burton created a monster with Batman Returns. The second movie in the first Batman film franchise gave us many new vehicles and toys. The Batskiboat was used to penetrate the Penguins underground lair. It was quiet and nearly undetectable similar to a stealth bomber. 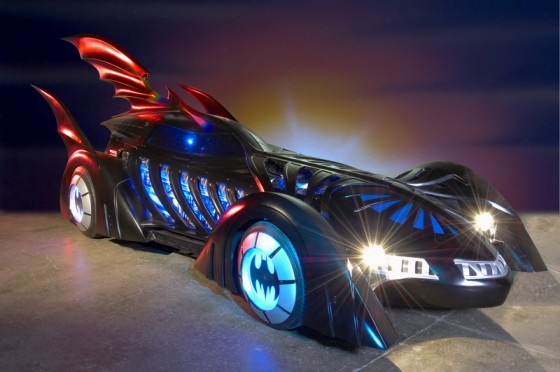 For the most part, the Batmobile used in Batman Forever was much smoother than the movie itself. After having used the same Tim Burton designed model in the previous two Batman movies, the powers that be decided to change the look and feel of it. Not only was this what they came up with, they added some weaponry to the mix too. 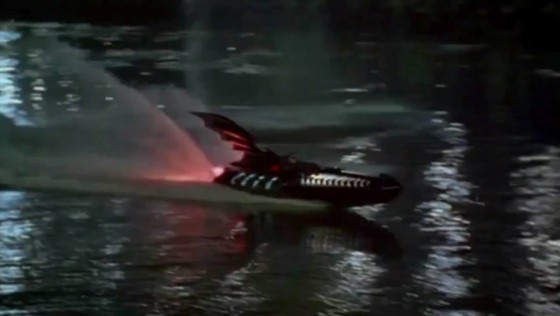 The Batboat had a very short life span in Batman Forever and it didn’t take long for Two-Face to blow it up. Although it was driven by Robin, not Batman, this is still one of the cooler rides in Batman’s garage. The high rear wing gives it that distinguishable Batman feel to it. 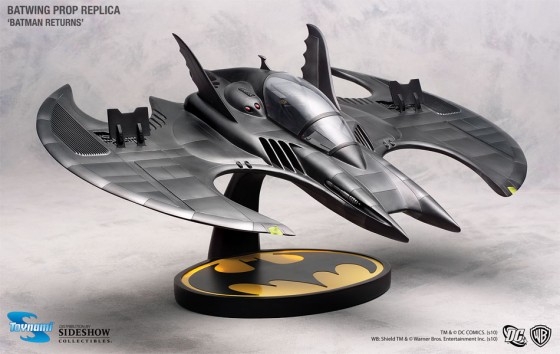 If you were a kid in the 90’s, chances are you owned the Batwing. It was truly one of the best toys of all-time. The one used in the Tim Burton movies was just as awesome too. It was clearly 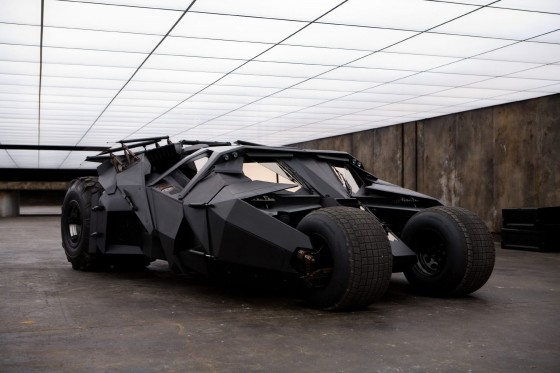 Batman has had some of the coolest Batmobiles but in the Christopher Nolan franchise, the car we have all become accustomed to had an entirely different style when the Tumbler was revealed. The original design was meant for the military to use as a bridging vehicle. In other words, this armored tank was nothing more than a military prototype that wasn’t intended for Batman but ended up in his hands anyways. 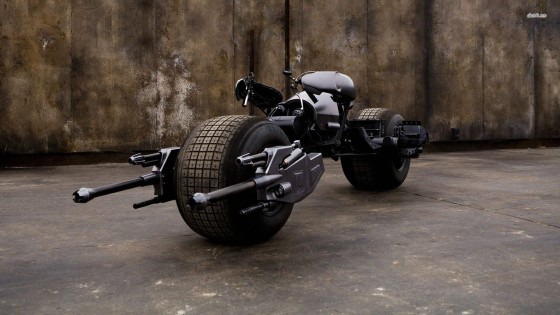 One of the best action sequences of the Christopher Nolan trilogy included the Batpod. When Harvey Dent was being transported in the back of an armored police van, the Joker shows up and the fun begins. Batman followed closely behind in the Tumbler but after crashing it, he breaks off from it in the Batpod. The rest is action cinema history and one of the finest works of art Christopher Nolan constructed in the Batman franchise. 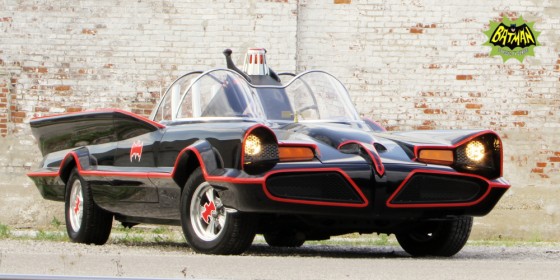 Although we are looking at one of the oldest Batman vehicles ever built, it is still one of the coolest. It was the only one designed as a convertible built for both Batman and Robin to ride around in. The body style remains one of the coolest to ever appear on television and the big screen. 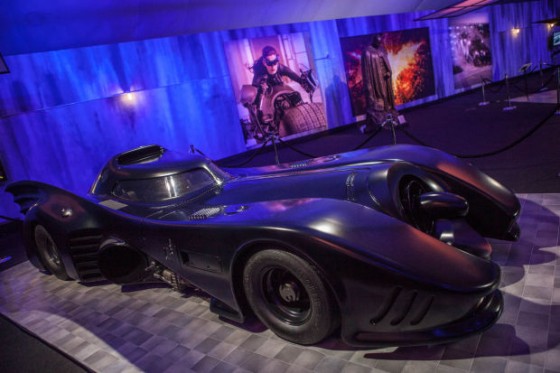 Honestly, is there a more iconic superhero vehicle than this version of the Batmobile? It is by far the baddest of all the Batman rides. There isn’t a man on this earth that would turn down a chance to run around their town driving this thing. Ladies will be lining up just handing you their numbers.